Perhaps one of these?

What's in that one spot below the second E of Leeds that you don't have?

Its in Holbeck/Beeston
Think i've ridden it pre-strava days, but not really a rush to head back as its a bit urban, It'll get picked up at some point.
Same as a few others out Castleford way.


Blimey, I was coming to post in here about getting to 10*10, as I realised that I was near a missing square yesterday so went for an explore.... But that feels rather insignificant compared to the map above!

Nar, its just about getting out to new places. Thats all I have done, and it just builds up over time.


Decent climb up there from Walsden gets you up onto trails to Hades Hill etc, and "Limers Gate" back out north to the main road into Tod is rideable iirc

I've been up that track before, but have turned off towards the Observatory. Another one to check out and link into the square down in Wardle.
Theres also a handful of squares up in the Dales which would greatly up my cluster, with a bit of a targeted approach. Just trying to ride to explore rather than for the sake of it at the moment.
Top

VV is a very interesting tool, really makes you think about things differently. I'm nearly up to 3,000 miles this year, but nearly all of those are on the same bits as I cycle commute to work. If that was spread around it would be far more interesting

My fun rides tend to be on a MTB, I reckon if I was more gravel/road orientated those fun rides (which don't happen that much at the moment and even then only in the evenings) would result in more VV tiles. Especially as I need to get further and further from home to get them

very interesting for a geek!
Top

VV explorer's been a huge boon to my riding this year, it's completely changed my approach. It's got me out riding places I usually wouldn't have looked twice at (hi Wigan!) and it's all been great. I've probably averaged a ride a week specifically on routes I've plotted just to get squares.

I think I'm three rides and a walk away from jumping to the top of the BB leaderboard for biggest square. Unfortunatley they include Bleaklow and Howden Moor/Pike Lowe so not something I'll be doing in a hurry.

BigdummySteve wrote: ↑
Sun Sep 08, 2019 11:51 pm
Today saw a daring mission where I may have accidentally trespassed on some MOD land, Kineton base is the largest ammunition dump in Europe apparently so i was very careful not to upset anyone, I imagine they could get a little twitchy.

That was on my list today. Though I just followed the 'Battlefield Trail' from Westcote Farm to Red Lane. The bridleway appears to stop at the boundary fence but took the attitude that the trail is a permissive route 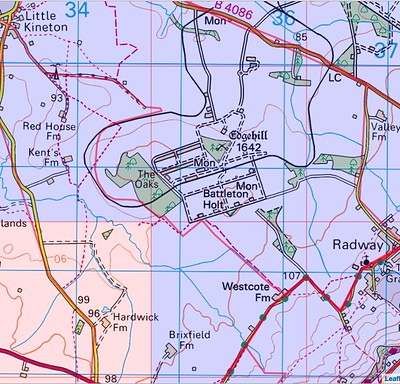 Warning sign on the other side was almost polite 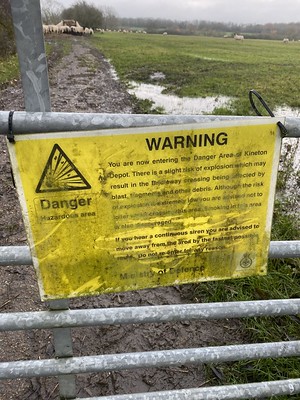 In Reverse wrote: ↑
Tue Nov 12, 2019 4:15 pm
I think I'm three rides and a walk away from jumping to the top of the BB leaderboard for biggest square.

Is that so? Guess I'd better start exploring again!

Currently at 17x17 and a cluster of 569 - but got some routes already planned, to extend this somewhat.
There are a couple of tiles which are going to require some imagination, but that's part of the appeal, in my opinion
Top

Got my max square up to 16x16 in December and added a little to the max cluster today. Had fish and chips on the seafront with the family at the half way point of today's ride too

Got mine up to 13. Seems like I only need to visit a few squares at top and bottom and it'll (the max square) get much bigger (like by 1 or 2 digits).

But what I dont get is how everyone else's square looks so easy to read whereas mine I have to squint. Even after adjusting colours and opacities...

NB (and sorry to be a pain) this is how it looks in the app but then my actual square doesn't show up (have tried to calibrate it but still nowt!)...

Can anyone remind me (this is the 'sorry.. pain".. bit) whats the significance of the blue squares and the green ones... obviohsly the green boxes are where I've ever been but then so are the blues as they're not actually my total big square!

[Edit] doesn't matter. Have looked at it again and I think I remember the significance of the blue again (that all neighbouring squares have been filled)
Top

Shaf, your blue/purple squares are part of the largest contiguous block of squares that don't border a square you haven't visited. Hope that makes sense.

whitestone wrote: ↑
Fri Mar 13, 2020 4:52 pm
Shaf, your blue/purple squares are part of the largest contiguous block of squares that don't border a square you haven't visited. Hope that makes sense.

Does indeed Bob... can't promise I won't forget again when it comes to having managed to make the sqaure slightly bigger again in a year or so

thanks v much indeed
Top

Good work!! I'm still struggling to get past 15x15, though my Cluster is gradually increasing - now at 826
http://www.blog.scotroutes.com/

Good work!! I'm still struggling to get past 15x15, though my Cluster is gradually increasing - now at 826

Cheers, the Brompton has been the key, it lives in my work van so if I finish early I often stop off and do a few miles. Lots of little rides up 15 miles have filled in the little gaps and single squares, crap off road though.

Think 22x22 is there easily but as you know it gets progressively harder.
There's a place up ahead and I'm goin'
Just as fast as my feet can fly
Top

I've been stuck on 22x22 for a while now, actually nearly a year. The problem is that I'm constrained by a couple of shooting estates that aren't exactly access friendly. A bit of walking should sort most of that out, really quite hard to be cheeky riding some of it. I've also lots of isolated missing squares that are really hard to get to by any means.

My max cluster is now 1709 since I managed to link up two big blocks here in the Dales and the Lakes. Ticking off those isolated squares would probably get that to 2000 as they "block" linking up other big areas I've visited.

I'm actually stood in one of my (soon to be not) empty squares right now... Had to move over from other side of the road (a laybe on a B road) cos it was filthy. Dirty idiots who think they should throw their crap at the layby... there's even a marigold glove in there

(hope that wasn't you Reg

Won't take a pic of that layby as it might dirty the thread...

But this is the view from said square 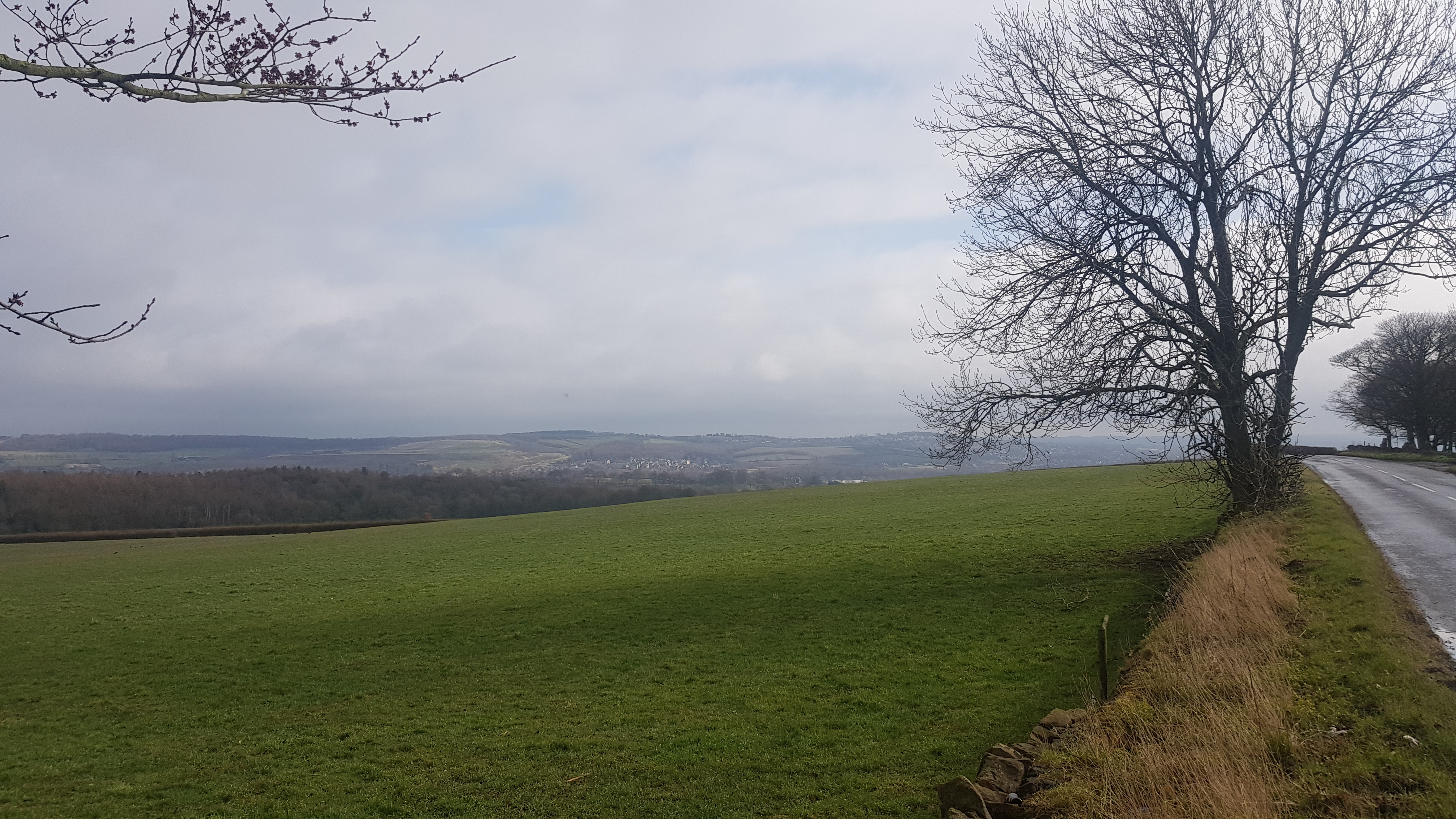 22 is further away than I thought.
There's a place up ahead and I'm goin'
Just as fast as my feet can fly
Top

22 is further away than I thought.

Looks like my efforts to go beyond 17x17 are going to be put on hold for some time.
Whenever it's possible to get out and about again, a few carefully planned 40 mile rides should jump me up to the low twenties
Top

I got interviewed by a cycling weekly bod about this tile hunting lark on Friday, so it looks like there will be an article in the cycling comic about it in the future, not that I ever buy it

The old git in the yellow socks
Top

So I think I am going to concentrate on a yearly vv square max this year. I did a ride taking me to 9x9 for 2020 on Saturday and I intend to keep to mostly 2-3 hour rides for foreseeable future. A few years ago I had a look in November and got to 15x15 by year end with a couple of rides specific rides. Surprisingly it took an hour and a half to reach one square that in theory was barely 8km as crow flies. Optimistically, I have set boundaries for 25x25 for the year but not sure if possible. We'll see.

I am probably lucky that around me is a good network of quiet roads and tracks but we can all set a realistic target for ourselves.

As for how I've been doing it. Acetate on my screen (with a grid) then using GPSies at the appropriate zoom level. Old skool tech! lol

I don't actually know of any mapping sites (aside from the Strava addon mentioned above) that will show you.

All I do is do a segment search of who's rode what and create a route from their route and adjust accordingly to suit your own ride, obviously isn't always easy as some private their rides but plenty of others on the leaderboards & if theres a fair few on the leaderboard you know its pretty much rideable

First I heard of this tile collecting was my first ride on the WRT last year and Richard G was shooting off to collect a tile and i was like WTF is that all about, but seems a great idea to ride new pastures. I've still not committed to Veloveiwer to get going yet tho but may do
Living on dreams and custard creams

Its the best £10 you'll ever spend