Selling this cos... I think its about time as I have the lovely Italian frame that can be ridden and its Columbus tubing.

Pics to come but its a fine machine. Might include the Alpamayo half frame bag as well as the top tube R*pha bag which is fixed in place with some mushroom velcro stuff. Its a nice bike and my commuter and weighed proper low but without being so low that I'd be worried. Does have one battle scar from chain coming off but thats about it. Happy for new buyer to take it for a good spin and see how they feel...

Ultegra is generally di2 all round and the rear mech is the bigger cage r800summat.

Wheels are Dura Ace but whilst the hubs are smooth (rear freehub could do with a good regrease if anyoje has that tool that pushes new grease in with old grease out) the rims have seen better days. Theyre the c24 and the rear looks a bit delaminated and not that much breaking surface left anyways... front is in much better nick and probably has at least 2000 miles left worth of braking surface.

Front mech is the older ultegra di2 but I got with a slight fracture in the cage. Every few months I just renew the slither of tape and as long as I'm changing gears carefully and thoughtfully it does the trick (ie... I move uo the rear cassette to at least the 25 sprocket before jumping to big ring upfront).

Its all 11 speed and the chain is still well within its minimal wear limit but the hub is a 10 speed. Cassette is 32 and front is compact (34/50). So how'd we get an 11 speed cassette on without it being the newer 34 teeth ones with the extra shim... Well I had it reamed at a local engineering place by 1.8mm

Cranks are the lovely Dura Ace 9000 and rings have loads of life left (I always have a low threshold for swapping chains to save long term costs on rings).

Wraps are doubled up with a bit of gel inserts (medical grade but I bought em off fleabay).

Happy to entertain questions and if I've missed anything then let me know. No pedals but happy to let the xtr equiavalents go (yes... I'm an spd lad) if I gets good money for the bike and/or the pedals money goes for breathing stuff...

No cages as they'll go on my other bike.

Brakes are the lovely Dura Ace 7900 with Swisstop (the very best) pads.

Tyres I was running were the lovely gp5000 tubeless. But I will be throwing on some schwalbe with tubes in and you can tubeless the rims yerself (tape is insitu but you will nwed new valves).

Have I missed anything... Oh... the bottom bracket is Dura Ace pressed in. But with it being now at 8000 miles (I think) I reckon it could pribs do with a change as I'm getting some slight creaking on super steep hills (which went away after I threw some lube around the insertion area)...

Oh... I did a bit of careful drillium (only one hole but then sealedd from inside with some epoxy) to get the di2 up and running. It will come with a spare hanger (as these are made of cheese) as well as the insert for the back of the seatstay in case you wanted to convert it back to using standard gearing.

Have I missed anything

John... what'd you reckon would get me a good/quick sale??
Top

£50 should get a quick sale i would have thought

Lets say £999 but open to offers... its the 2017 version with nice squared looking carbon tube
Top

Now frameset only and pic added (of full bike).

Bit of the money going to help the needy so you'll have that feel good factor of having helped out in the 'most needed' sectors of the world (probably going with Yemen or Syria via One Nation*).

Frameset must go and just as an example, I paid £999ish on sale for this beauty in 2017... I think I've fallen out of love with cycling for the mo** so here it is to a lovely home.

Priced to sell quickly at the peanuts price of £555 but prices will keep coming down so feel free to throw up (not literally after food like) an offer. I'll just say yay or nay

You might be wonderingeth why the extra £55... well it'll be going in a prize draw (of who can portray why they need it most) for a shopping ticket from the chief Bearboners shop. So Earnie is doing his bit to keep that afloat also so he doesn't have to start selling of his staff (the cute dog I suppose

Now for the hard bit (explaining them asterisks)...

Some pics of my Earnie - as a tribute to his loyal service - in between getting slapped about...

Ok, price slashed again. No seatpost btw and the bottom bracket is still tight and nice but if someone has a method of sqeezing it out and reapplying some carbon paste, it'll salute you. On 8000ish miles and I'm certain it has over 2000 more 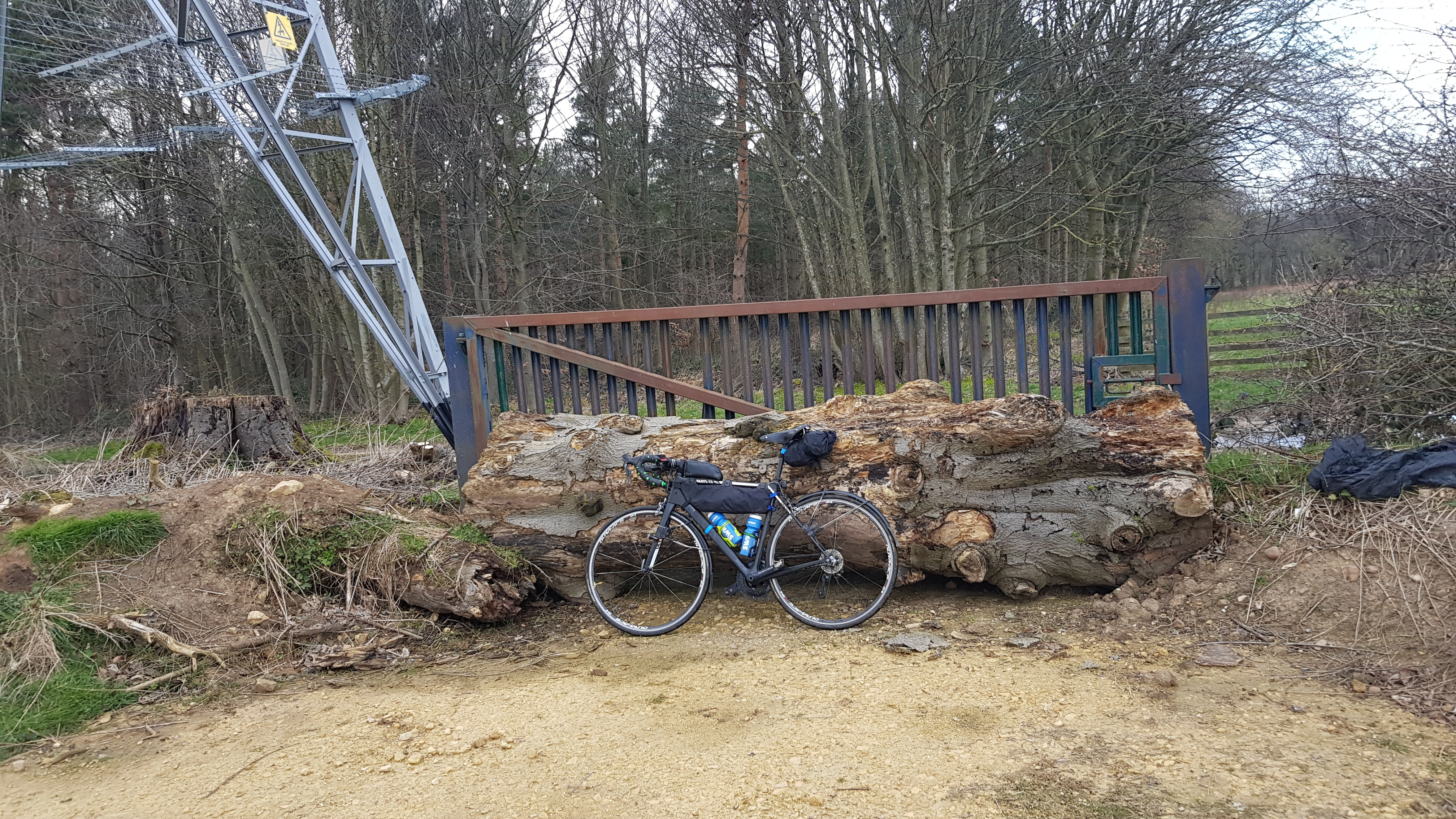 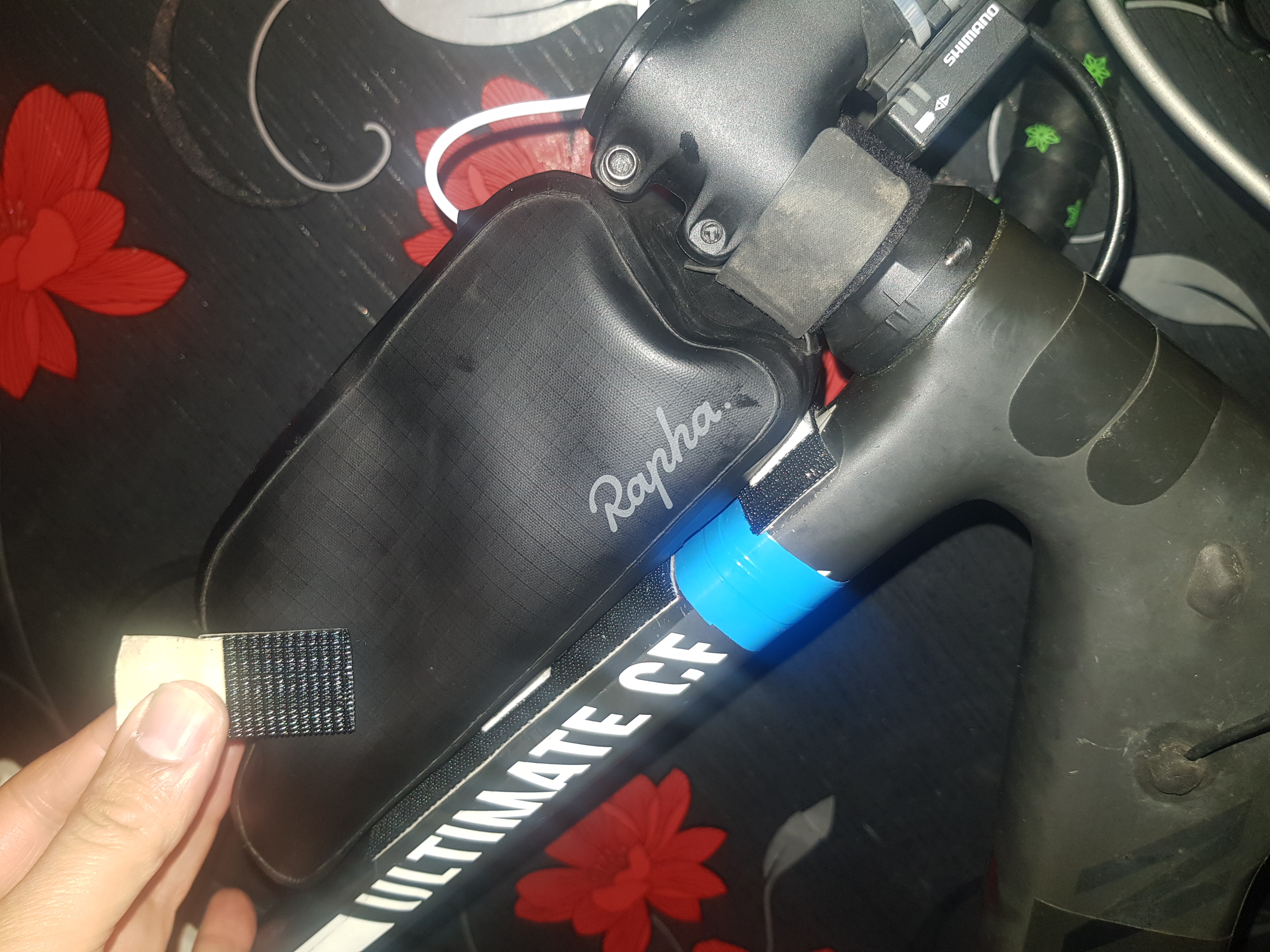 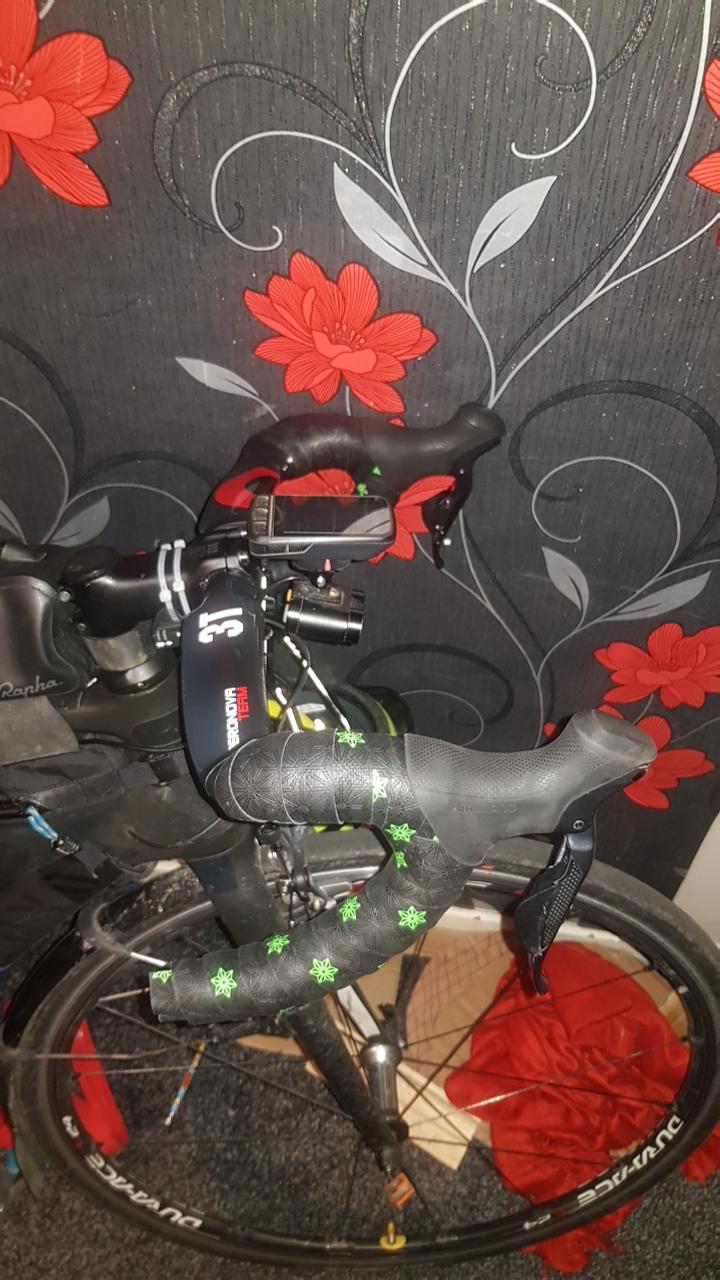 Apologies on behalf of the sorry looking wallpaper 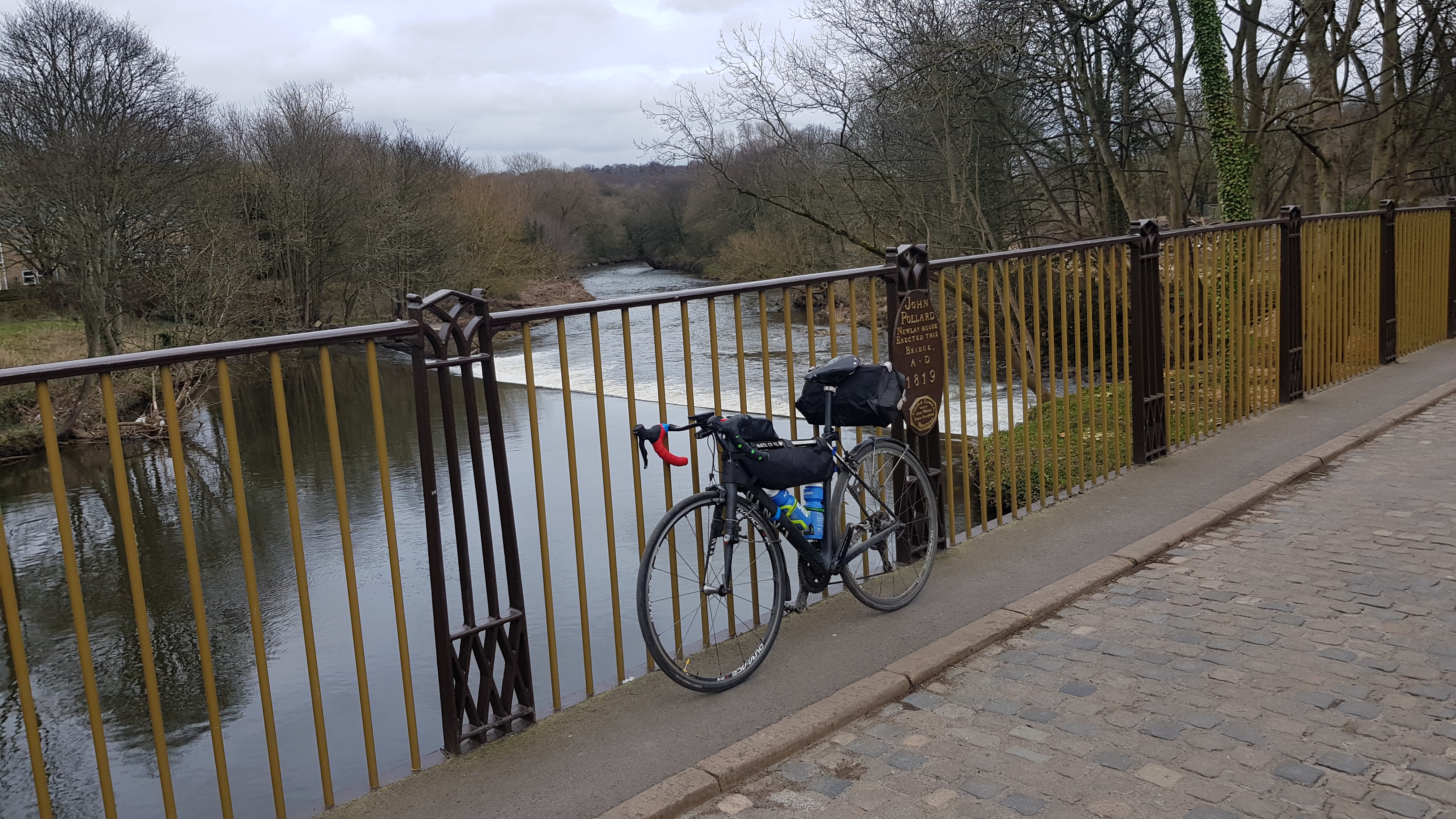 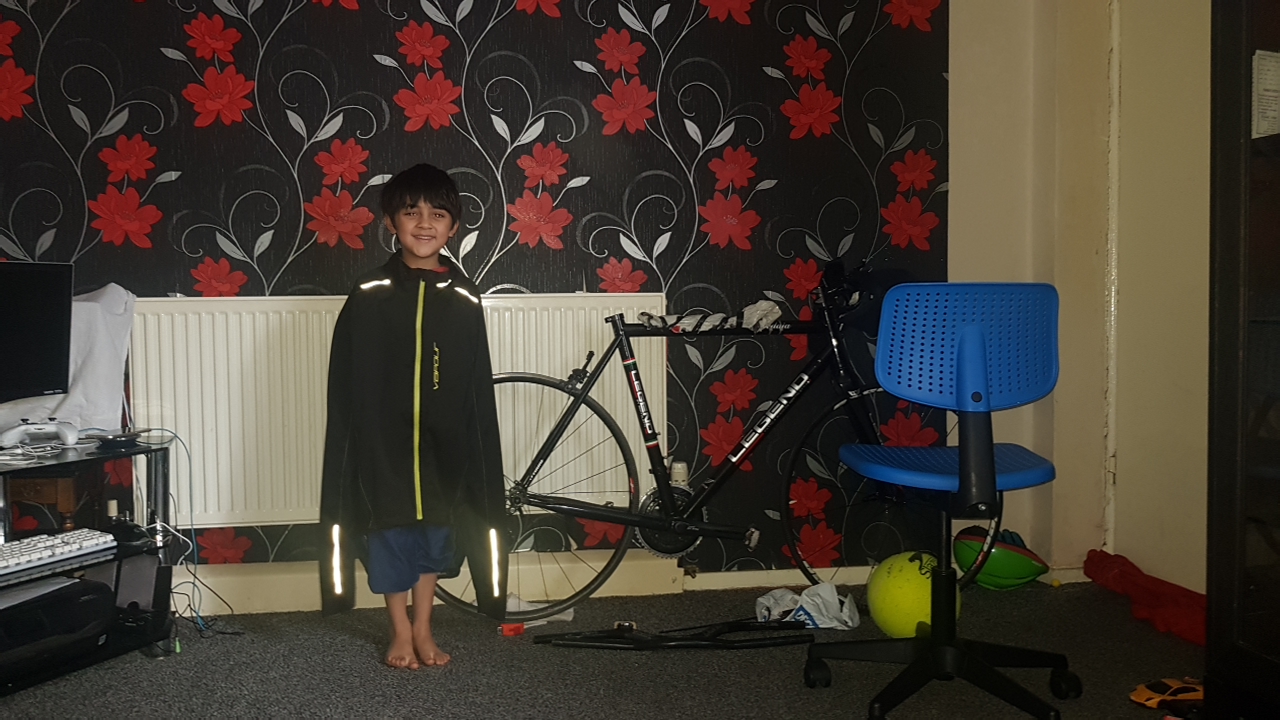 Dunno why he's smiling, he aint getting it when I'm dead... oh, thats the crappy Italian bike built by a very arrogant man who never smiles nor repsonds when you try speaking to him.. Oh well, maybe he will 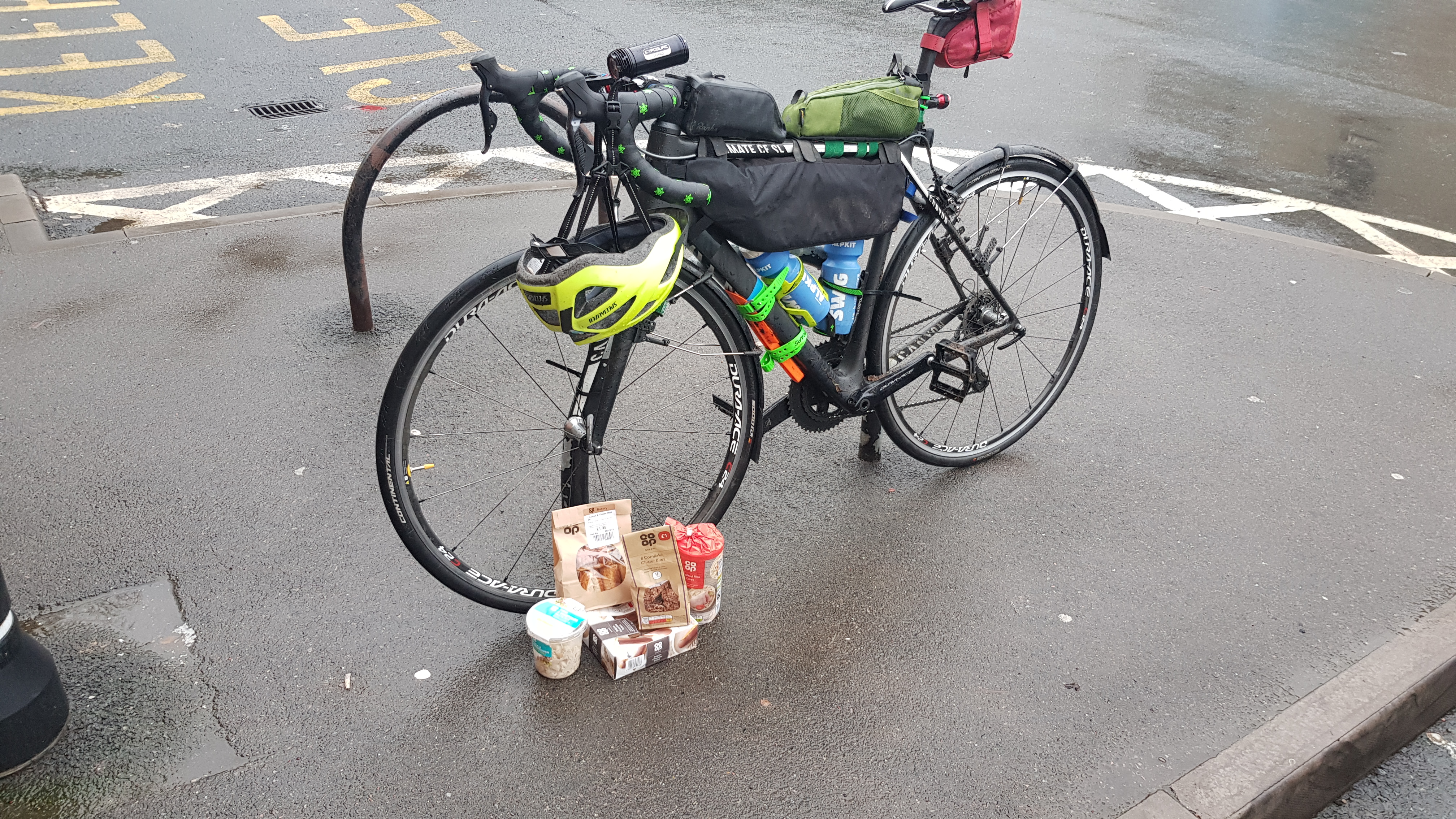 (but not in green sorry). 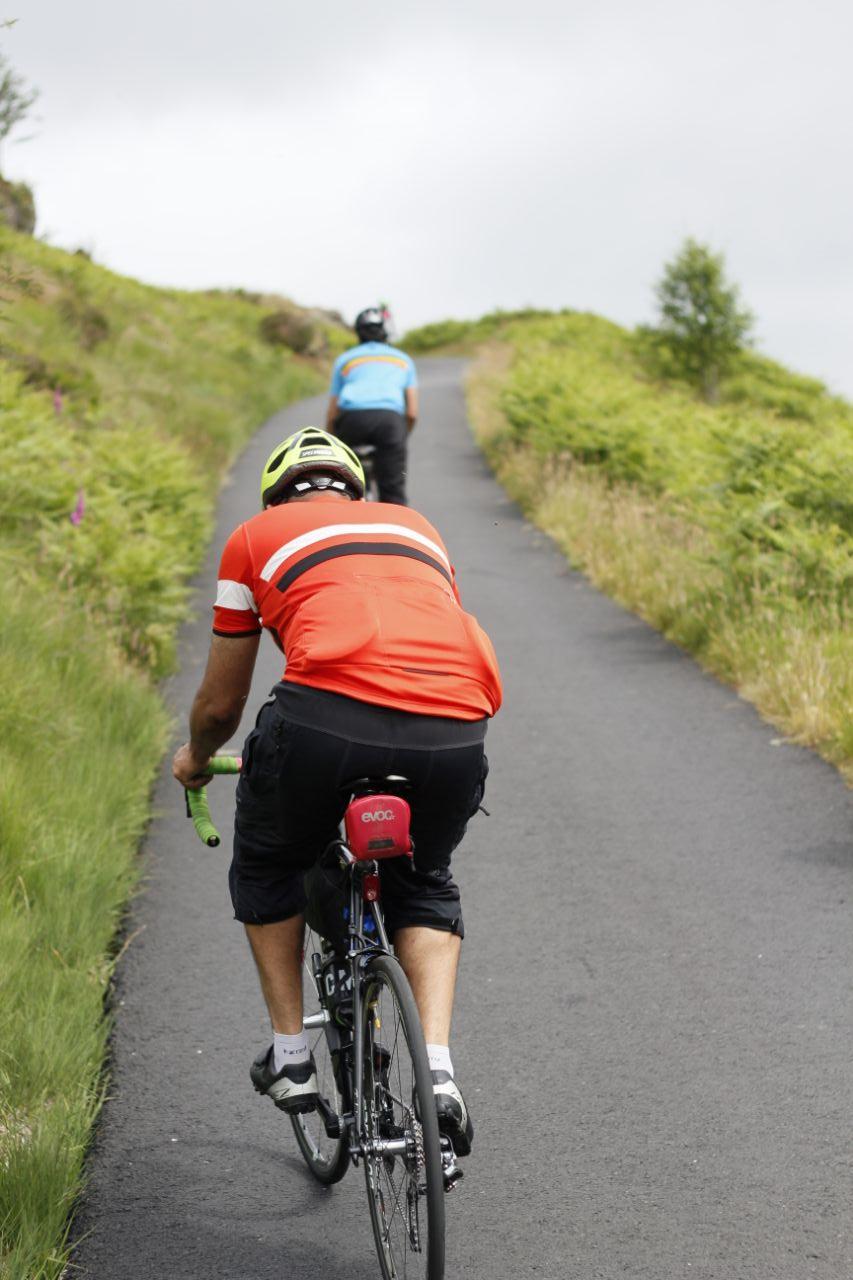 This was an embarrasing moment Earnies life. Climbing The Devils Staircase with my mate on his rusty bucket... Rusty bucket overtook Earnie. Earnie was very disappointed in me (yet again).

Oh some clever Scottish folk. Not sure what they're saying but it seems their trying to teach us all summat. From the university of Glaaaaaasgow. 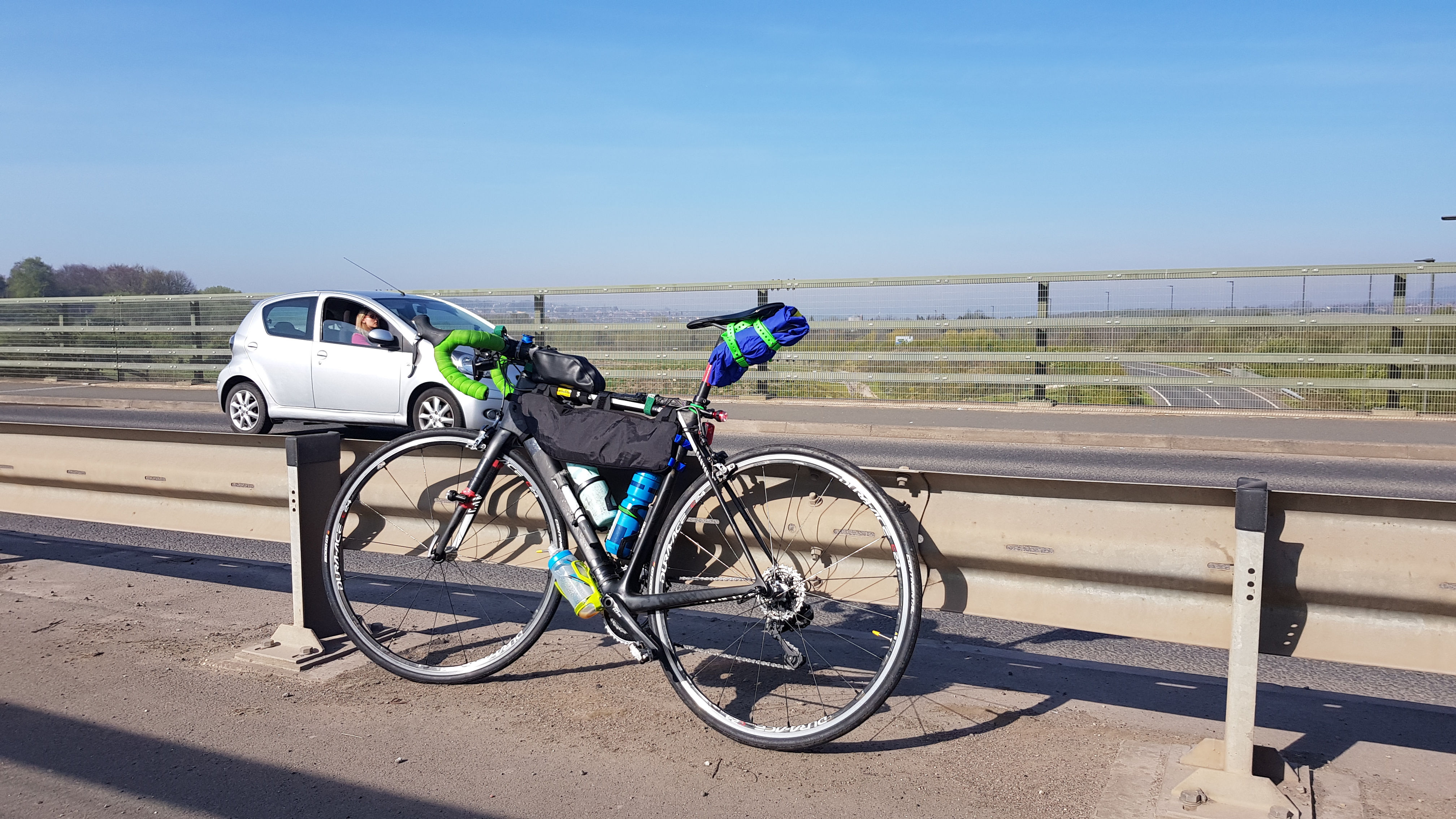 Again Earnie trying to ride to London but failing. Wearing some UKgreen voile straps also available from the Stu shop. 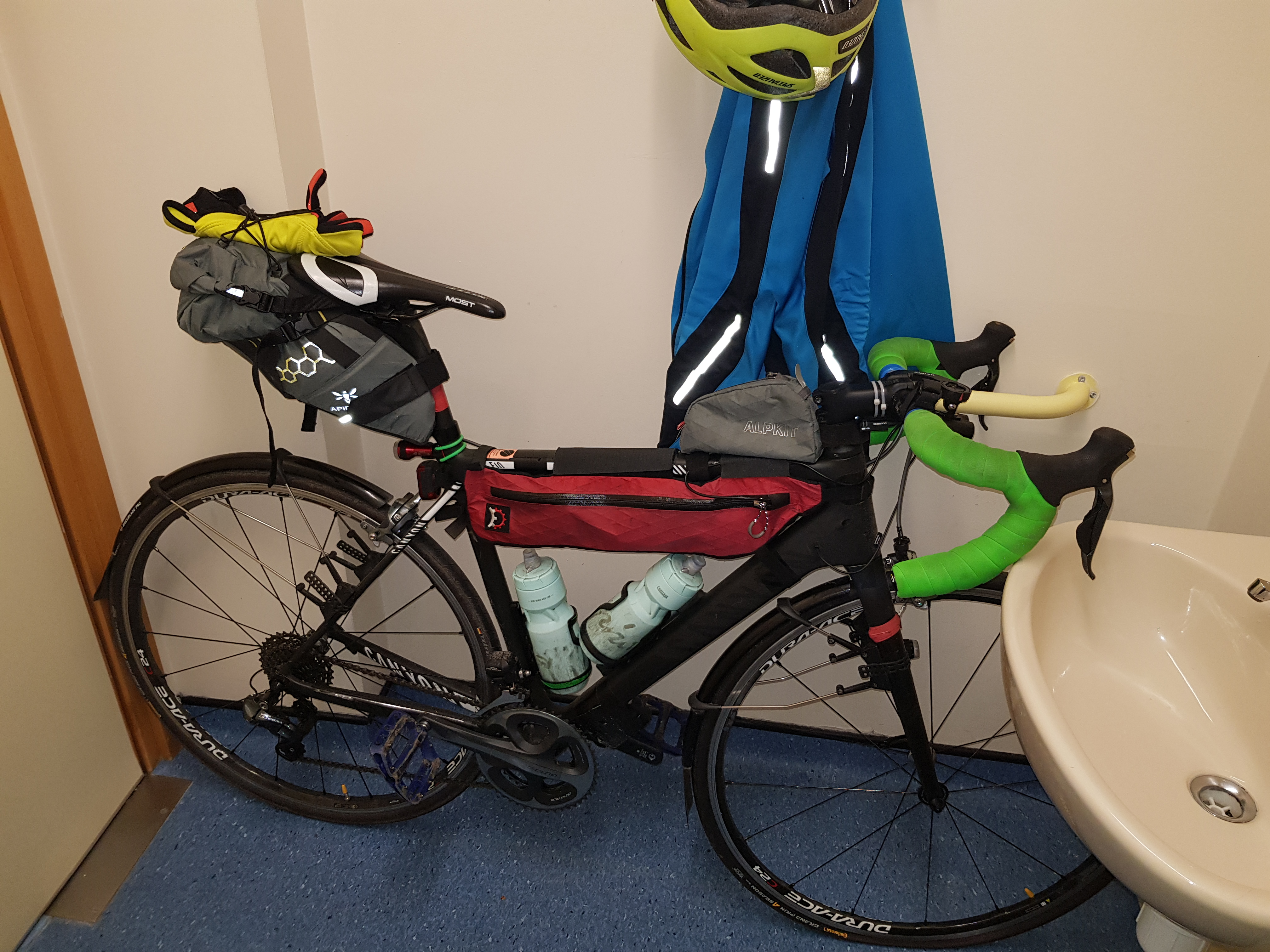 Hating me after having commuted me to Scarborough hospital. Wearing a saddlepack thats now happily in sunny Isle of Mann 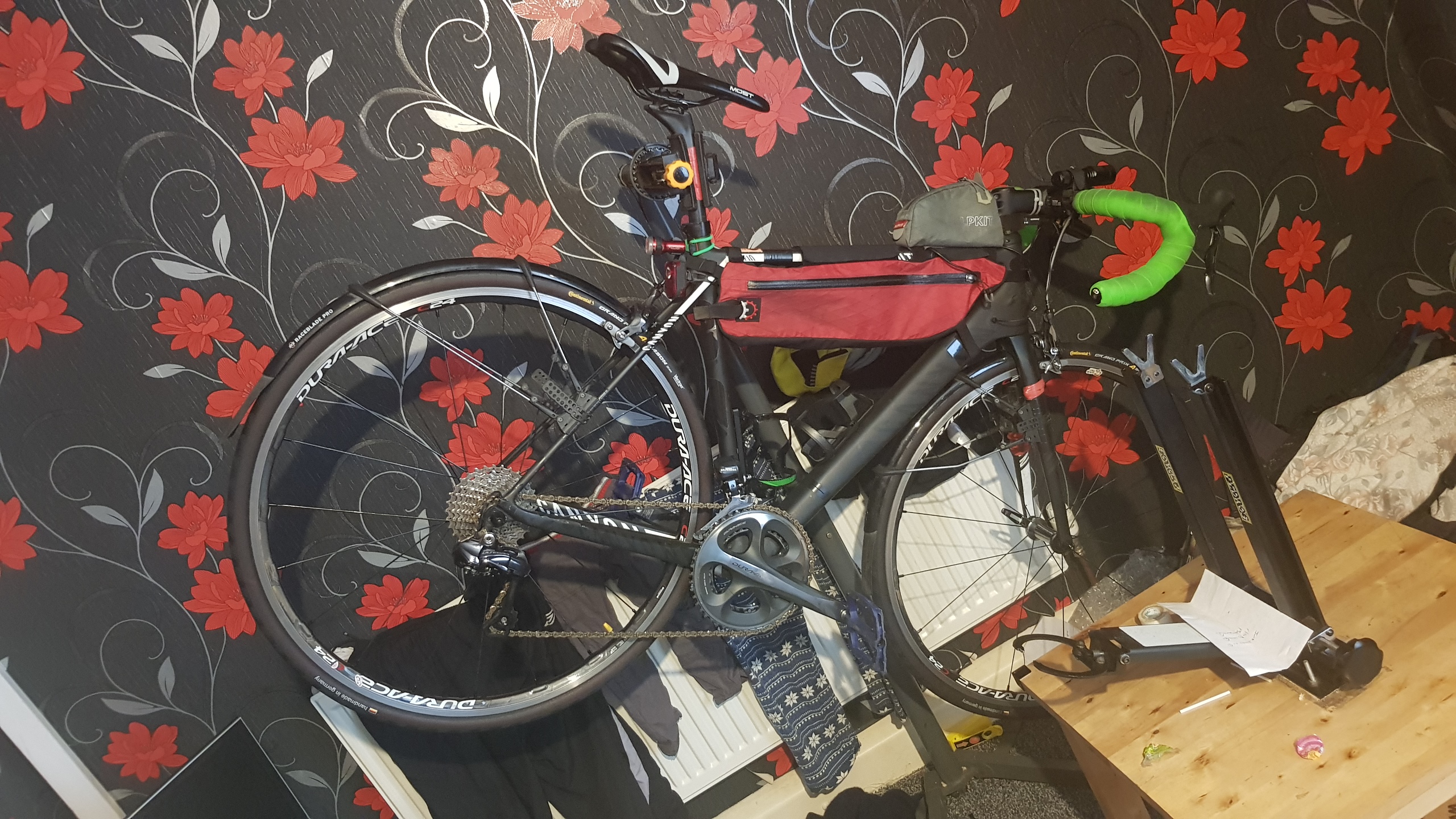 Donned in a piece of cycling history (the Revelate Avi) after maybe getting a newly built wheel!

*pic removed cos I wouldn't want anyone thinking Earnie can build into a fast bike but.. frame is circa 1000g and forks sub 400g

*
A rare shot of Earnie being ahead... even though its not a race (is it). 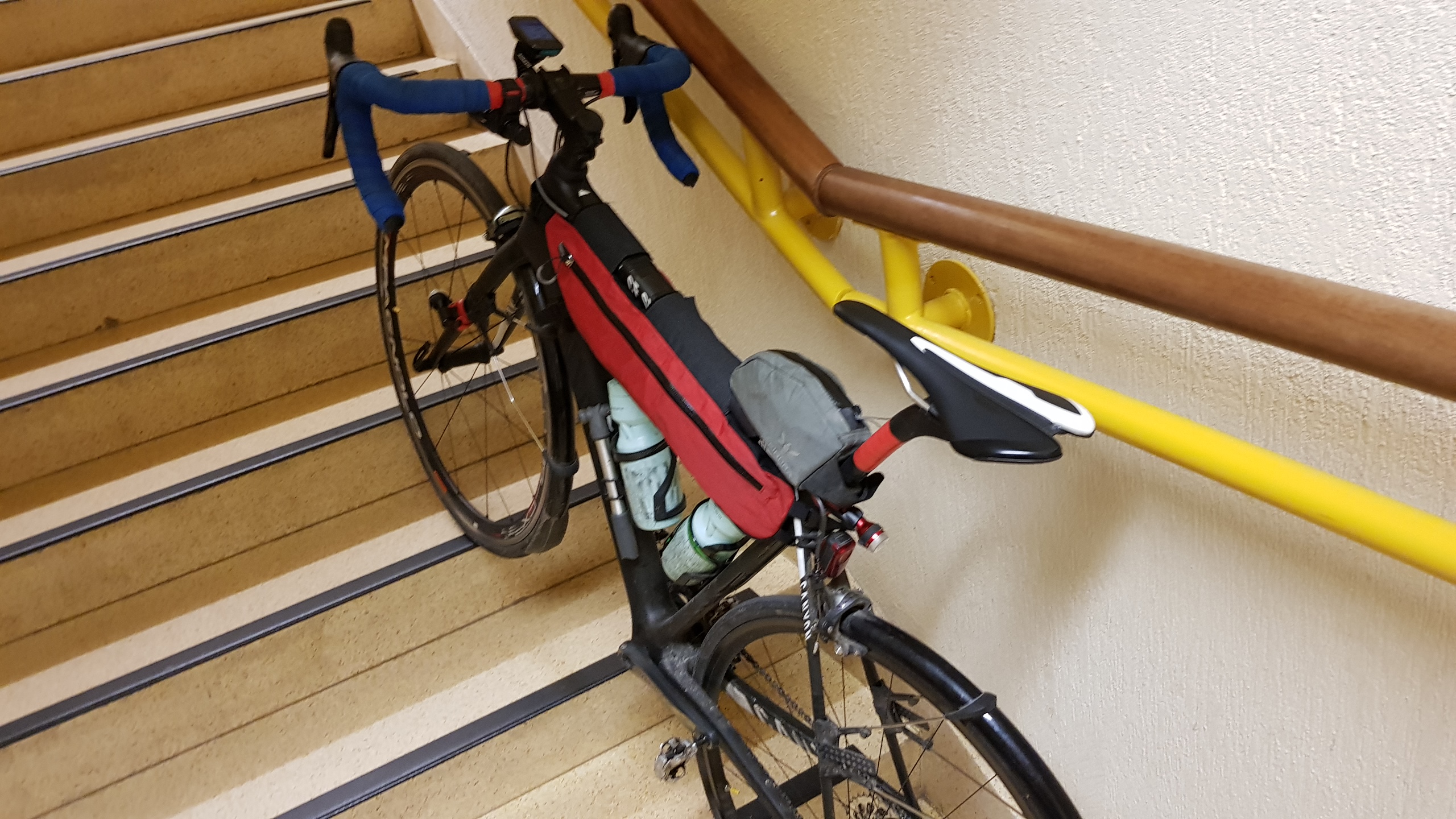 Another post-commute to Scarborough. This time Earnie not being in the bogs 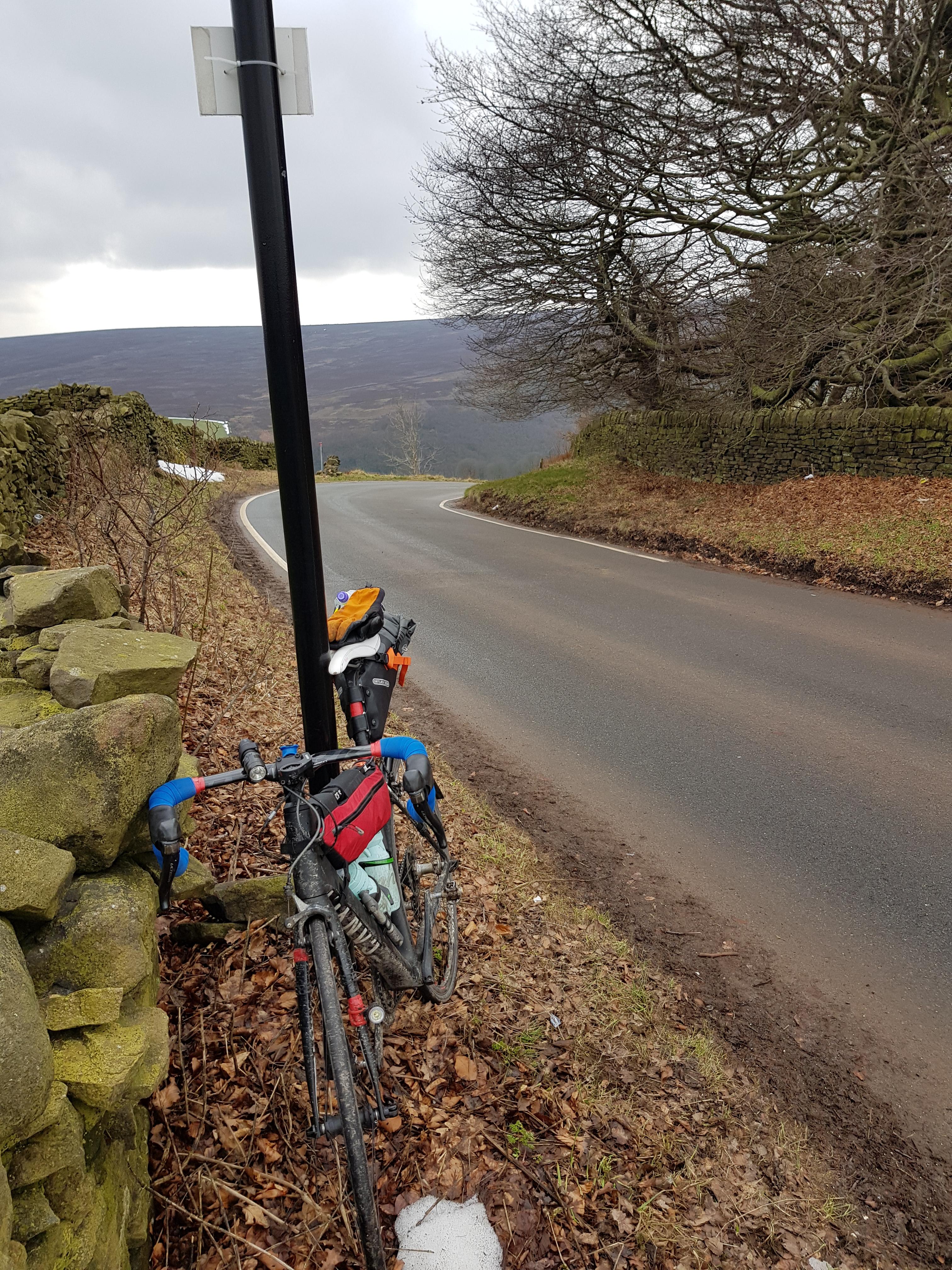 If you managed to get through all them vaguely exciting pics then you deserve a discount. Priced now at £495 (£45 voucher goind from that to someone who'll justify needing some Acepac or Voile straps...
Last edited by redefined_cycles on Sat Apr 04, 2020 10:49 am, edited 2 times in total.
Top

Erm... priced dropped to £395... Frame only remember. Probably that voucher for the BB shop might be put on hold for the mo

Someone buy the darn frameset

restlessshawn wrote: ↑
Sat Apr 04, 2020 6:09 pm
Always like your posts Shaf even though I suspect I only understand 50% of them and that wall paper always takes me by surprise

Sean... I do try my best. Dont worry, many in my daily interactions don't always get me

... Loved rhat framebag and it gave me reason to get 2 more Revelate items (one at a time mind as wouldn't wanna be seen as being 'lavish'... both used items)... (thinks) actually I own 2 items but both part of the same bar bag...

Just stripped it and cleaned it. As much as I love it, I reckon I only need the one frameset for this period in our lives. That way if I die then there's less 'mess' to deal with

Details coming up but basically its fully di2 ready as well as can be converted back to mechanical groupset with the addition of 2 grommets (one in the back of chainstay and the other at top of bottom bracket from inside to tske the cable to the front mech... unless you ended up running it 1×).

It really is a stunner and will come with the manual as well as the little torx tool for the headset (wierd headset system like on some other German brands).

Does have 1 scuff around the chainstay from chain getting caught and overcoming the little alloy/plastic protector. For this reason I'll be offering 6 months NO QUIBBLE warranty but I dont think you'll need it as its a beautiful and (IMO) overengineered piece of work. Where the scuff is to the carbon you can feel from the inside and there's no issue. I plan to throw some nail varnish here to make it easier for new owner to keep an eye and if the nail varnish cracks then just get in touch and we can arrange return/refund.

Money will be getting split between the respirator thingamijig and some refugee camp somewhere in the womartorn affected zones (not decided where yet but will be using One Nation).

Reserve will be set at £175 and considering I paid £999ish in the sale 2 years ago, its not too bad a deal. No seatpost included and weight is (answrr will go here) for frame and fork. The headset bearings although renewed only about 1000 (maybe 2) miles ago, sound a bit 'soundy'....

Been convered in wrap at appropriate areas aswell as electrical tape (to make it look uglier and*) for the bikepacking bags...

Over to you. Who's gonna bid first. Auction can end on Tuesday I suppose and hopefully Stu might get wind of this and use his cunning to gwt the word out farther afield. Will come with original reciept and manual but my details will be 'Sharpied' out...
Top 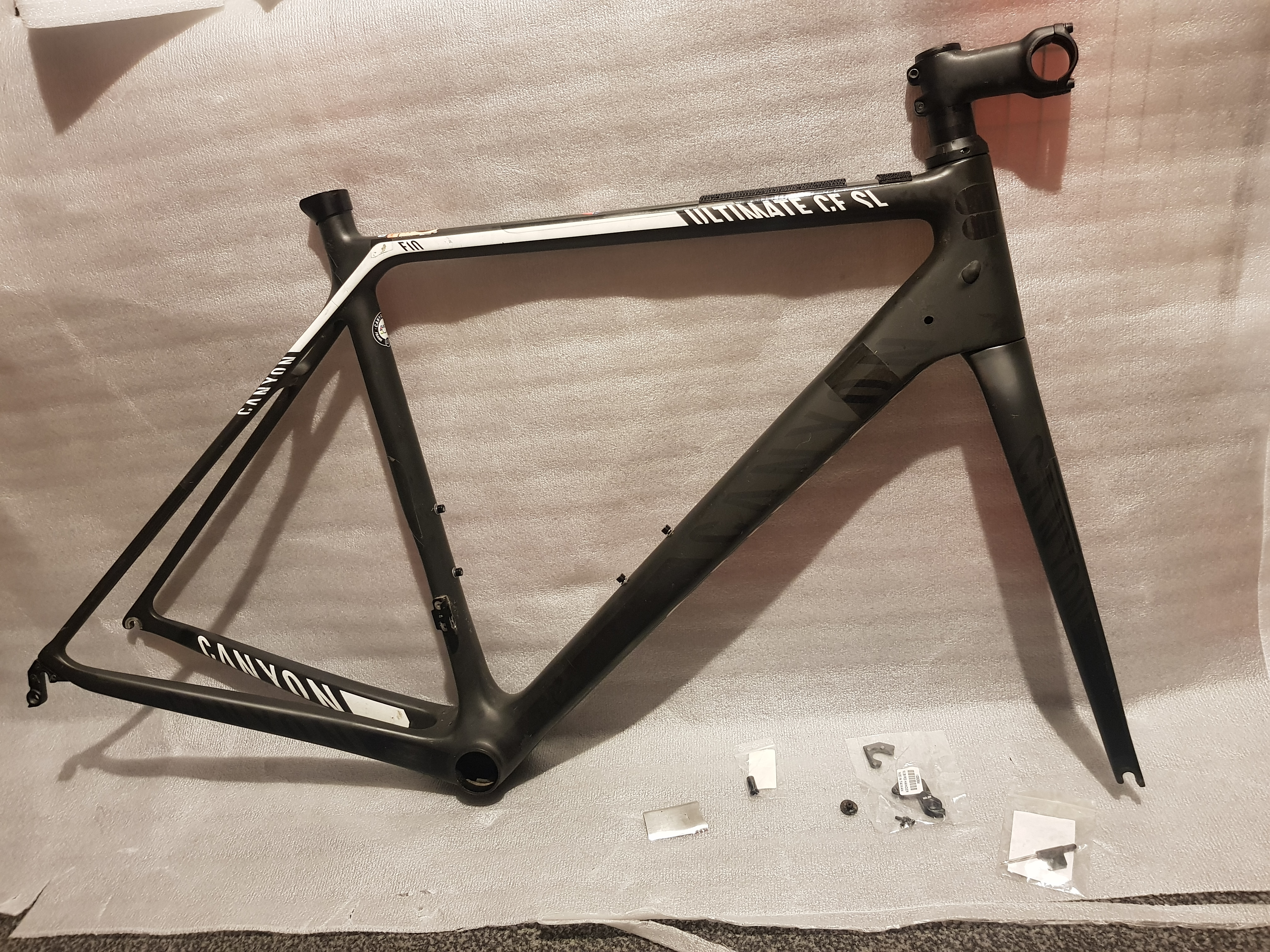 Weight as pictured (frame and fork with headset and spacers with stem as well as the protective tape in certain areas and some mushroom velcro* on top of toptube) is 1560g.. 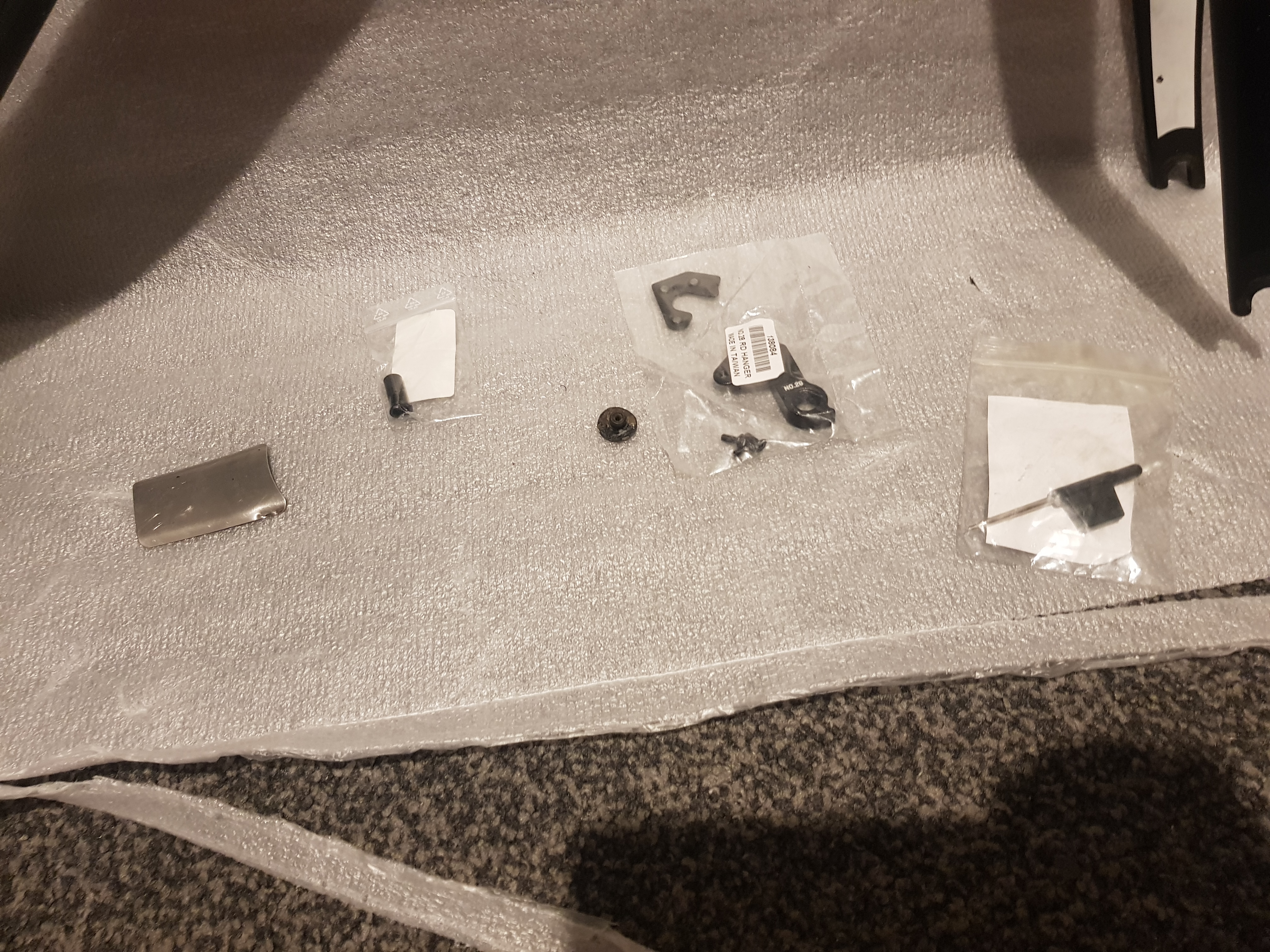 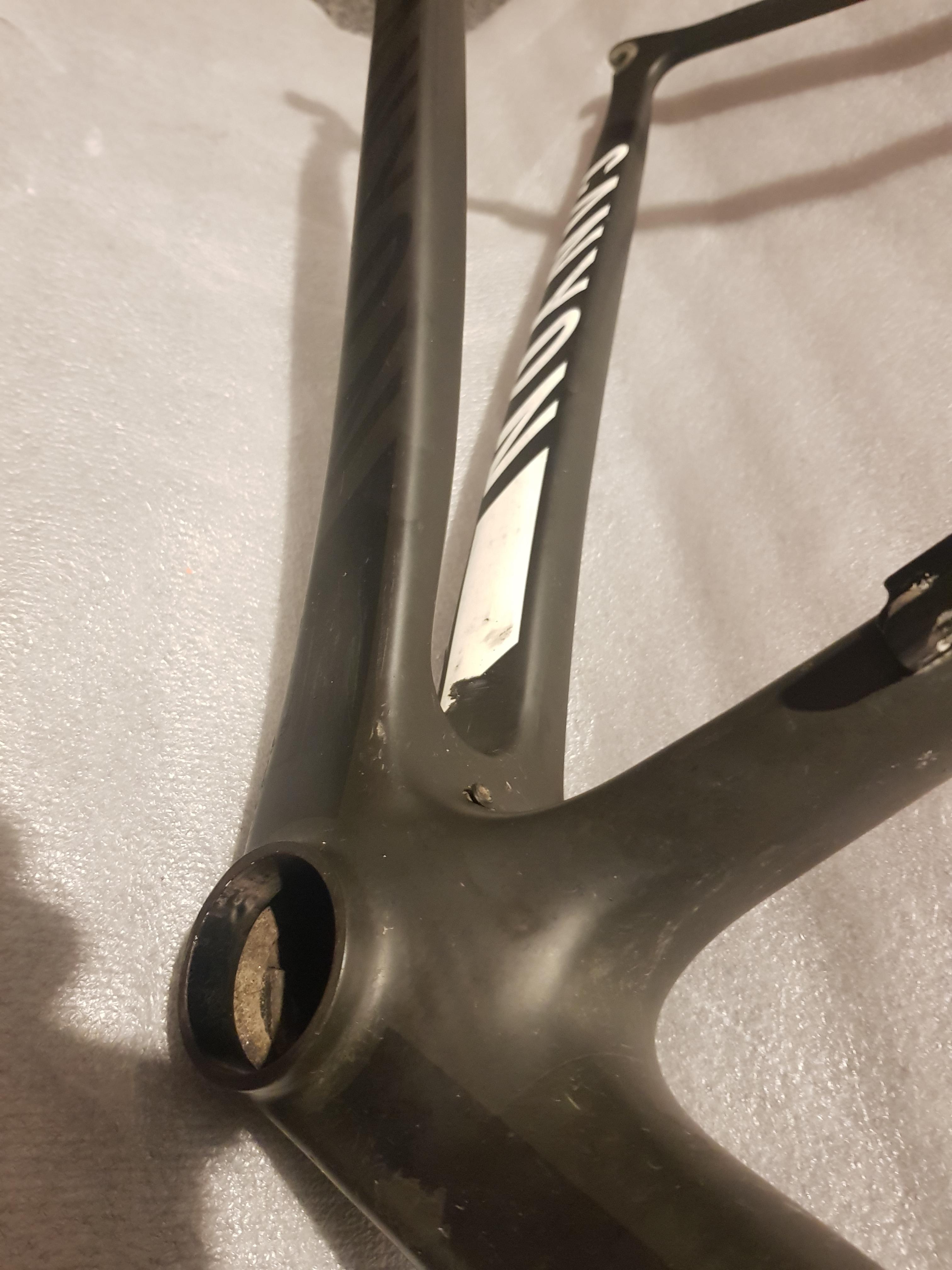 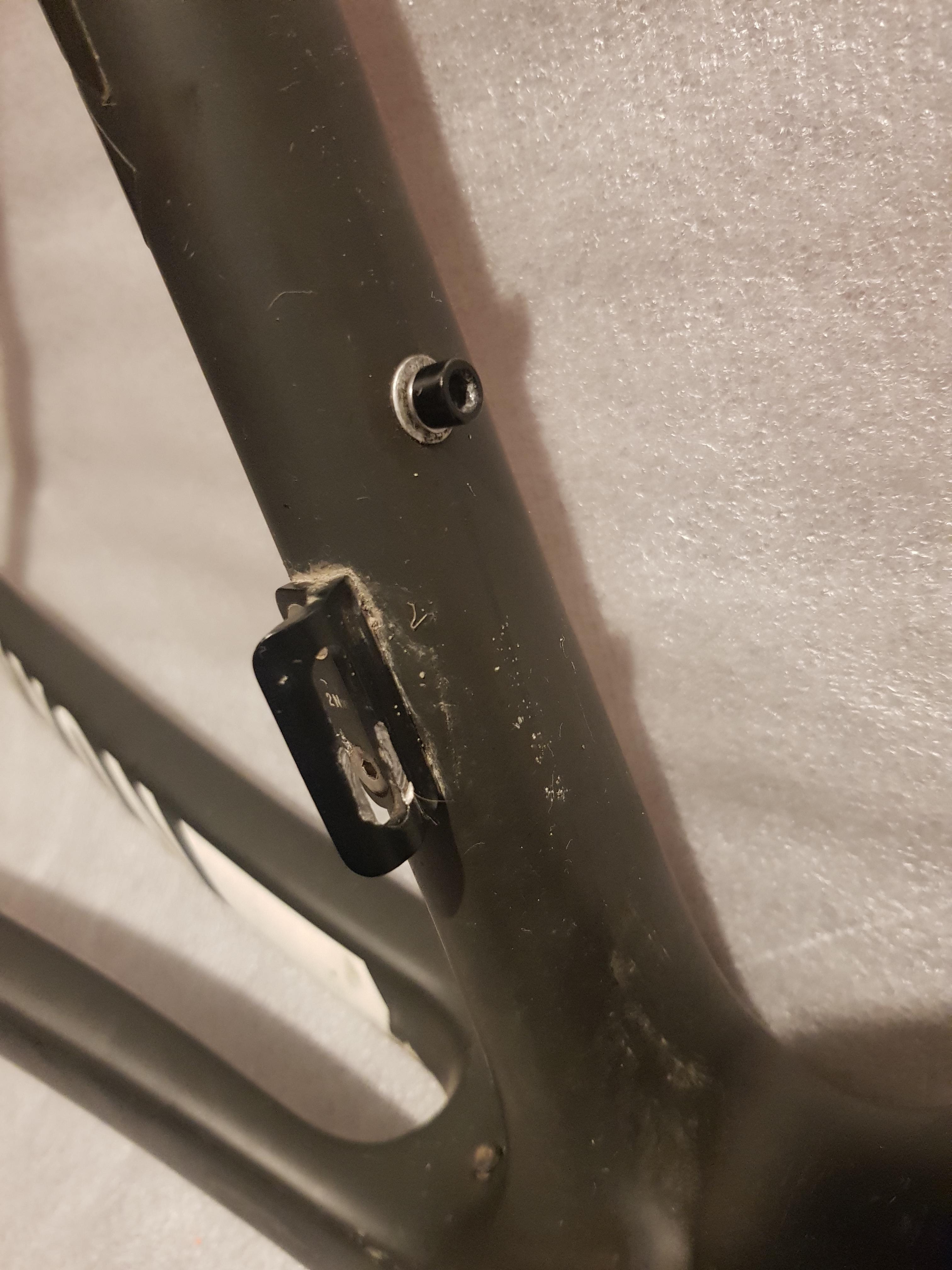 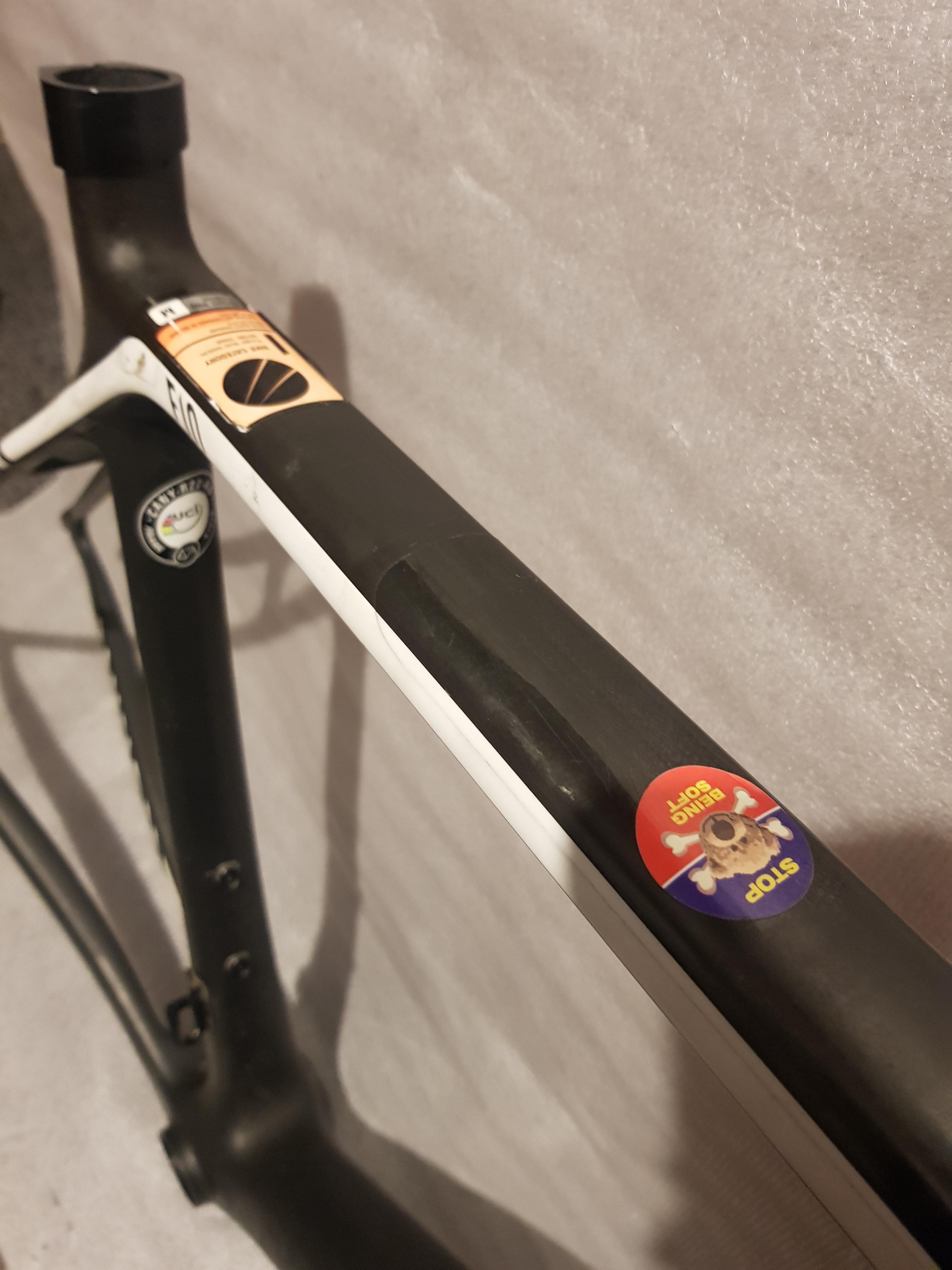 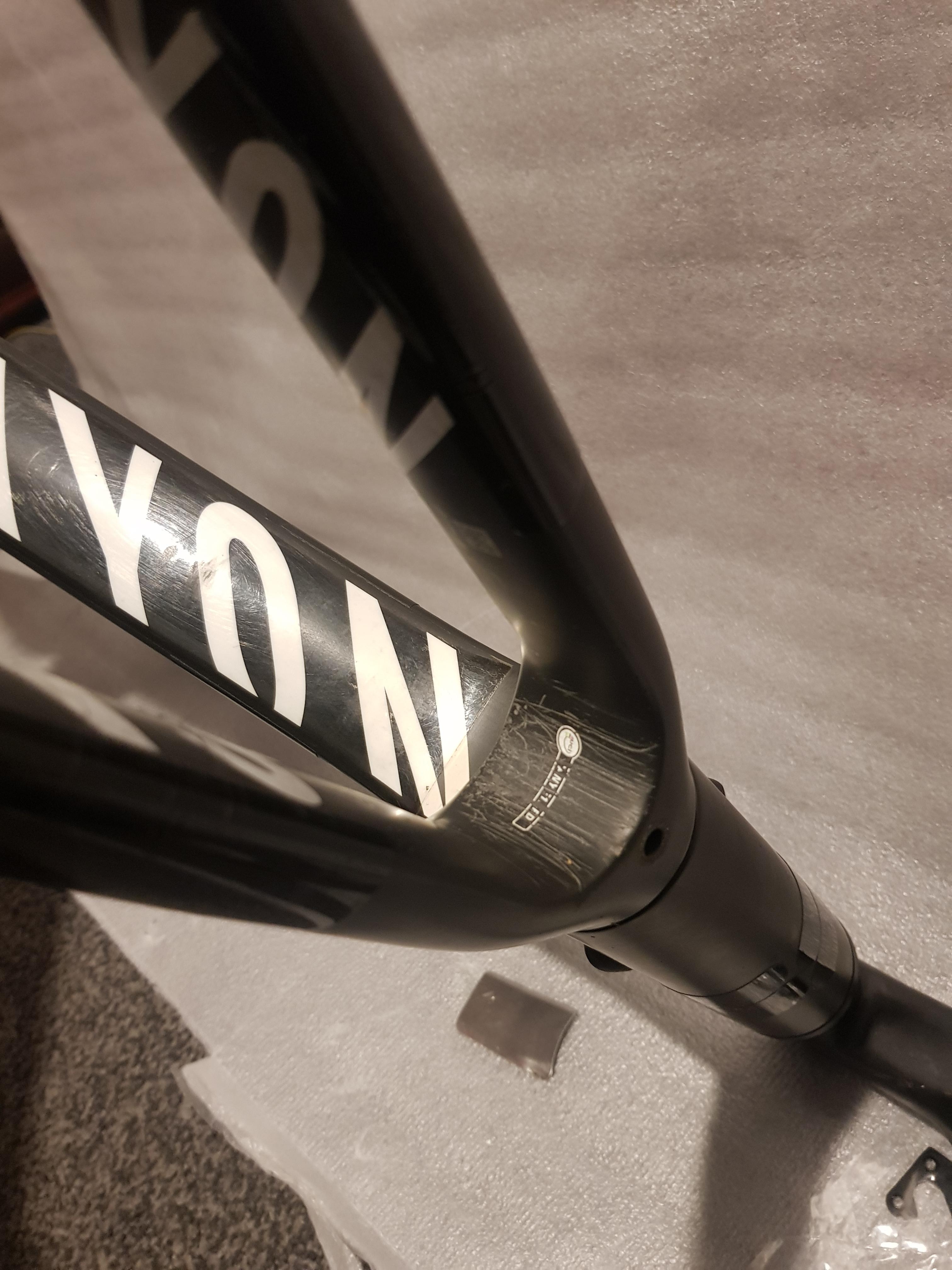 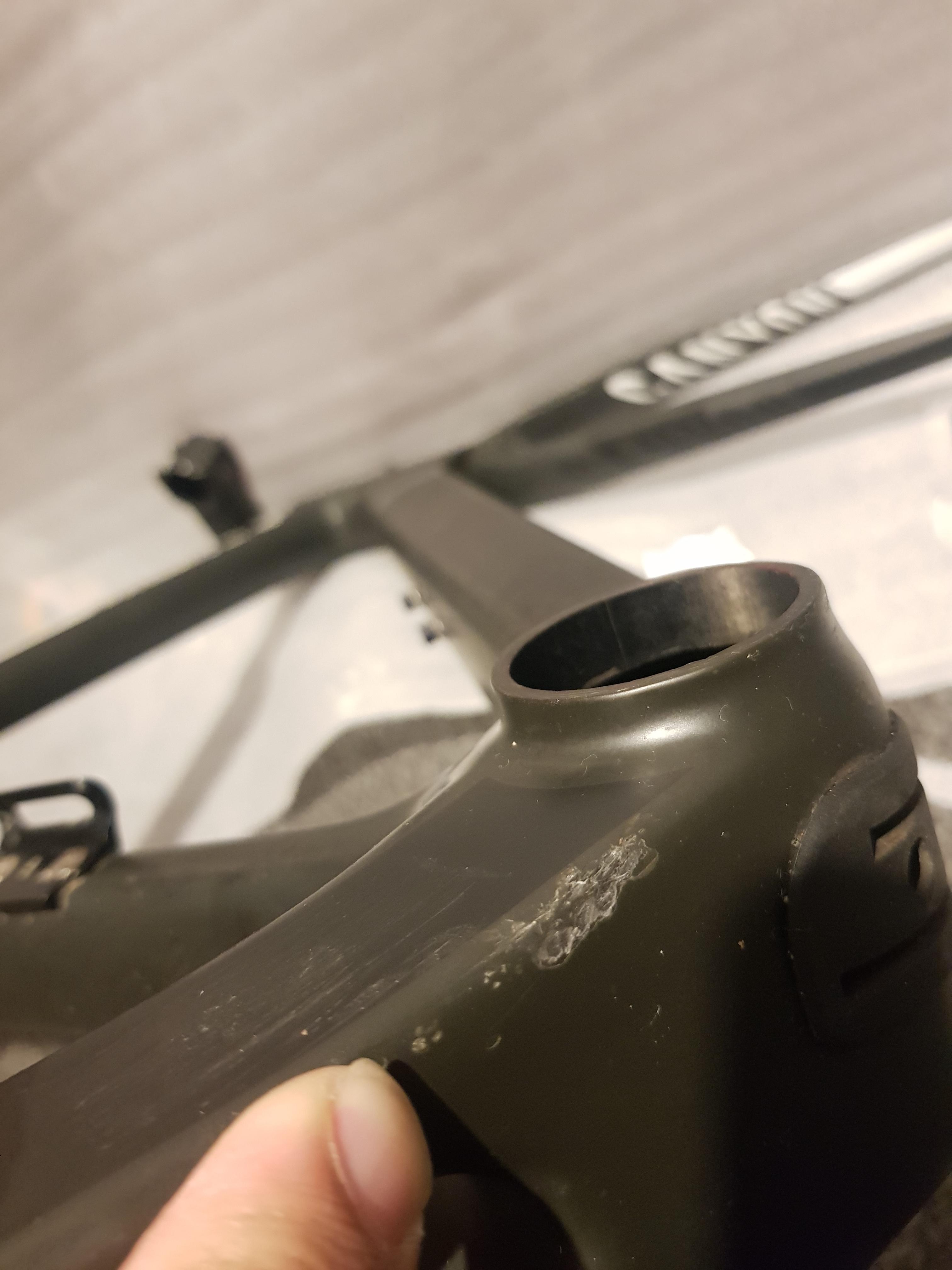 This last picture is the scuffing from chain I mentioned. It'll be sealed with nail varnish and the alloy plate attached back to the intersection but you'll still see this chain scuff as it's to the side of the alloy plate....
Top

Scuffing from what must've been the rear light bracket 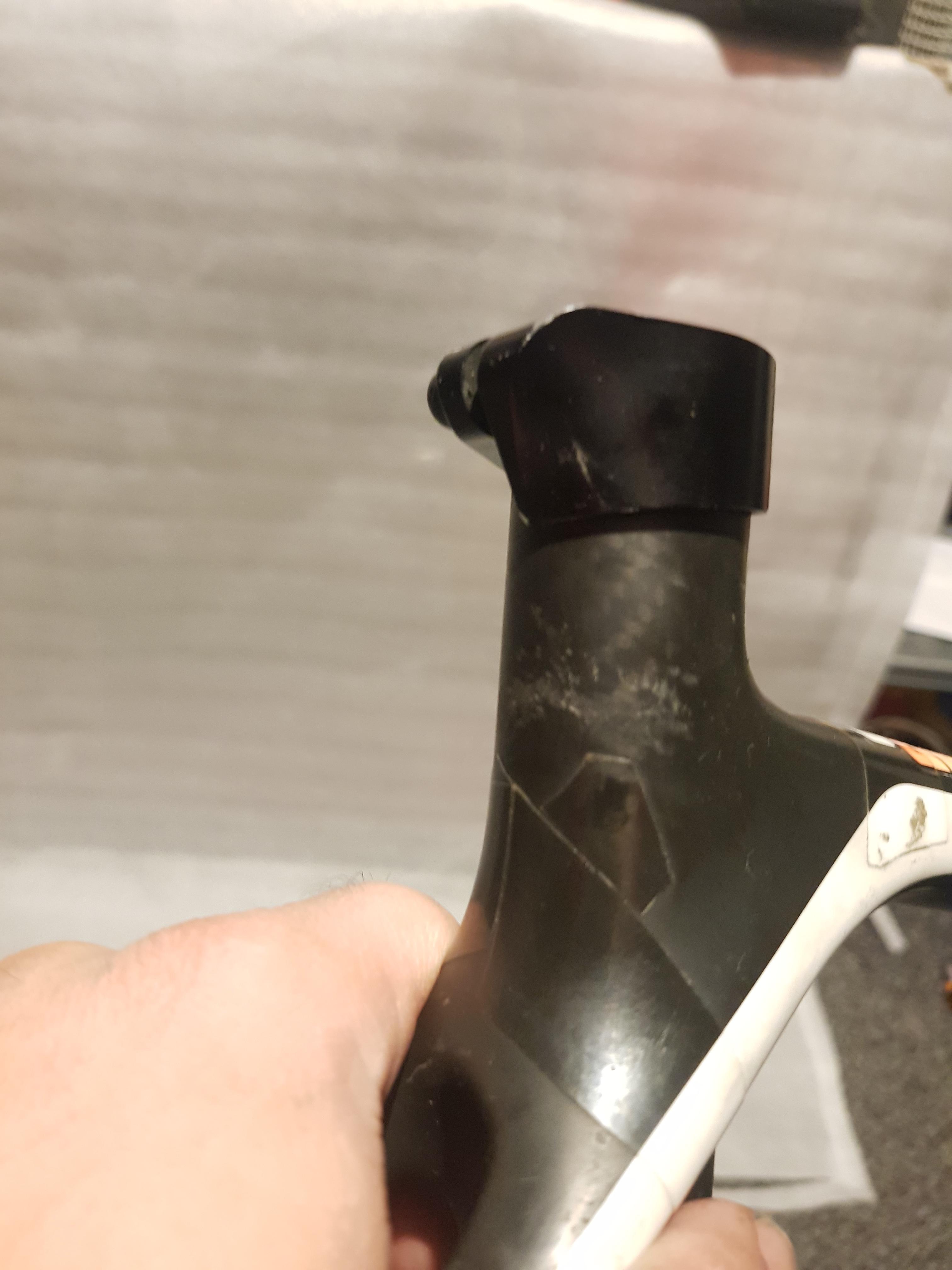 Another little spot of paint missing. 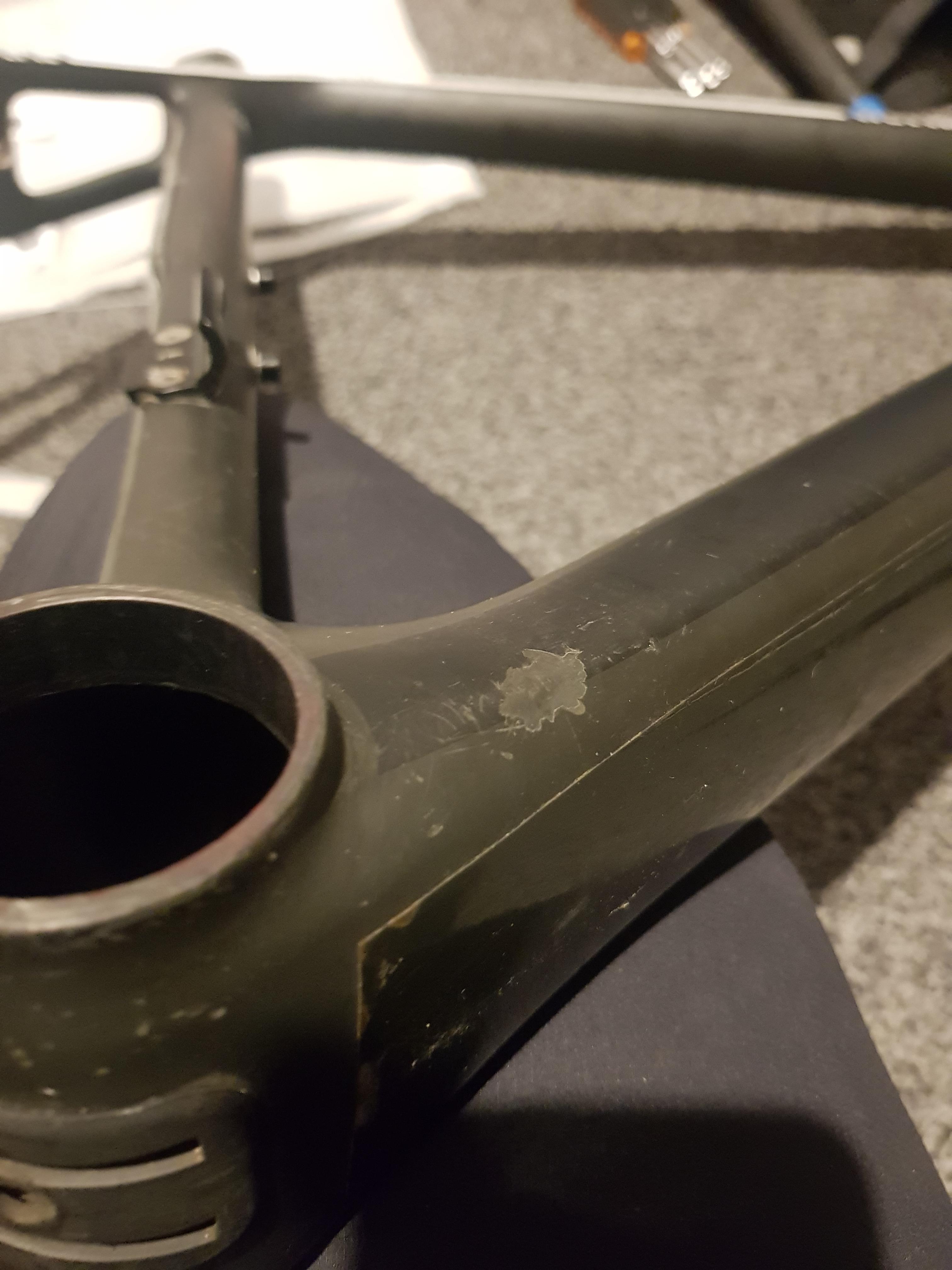 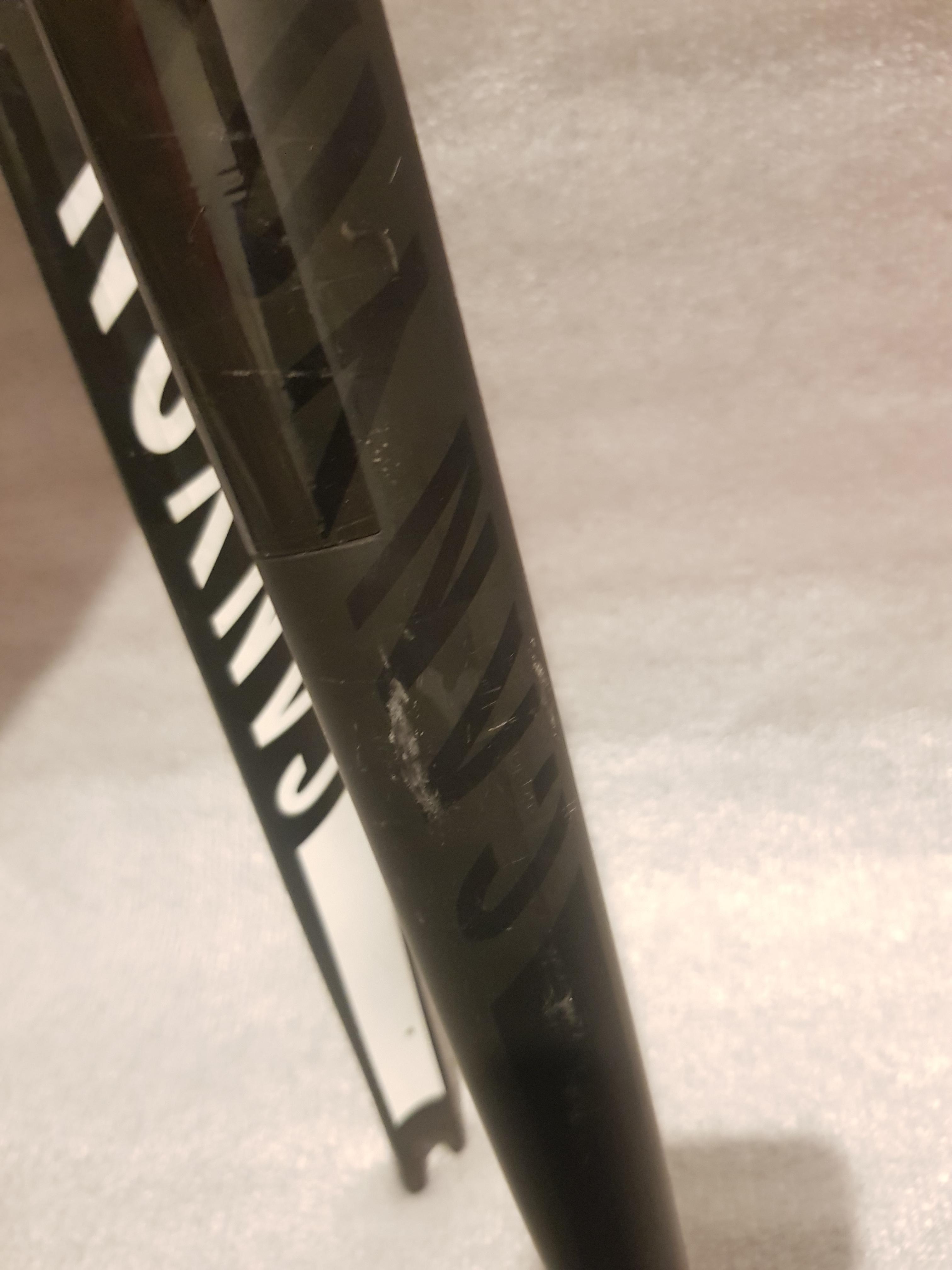 No gone properly to the grave (fleabay)...