Can I get a copy as well please stu ?
Ta
Top

Going down to Wasdale???

Very wet screenshot, sorry. Tough old place that, if I'm not mixed up. 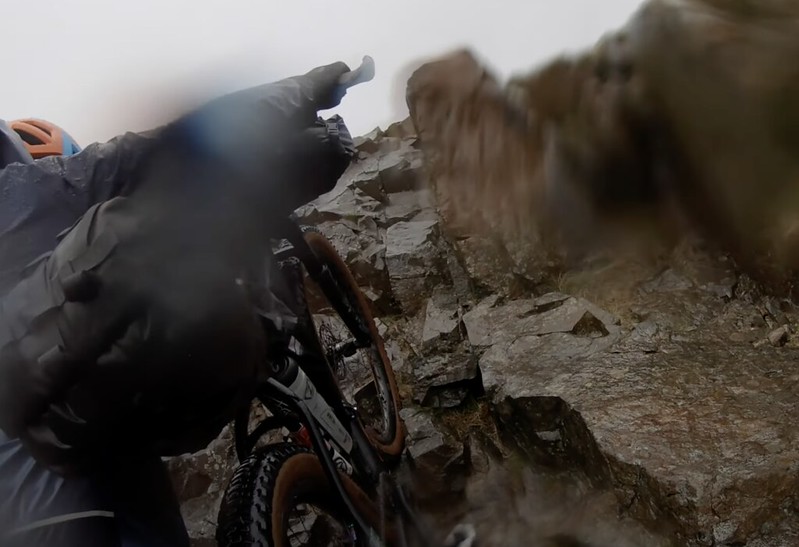 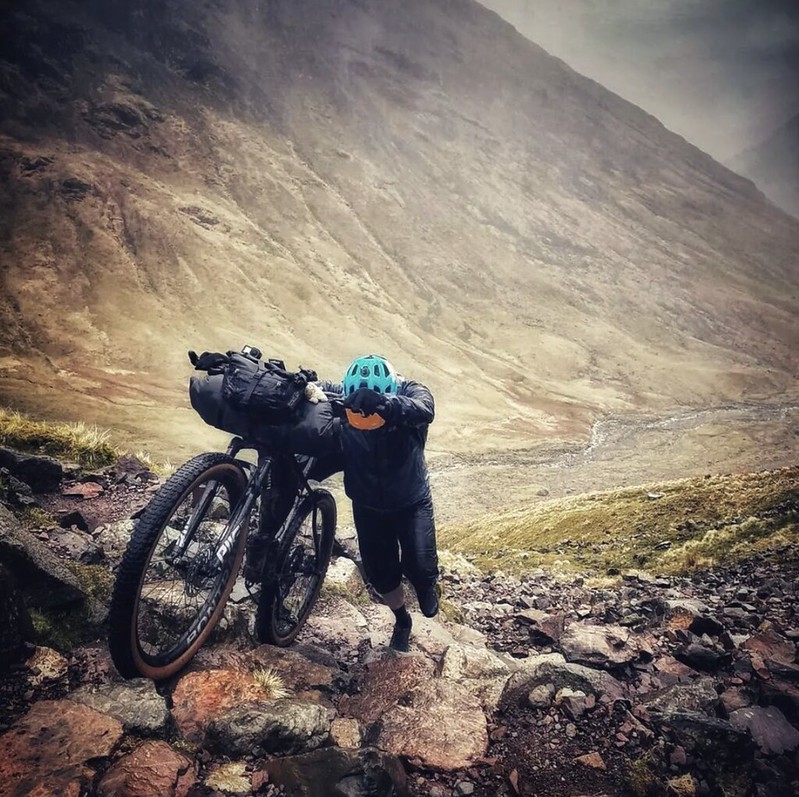 Tough route this year, I predict some very tired legs at the stretcher box..
An option to cut Wasdale out would be to head SE on the bridleway after Sty Head, some good places to bivi at Angle Tarn, then down Rossette Gill into Langdale. Rossette Gill is probably more technical than Sty head-Wasdale, but it cuts that section out..
Once into Wasdale you'll be pretty committed to following the route..
Ever Feel Like You're Being Orbited?!
Top

I think a good 'shortcut' for many, would be from Stonethwaite in Borrowdale, up Langstrath (true left bank footpath is much better than the BW on the other side), then over Stake Pass to Langdale and pick up the route again. It would avoid Styhead, Burnmoor and the two road passes. Would also miss the Waddle Head Inn and beautiful Eskdale though. Courses for horses.
Top

Very wet screenshot, sorry. Tough old place that, if I'm not mixed up.

Sod that for a lark,
I'm taking the Packraft for a shorter water based loop.
Ullswater, Bivi at Grizedale tarn for a late night paddle (without the bike on board), Grasmere and Rydal water
Anyone with a packraft and a bike is welcome to join me
www.traversbikes.com
www.meritgear.eu
www.laufcycling.com
Top

JohnClimber wrote: ↑Tue Jan 18, 2022 9:56 pm
Sod that for a lark,
I'm taking the Packraft for a shorter water based loop.
Ullswater, Bivi at Grizedale tarn for a late night paddle (without the bike on board), Grasmere and Rydal water
Anyone with a packraft and a bike is welcome to join me

I think its going to be a hard pass from me too ( no pun intended) as I'm off to the US biking for 6 months a few days after this hopefully and any damage to me or the bike would jeapordise that trip.
Top

Verena wrote: ↑Sun Jan 09, 2022 4:54 pm Have signed up, never been to the Lake District before and have heard so many good things about this

That GPX route seems incorrect Stuart. It takes a climb up from the Coach Road east of Keswick and a descent of Calfhow Pike that isn't even a PROW footpath (3320). I think the proposed route just continues along the Coach Road past Threlkeld quarry - as per Ride with GPS that wordsmith posted - https://ridewithgps.com/routes/38361849
Is it one of those weird re-routes that happen when switching between routing softwares? Strange..... May be worth checking the version you have?
Top

May be worth checking the version you have?

Will do. Ta
May the bridges you burn light your way
Top

Some people going soft on here

The route takes in quite a bit of road so there are some very easy miles I hate roads but enjoyed the recce the other weekend.
There was some errors on the original route which have been corrected after I uploaded the ridden route.
Expecting lots of refund requests as there are not many bail out routes but during May with lots of daylight it should be ok with the majority of riders so stop being soft the lot of you.

The route looks great Rich. Nice change to head north for once. Gravel bike looks the perfect choice for both road sections and hike a bike

A few refunds done so some spots available

How much tougher is it than last years course? Last year was my first time riding the lakes and it was toughish but as I don't know the area so have now way to gauge the new route!
Top

Big climb over Gatesgarth. Tech/hike a bike over Styhead to Wasdale, some pushing out of Wasdale (this bit was on last year’s route) then two big road climbs over Hardknott and Wrynose.

Those are the big ones.
Better weight than wisdom, a traveller cannot carry
Top

Last year had Hardknott, Wrynose and Ulpha road climbs though (along with Walna Scar's gentle introductory tarmac). Apart from the extended HaB from Borrowdale to Wasdale, I don't think it's any tougher, especially - just fewer bail out options. There's more tarmac, which potentially makes it easier.
Obvious shortcuts (if needed) would be:
* from St Johns in the Vale (~65Km), along the west side of Thirlmere on road, cycleway to top of Dunmail Raise (A591) and down to Grasmere, rejoining the route at Rydal Water (~150Km).
* from Seatoller/Honister (~90Km), east along road to Stonethwaite, up Langstrath (track on west of river, not BW on east), over Stake Pass (still HaB, but easier than Styhead, especially descending to Langdale), east along Langdale to pick up route again in Elterwater (~140Km). This would avoid 4 big climbs, but the two nicest valleys.

Don't be put off, it'll be a great route/adventure and there are options. The areas Rich is avoiding are really badly affected by storm damage in parts.
Top

I'm in for my 2nd Jennride, loved last years although my brake pads ran out of meat going down Wrynose

Was in the Woolpack Inn, Eskdale on Sunday night. Great pizza, real ale (other drinks available), cute Labrador pup and dossing potential nearby. Would be an ideal stop for those who push through Wasdale to Eskdale.
Top

Looks great. See you all there

Looks like the HOOKABIKE i bought last year is finally going to get some use..

The route goes down that trail. Swap the Hookabike for some big tyres.
Top

You could sleep here, with Roman ghosts 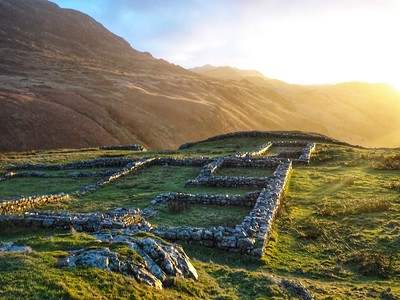 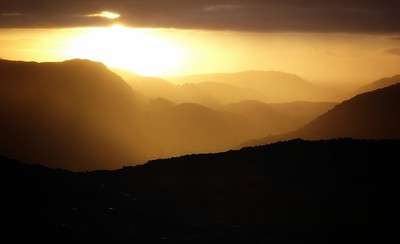 
..and listen to them wondering what they ever did to deserve getting sent to the arse end of the Empire....