Carbon for a bikepacking bike?

Carbon for a bikepacking bike?

Hi,
Planning on adding a hardtail to the garage and thinking about a Carbon 456. I've been using my Giant Anthem (full sus) for bikepacking which has been great but I'm thinking of a backup option with less to go wrong!

Anyone got any experience with framebags etc on a Carbon frame? I figure the 456 is pretty bombproof as long as I protect it from rubbing (helitape or similar).

i've had 3 on-one's and know loads of mates who use/used them and i wouldn't personally suggest getting one of their carbon frames.

i had a mate buy one and return it due to the build quality being so bad that the chainrings rubbed on the frame from new as there simply wasn't enough room for everything.

this was when they first came out and so maybe it was just a teething problem but with a company as cheap as on-one i've always stuck with the simpler materials (i.e. steel).

having said that i snapped an Inbred last summer!

this has nothing to do with bikepacking but just my personal opinion on on-one's (which i love!).

Ta, I've also got a Scandal and I've had an Inbred so I know what I'm getting into :).

Take it the one with tight tolerances was the Whippet. I've heard it's a bit tight and don't really fancy the BB30 bottom bracket anyway.

Other problem I've heard is the c456 headtube with a Rockshox tapered steerer fork (I've got a normal fork so not a big deal for now). It looks really overbuilt so I'm hoping it'll be tough enough.

So far nothing I've read is actually putting me off but I've seen what a rubbing tyre can do to an aluminium frame so I'm obviously a bit wary of bikepacking luggage on carbon.
Top

I've been using using one of the very first Giant composite frames for many years (a production sample I got from them when they 1st came out & my Co. was working for them ) for all sorts of things, including hanging bags off, without any problems. Maybe because it was so early & they were worried about things breaking, it was clearly massively over-engineered. Would I bikepack with a new one? Yes, but I would still, as I instinctively do with my current one, 'treat it with care because it's carbon' - no dropping onto the ground loaded with kit. (That said I did heft it over a 6ft flint wall on Sunday & wasn't concerned about it breaking... just tried to avoid too many new scratches)
Top

fair enough fella - you clearly know what you're about as it was indeed a whippet!
Top

Thanks royAB, good to hear just a normal level of care required. I figure helitape and not being too precious about the paint finish is probably in order.
Top

Never been overly worried about bashed paint on anything (well, maybe on steel) but I do use helicopter tape on this one as a 'sacrificial surface' where the tyres sit close to the frame (chain stays mainly - being originally for XC whippets this frame was never intended to host 2" tyres!). In truth the tape probably doesn't have any real mechanical worth, but it does give me a little peace of mind to be able to see quickly if something is wearing the surface. So far it's worked - the tape wears slightly, then gets chucked, the carbon gel surface stays good...
Top

I happily use my Highball, and enjoyed every second of the Mach 'n Back on it. I've never been too precious, as I figure I spent all that effort getting a nice bike that was a capable tool, so shouldn't have to nanny it like a £50 Halfords bike. It's not failed me yet (and neither have I stopped loving or enjoying the bike! 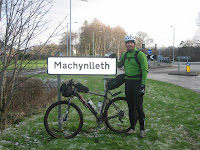 That said, a little tape to keep the finish shiny is always a good idea, but that goes for a steel frame build of pig iron too ;-)
Rob Dean
http://www.bigrobracing.co.uk
Top
Post Reply
8 posts • Page 1 of 1