In light of all their in-person film screenings being cancelled due to the COVID-19 outbreak, our friends at Pannier and Brother Cycles have decided to try something a bit different to release Rainspotting, their new film that follows a group of six riders on an 84-hour bikepacking ramble along rugged gravel roads through Scotland’s gloomy Grampians. They’re encouraging folks from all over the world to get together, alone, to watch Rainspotting at the same time.

I can't believe they stole my pun 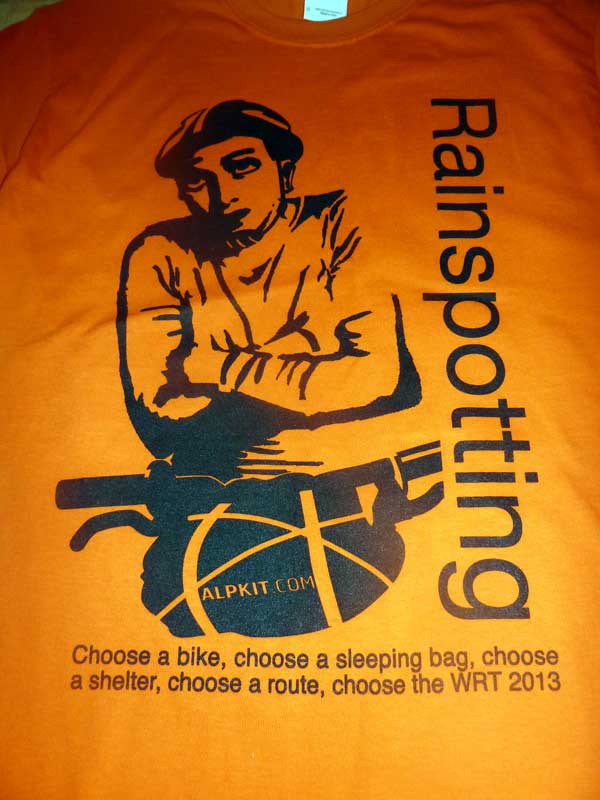 Someone has to set the trends and wheel tracks for the rest to follow...

That was my last WRT

The following year my daughter was born on the weekend of the WRT, so never been back
http://singlespeedsimon.wordpress.com/
Top

Surely she's about ready for her first WRT by now then

Actually I’ve a better idea, I’ve pitched it to a couple of clients who have a large amount of extremely expensive video wall/ projection stuff,

Drive in movies and gigs, everyone stays in their cars so safe and at the same time enjoys a distant but shared experience, it’s a winner i think (at least it could be when we’re all going stir crazy in a few weeks)
There's a place up ahead and I'm goin'
Just as fast as my feet can fly
Top

This is for Phil (htrider).

At about 7:15 into the film they head from Benalder Cottage along the path by the lochside leading to the lodge, decide it's a no-go and backtrack across the wobbly bridge reversing the HT550 route to the head of the loch before taking that "track" to the dam I'd asked you about.

I won't be going that way!

Generally it looks like they fell foul of the dreaded black dashed line on OS maps.

Given it was dark when they arrived at the Bothy, I can't see how they ever thought they were going to make it to Dalwhinnie. I guess the filming was taking up an awful lot of time too. I did like that they weren't necessarily looking to cover vast distances each day in order to enjoy the journey.

The final route left me confused though. Did they really traverse the track past Corrour Old Lodge 3 times and why use the track past the Loch Ericht dam to Bridge of Ericht rather than the track they'd cycled in on (just variation?)
http://www.blog.scotroutes.com/

I think they probably intended to shortcut the route to get to Loch Garry and carry on to Dalwhinnie but then decided to cut their losses and head back to Corrour and stop at the Youth Hostel and then thought about getting to the Kingshouse.

There was likely a bit of "make it up as you go along"/"thinking on the hoof" but I suspect that even a small bit of internet research would have told them about the tracks away from their intended route, hell, last year Phil (htrider) even did a full guide to the Ben Alder tracks on his blog. Of course they could have taken some of the "tracks" to make good filming, not unknown.

Fair play to going up there in November though, from experience it's not easy in that area.

That was alright. I appreciate it was November and a time when the Highlands are not known to be at their most welcoming but I would like to see folk in these films doing a spot more camping / bivvying rather than just riding from bothy to bothy or YHA in this case. As I say, November isn't a great time for it but there are plenty of similar films and they seem very alike in format ... not knocking it, just an observation.
#corporate shill for hire
Top

The cinematography was pretty good tbf.
And who in their right mind would stand in a pool of water not knowing how deep it is when there is clearly vegetation that could be stepped on! D'oh!
Twitter:
https://twitter.com/JeffPrice1j?lang=en-gb

I'd assumed that their planned route was Dalwhinnie via the Lodge and return via Pattack/Bealach Dubh or Ardverickie, but Loch Garry would have worked too.

There's a bit at the start with a map so I'll need to watch it again.

There's a jokey bit at the start when it's explained that the routes guy is a tour guide. I'm not sure how many folk will watch it and want to hire him

ScotRoutes wrote: ↑
Thu Mar 26, 2020 2:01 pm
There's a jokey bit at the start when it's explained that the routes guy is a tour guide. I'm not sure how many folk will watch it and want to hire him

Quite! I don't think many people will be asking for the GPX file...

I did wonder what the extensive luggage was for, given there was no intention to camp, then realised who was sponsoring it... They did appear to be fully packed with gourmet food and lifestyle accoutrements. I appreciate the effort required to produce these little movies, and it wasn't the worst thing to watch over lunch, but this lot are almost a parody for the whole hipster #gravelwanker thing. And the uniform dangly mugs... I'm sure they are just there to wind up the likes of me. It would be mildly amusing if the mugs where Marmite branded.
Top

We could have a poll on this..

How do you pronounce the word "pannier"

Is it a regional thing?
http://www.blog.scotroutes.com/ 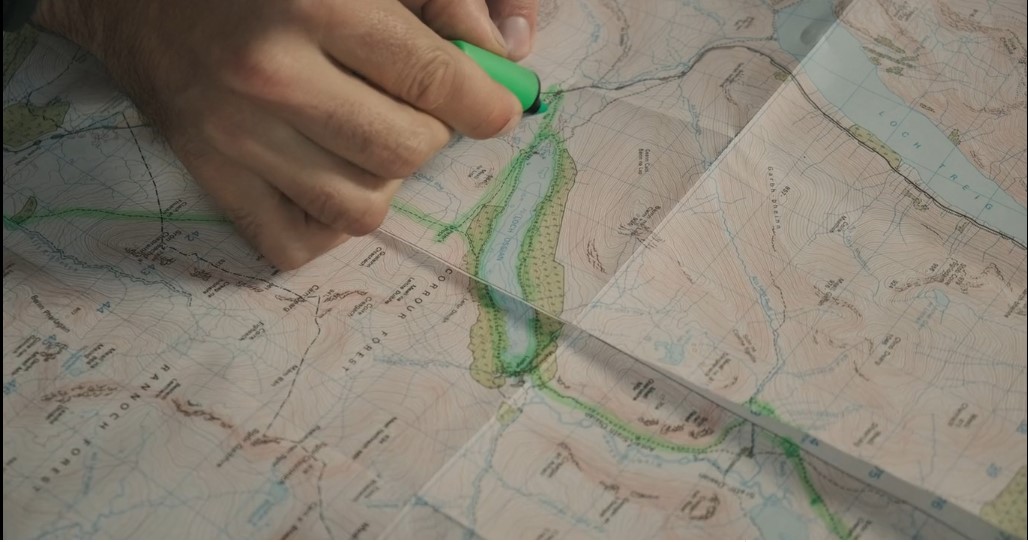 How do you pronounce the word "pannier"

I think this is the appropriate way to describe this lot.

At about 7:15 into the film they head from Benalder Cottage along the path by the lochside leading to the lodge, decide it's a no-go and backtrack across the wobbly bridge reversing the HT550 route to the head of the loch before taking that "track" to the dam I'd asked you about.

I won't be going that way!

Generally it looks like they fell foul of the dreaded black dashed line on OS maps.

Yup, thats the trail, defo not recommended! I guess they didn't fancy the Bealach given the snow but it would have probably gone OK... but as per Scotroutes, they should have just back tracked to Loch Rannoch on seeing the bog trot.... Oh well, they were doing what we used to do - look at a map, see a trail, ride the trail (or push bike along non-existent trail)

The last boggy bit was Corrour to Kingshouse via loch Laidon (they missed a cheeky bothy on the way), I'd only do that in the daylight, on a fat bike, after a prolonged dry spell

So, it took them a day (albeit a short one), to get from Corrour to Ben Alder Bothy. Another day to get back to Corrour YH and then a third day to Kingshouse. I can faff with the best of them but that's actually quite amusing.
http://www.blog.scotroutes.com/

They did go swimming....

Nice to think that I'm going to be able to do somat similar this coming November....
http://philsbikepacking.blogspot.co.uk/
Top


True. And, as I said above, I guess the filming eats into a lot of the time.
http://www.blog.scotroutes.com/

Kit list here or at least, a picture
https://www.instagram.com/p/B-MkRUEJM_a ... ix8drmet3x

I’m quite envious of someone who can carry sundae glasses and squirt cream on a bike ride! That’s how to travel

I enjoyed the film, easy watching and they seems to have fun, isn’t that what it’s all about?! Certainly made me want to ride my bike

Also envious of the sleeper train, one day I’ll get around to doing that

Absolutely. It's a refreshing change from the "must ride all day/all night" fare we normally get.
http://www.blog.scotroutes.com/

Quite liked the film overall, bit wishy washy with the whole supporting each other stuff, but guess thats all part of the vibe...

Wish theyd fit that frame pack on the mehteh properly though