I have an old 26" Cannondale Scalpel that doesn't get used much, and thinking about converting it to a drop bar Frankenbike. What could be more on trend than something with snoopy-bars and suspension, as the gravelwankers continue to re-invent MTBs from the olden days, with drop bars...?

I don't want to spend much as it's probably a sub standard idea that I will regret,
I have already established the frame / lefty can take a 650b wheel/tyre up to 2.1", although slightly less would be safer if there was mud.
Ideally I would convert to 1x11, but that would involve a lot of new parts. 1x10 is a possibility, but using the original rear mech would give me a very limited gear range.
So, my questions are:

SRAM XX 2x10:
- Drop bar levers: are there any drop bar shifter / hydraulic brake levers that will work with this gruppo? Ideally compatible with the existing Magura brake callipers, but otherwise I have some crappy Avid X0 somewhere.
- Chainrings: the original Truvativ rings where garbage and lasted less than 1000k before getting unridable chain-suck; any knowledge of better after-market rings?

Apologies if this has been done to death, but a quick search of the forum did not reveal the answers I am after.
Top

I have some surplus SRAM Force 11 speed Hydro levers and some old calipers (Magura and Formula) - I think I have seen people use these levers with non-SRAM callipers, but concerned there may be an issue with mineral Vs Synthetic fluid that will impact compatibility.

Anybody have experience with this?
Top

You don't want to mix them up.

SRAM/Formula might work but lever travel could be a problem.
http://www.blog.scotroutes.com/

No help I'm afraid, but here's what I did to my 26" wheel Ibis Tranny which started as a potentially sub-standard idea but turned out to ride great. 650x42s but the sus fork had to go, it was odd on the road and unnecessary for the non-tech offroad. I take it your lefty has a lockout? I stuck with TRP Spyres as I had SRAM Red 10 speed levers in the parts box. I don't know of any 10 speed road drop hydraulic levers. I tried a standard XT 40T ring to start with but couldn't keep the chain on; Superstar might sell you some cheap decent rings if you're going 2x, or a NW 1x ring up to 36T, but I went bigger with a 40T NW from Amber (Lithuania?), and there's another one in Poland (I think) called something like Gabaruk. 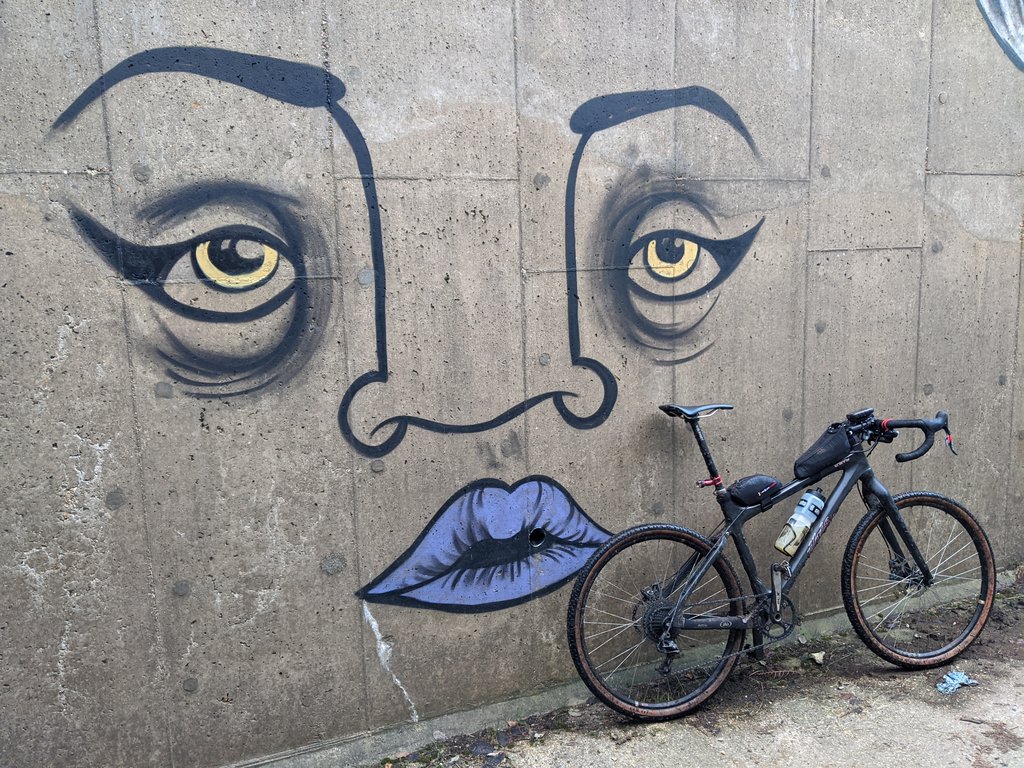 Dont know what you can mix and match if you go hydraulic but it would not be something i would personally do or expect great results from - I am sure it has been done but drop bar levers and MTB levers have different pull ratios so this might be an issue
Drop bar and Hy-ryd?

Gives me an idea for my old rock lobster frame...

ZeroDarkBivi - sounds like you've got a bit of a mash of bits that it might not be that cheap to resolve into what you want. See if you can get some compatible calipers 2nd hand maybe? You should be able to get a SRAM mech with OK range to work, again maybe 2nd hand? Only ever used shimano so can't assist much...
Top

Yes, that's what I worked out. SRAM 10 spd road levers, originally with a GX rear mech but the clutch made the lever shifter really heavy and you can't switch it off like a Shimano one, so am now running a 10spd X5 long cage. Works perfectly using a 40T ring with a 11-40 cassette, no extra goat links required.
Top

Would using a pair of mustache bars such as On One Marys upside down be an option instead of drops? It would allow you to use mountain bike levers instead of road levers and increase the options. FWIW USD Marys look quite good to me as well and allow a lower, more aero riding position and a few hand positions too. If you're dead set on drops GRX 400 levers are 10 speed and hydraulic brake compatible but would need to be used with a compatible mech so would probably be a bit spendy for a budget build.
Edit, a pair of these used upside down might work well and are very cheap. https://www.planetx.co.uk/i/q/HBOOMM/on ... -handlebar
Top

I've used some On-One OG bars upside down, and they felt pretty good. Possibly going to try it again soon, and they're a decent width and price at the moment...
Top
Post Reply
9 posts • Page 1 of 1