Has anyone used the original style Jones Loop bar and the SG Riser and care to offer an opinion based on experience? I thought Stu did a write up but can’t see anything in the Reviews section. I used the flat loops for a couple of years so I know them but if I take a punt on the SG Riser it’s a lot of money to shell out in the hope my body may evolve to fit.
My previous loops were set marginally higher than the saddle with a full uncut steerer. It looked hideous but worked for me. A new build means either having secondhand RS forks possibly with a cut steerer or carbon forks/steerer which only allow a minimum steerer length above the head tube hence the interest in the riser loop bar.
I found the BP magazine review which is just a repeat of the JB publicity but not seeing any long-term reviews. The pictures over on JB website appear to show the riser with a slightly more angled set up with the bar ends lower but this may just be an optical illusion.
You can also include the Carbon Loops in comparison as I haven’t entirely dismissed them either.

I've the carbon Jones bars on my Spearfish and the SG riser bars on the fat bike.

I originally had the carbon bars on the fat bike but they were a bit low - I'd bought the bike second hand and the steerer had been cut down so was limited in how high I could get the bars. Hence getting the riser bars.

As the name suggests the riser bars are straight gauge tubing so less flex than the carbon bars, they aren't girders but they are certainly stiffer. I've not ridden with the butted tubing version so don't know how either compare to those. Unlike the original/carbon bars with the clamp being 2.5" lower than the plane of the bars it means that the pivot point when you tilt the bars is also 2.5" lower so it's not quite the same in setting up. The only real difference in use is that you can't use the outer parts of the clamp loop since that's where the rise/drop occurs and your hands would be in a sort of reverse bull-horn configuration, the bit nearer the clamp is OK though. 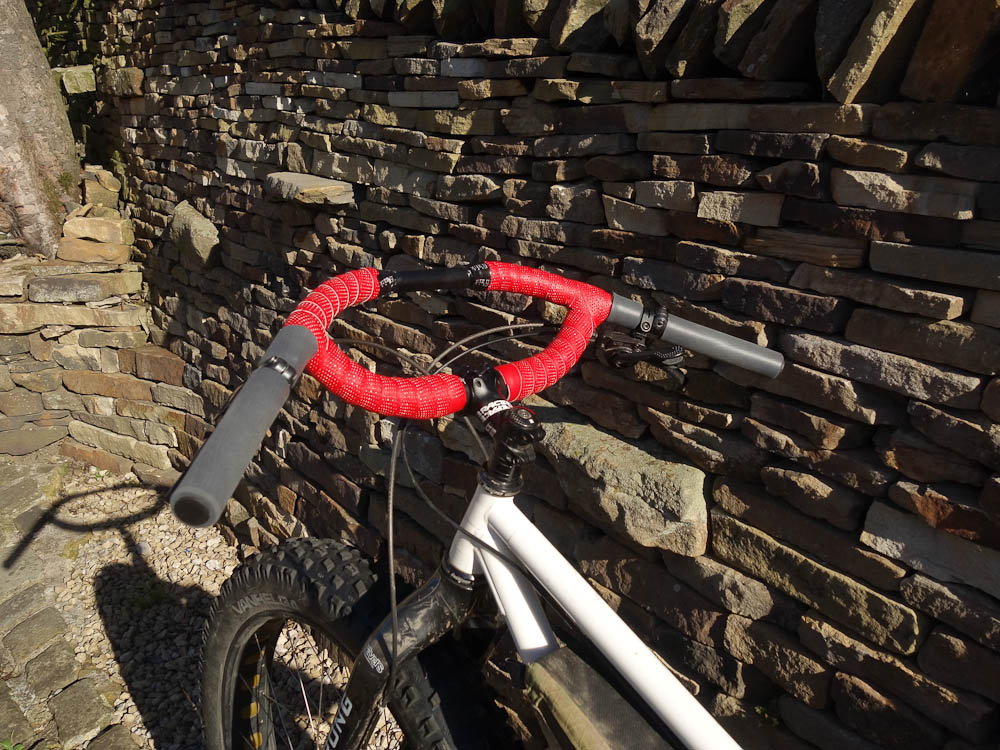 They solve a problem but if I could (and could afford it) I'd go with the carbon loop bars.

I fitted them on my old mk2 SF and transformed a twitchy horrible bike into something really good.
I also put a shorter stem on so not sure which one made the most difference.
If I still had the SF it would definitely have the loops on.
Top

I like them, I think it was Greg May who reckoned they really suited the Spearfish. I probably see 50% of Spearfishes with Jones bars.

Thanks chaps, Mariner - I bought your old Spearfish (sold it on later), but really got on well with the bike while I had it. Never tried loop bars on it even though I had a set on my Ogre. Got another FS bike now, and a set of the Geoff bars so I might put them together and see what happens.
Some of my pics https://www.flickr.com/photos/107347896@N06/sets/
Top

They work perfectly (for me) on a Spearfish.