I've continued to work my way through the projects I never quite get round to.

A separate guy for the doors of the Deschutes. 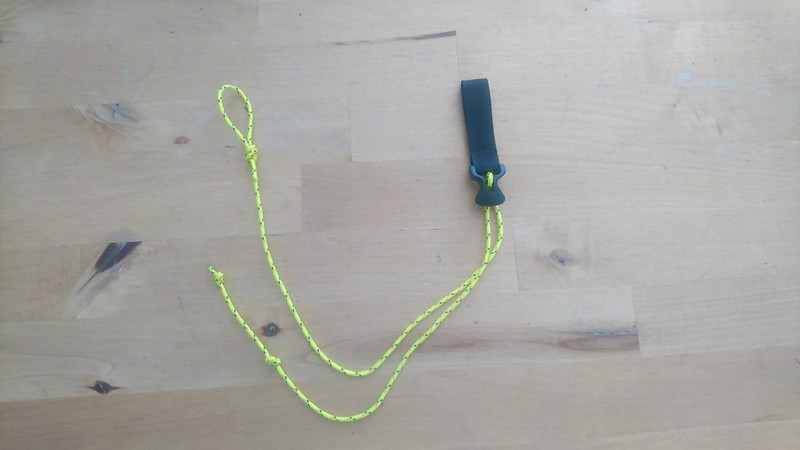 I thought it might make getting the pitch right easier as the angle of the front guy doesn't have such an effect on the shape but not sure it made that much difference. I don't think I've ever managed to pitch it the same twice

Next I finally repaired the small seat bag which had a hole rubbed through it on last years HT550, and that was in just the 120 miles I did. 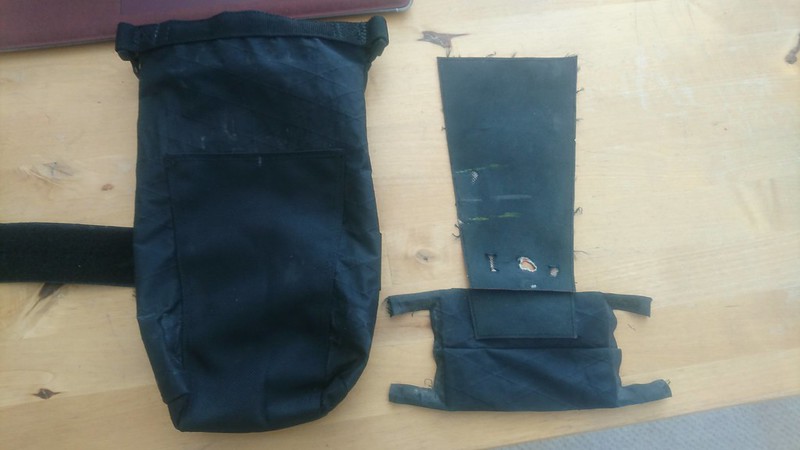 I also shortened it by 40mm. It's the right size for a small waterproof on the Spearfish as the framebag on that is much smaller than the hardtail. When the seams were unpicked it covered the table in fine quartz dust

This time I've reinforced it with some heavy duty cordura. 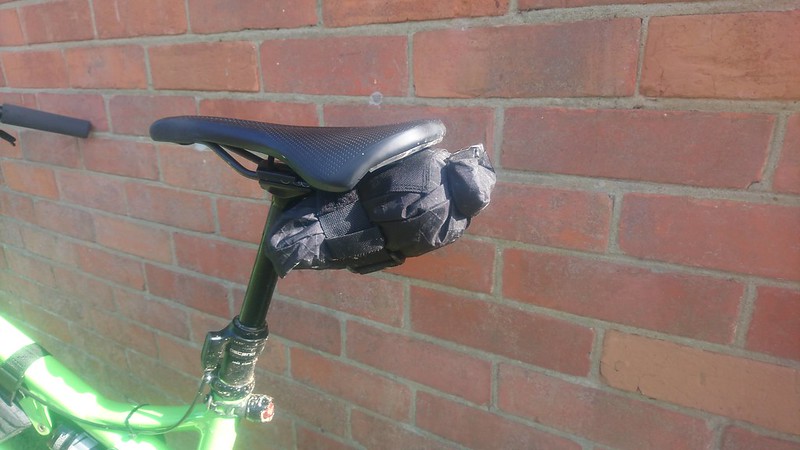 And lastly the biggest project I've taken on so far, and the most overdue. My mum has an issue with doves/pigeons taking all the food off the bird table. As she cant go out anywhere and watching the birds is one of the simple pleasures keeping her going I finally did something about it. I ordered a ground feeder which is just a mesh house. The old bird table was too small plus it was pretty rotten. A rummage through the salvaged timber pile at my mum's house (my late father would break up pallets for firewood but set aside the better stuff for re-use) produced the materials. Most of a Saturday sawing and sanding followed by some preservative and we have 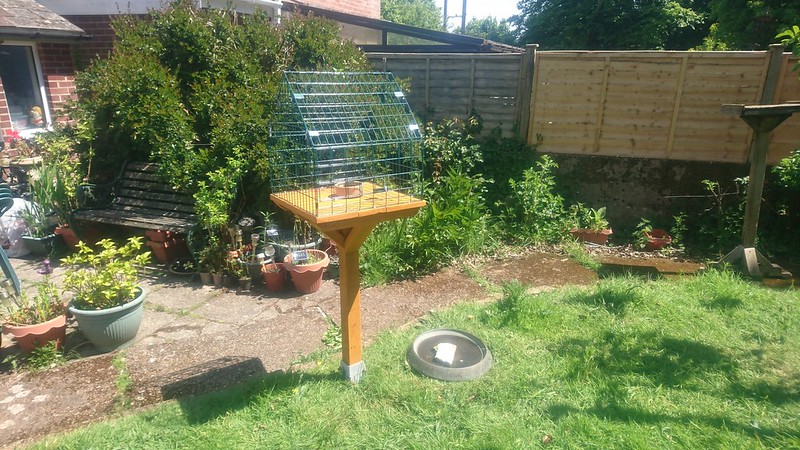 It's mounted on a fence post spike for two reasons, firstly it meant I could adjust the height to suit my mum as you have to open the top and reach in and secondly, she's not as steady on her feet as she once was (but not bad for 83) so this way she can lean on it for balance and it wont topple over. The size of the mesh opening is adjustable. It's proving quite popular with the wildlife, she's had 2 squirrels in there at the same time (proper red ones) all manner of small birds and even the woodpecker makes it in. The pigeons have to look on hungrily whilst those who can get in gorge themselves on meal-worms and monkey nuts

Marvellous! So the holes are big enough to let the squirrels in as well? That's quite generous of you. On the other hand the reds need all the TLC they can get of course. We fitted a giant circular baffle under our feeders and it's quite amusing watching the greys futilely trying to work out a way round it. Thinking about it, that's probably a mistake on my part because all that thinking is making their brains bigger and perhaps improving the gene pool of greys. I might take it away and slap some anti-climb paint on for a laugh instead.
"There comes a time in your life Ponsonby, when you think: 'My God, I'm two-thirds of the way to the grave and what have I done?" - RIP

The reds are mainly fluff, they can get in just abut anywhere a small bird can. My mum puts walnuts out for them, although she then often finds them buried in her plant pots

That is epic, and as they are in the USA it's ok they are grey, or weirdly also black?
Adventure without risk is Disneyland - Bikemonger
Top

Yes, I think I'm right in saying that over there the greys are considered the native species and the reds the invaders.
Top

When I ride on the mainland and I see a grey i always say out loud "don't try and sneak into my bag to stow away, I know your game" just to warn them not to try and use my bike bags to smuggle themselves back to the Island