Following a very wet and cold start to the HT550 (see the other thread about that) my wife decided to scratch at Invermoriston. Since it was effectively her holiday it was her decision as what to do next. Two years ago when I was doing the HT she'd visited Islay. I'd never been so we decided to head down to Kennacraig and leave the car there and visit both Islay and Jura. I'd taken the Puffin, well, just because and it always raises a smile.

The ferry chucked us off at Port Askaig then it was a little wait to get the ferry over to Jura. Riding round to Craighouse, the only settlement of any size on the island, showed just how draggy Vanhelgas are on the road! Nice flat field in front of the pub to camp (£5/tent/night) 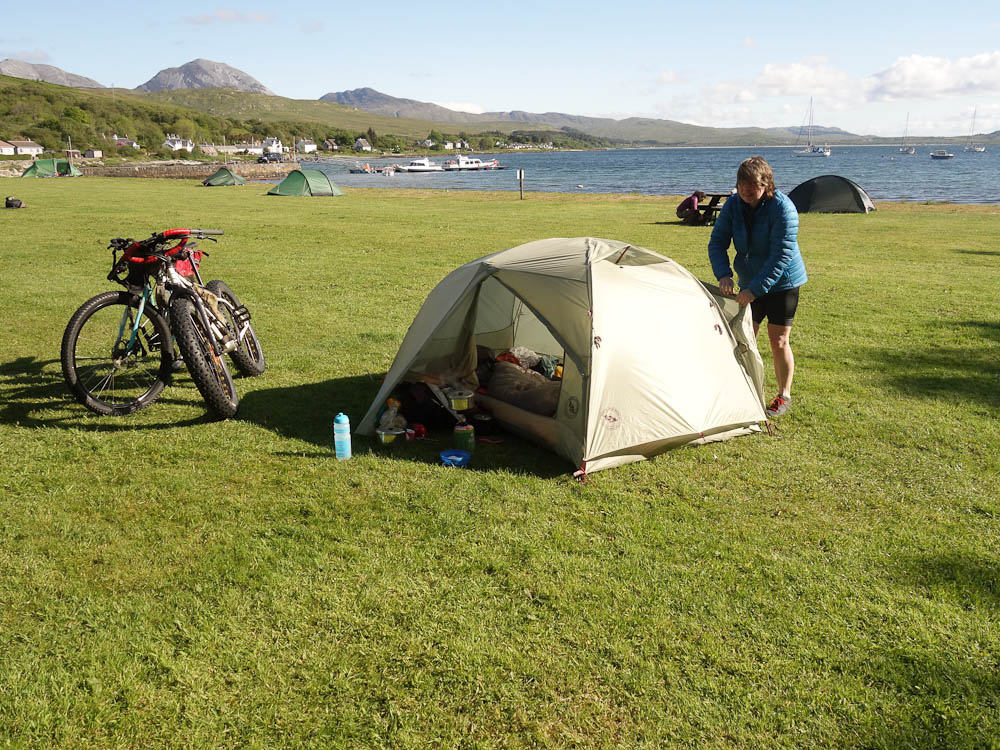 The next day we headed up the only road on the island (more Vanhelga dragginess) then along the track to Barnhill where George Orwell wrote 1984.

Almost end of the road 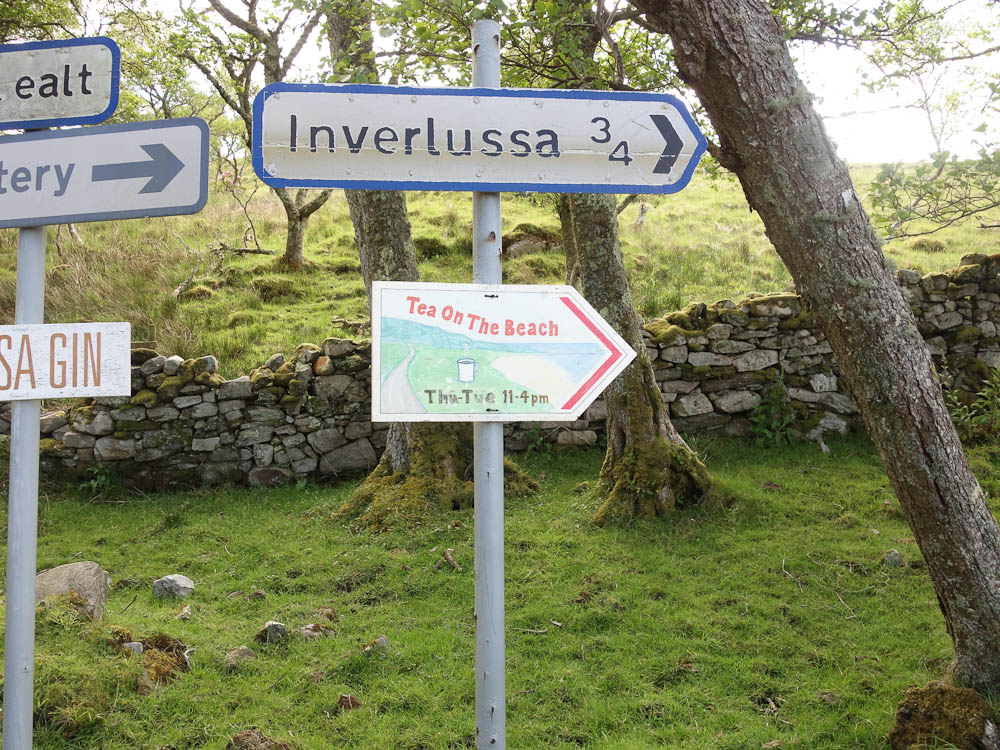 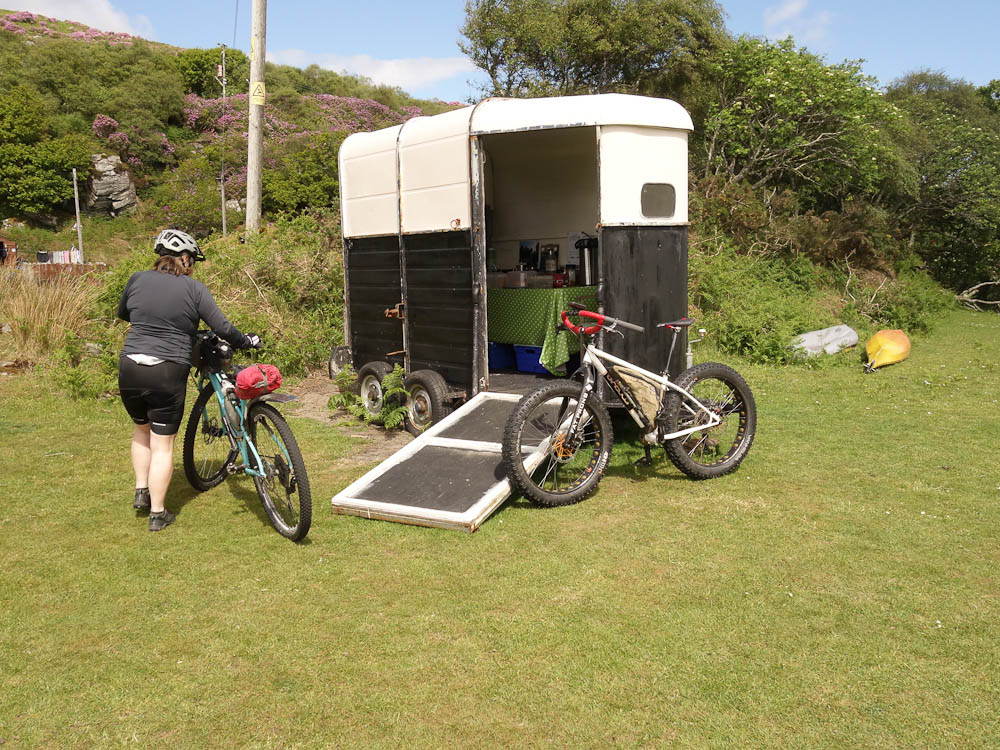 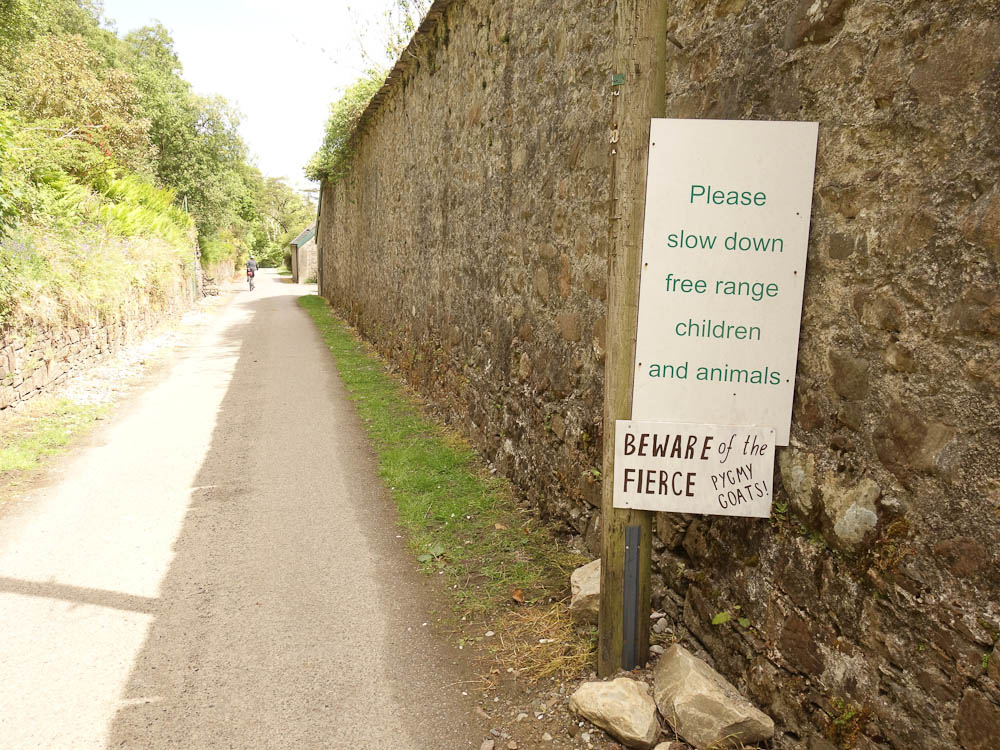 One of the best bits of graffiti/vandalism I've seen. 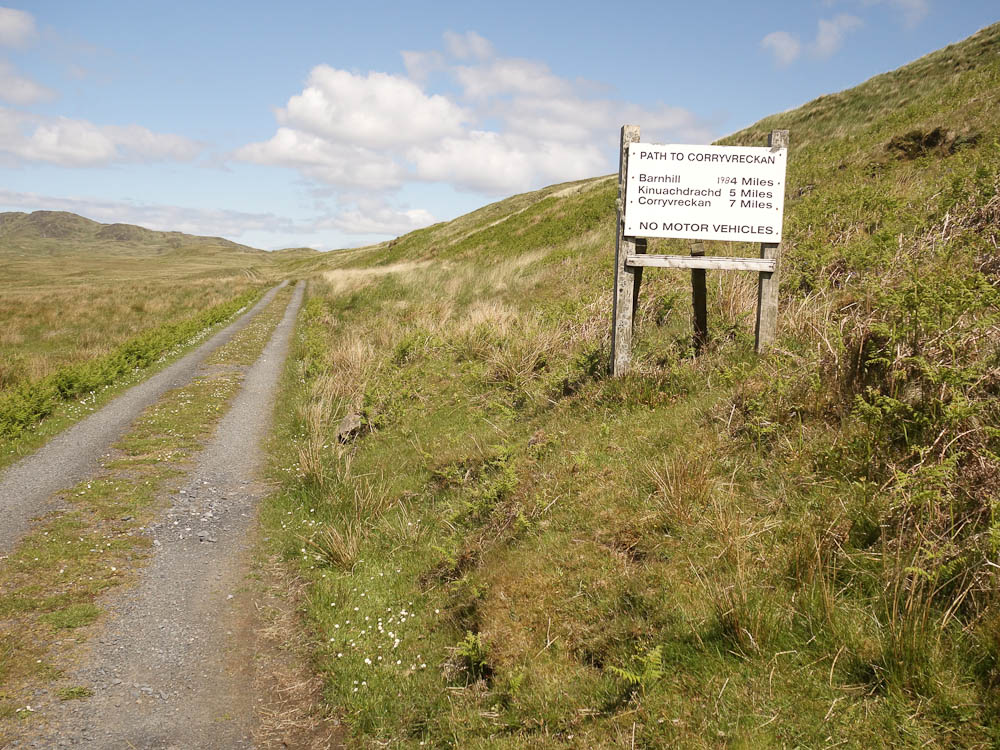 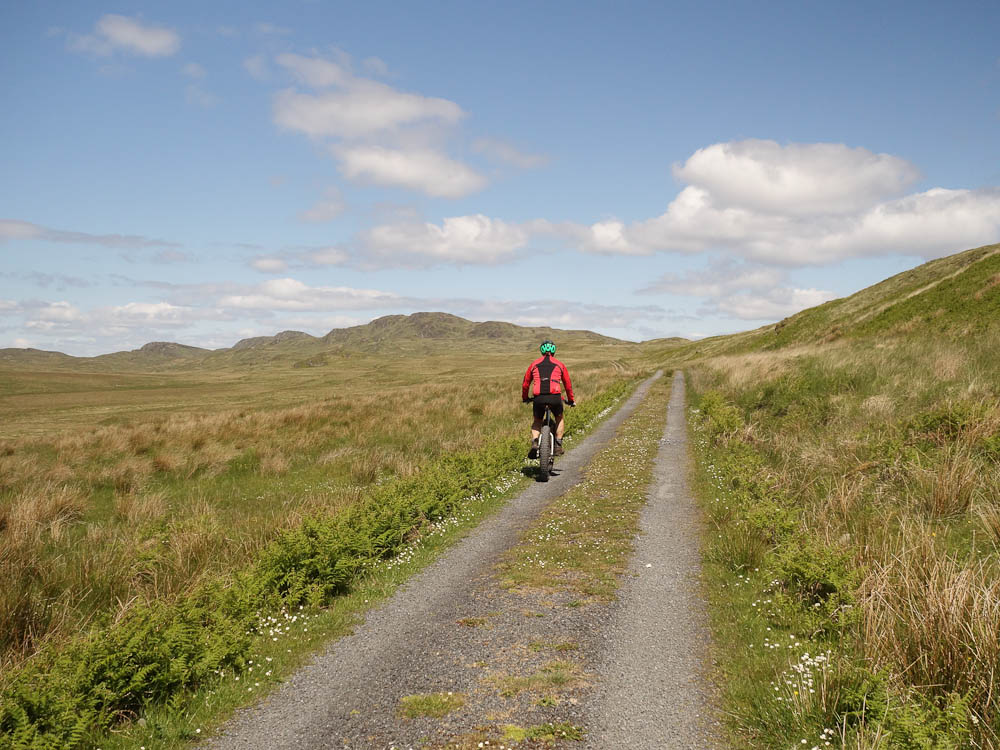 Barnhill itself is a private residence 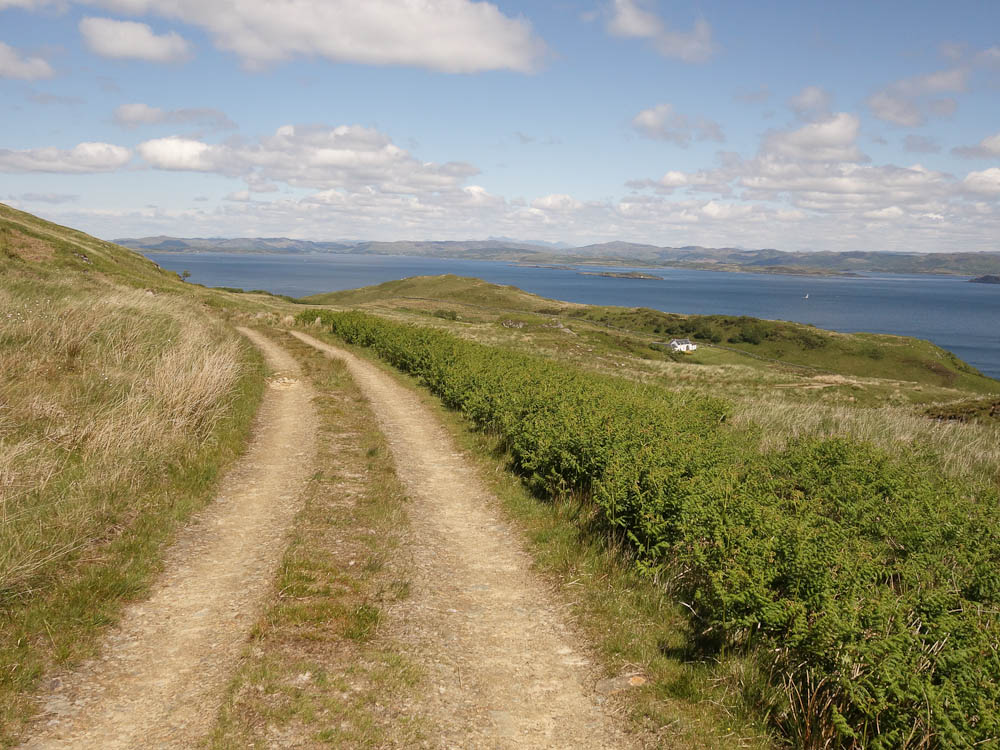 Another night at Craighouse, well in the pub! then we headed back to Islay. After a bit of a loop on the island we restocked and headed in to An Cladach bothy. The occupant of the house/farm at the end of the track was less than complimentary about the bothy book. He did warn us about possible adders in Glen Logain.

Following a very faint ATV/Argocat track from the farm down Glen Logain to the beach. Even after all this dry weather it was pretty boggy and we had to walk bits. The bothy is behind the headland on the right. Jura across the water. 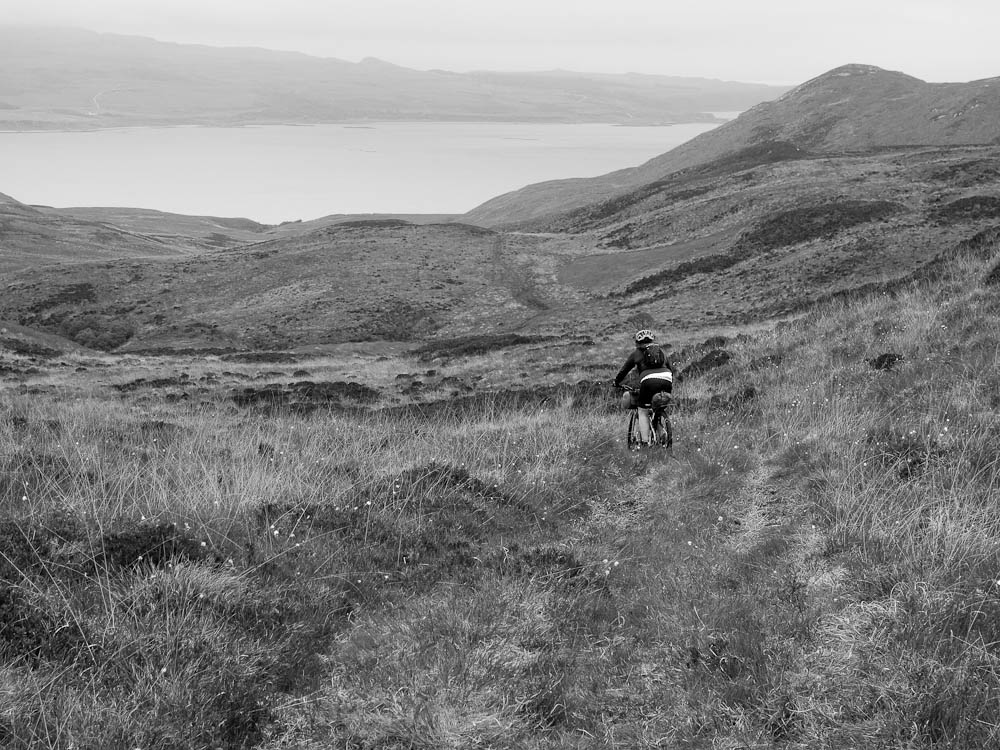 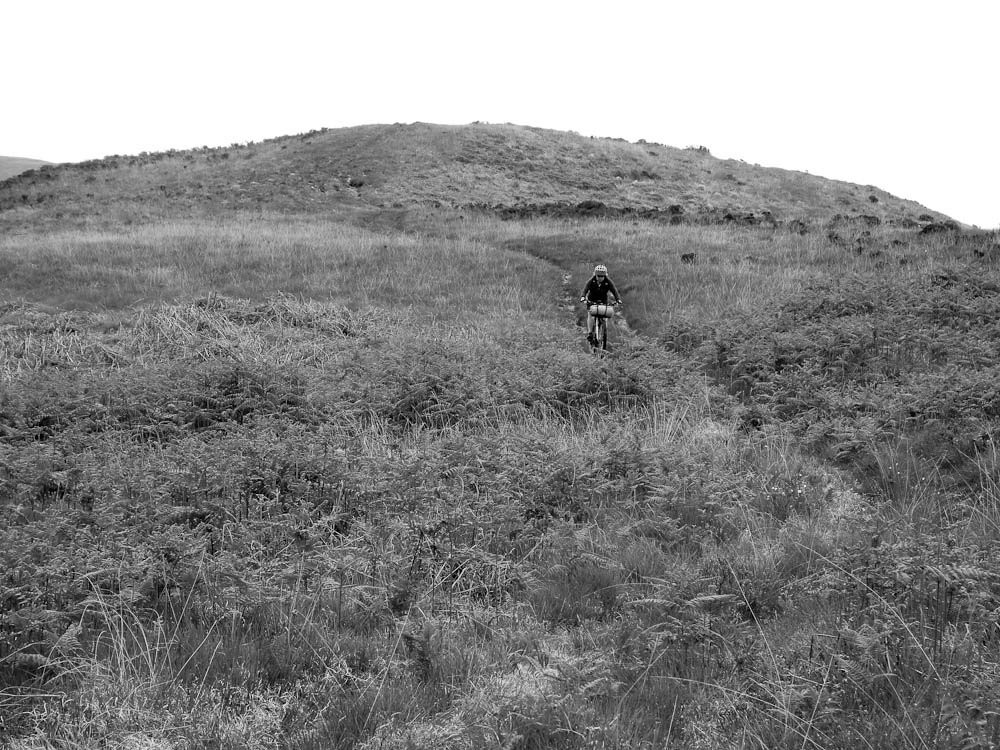 On the beach, progress was a little slow at times! 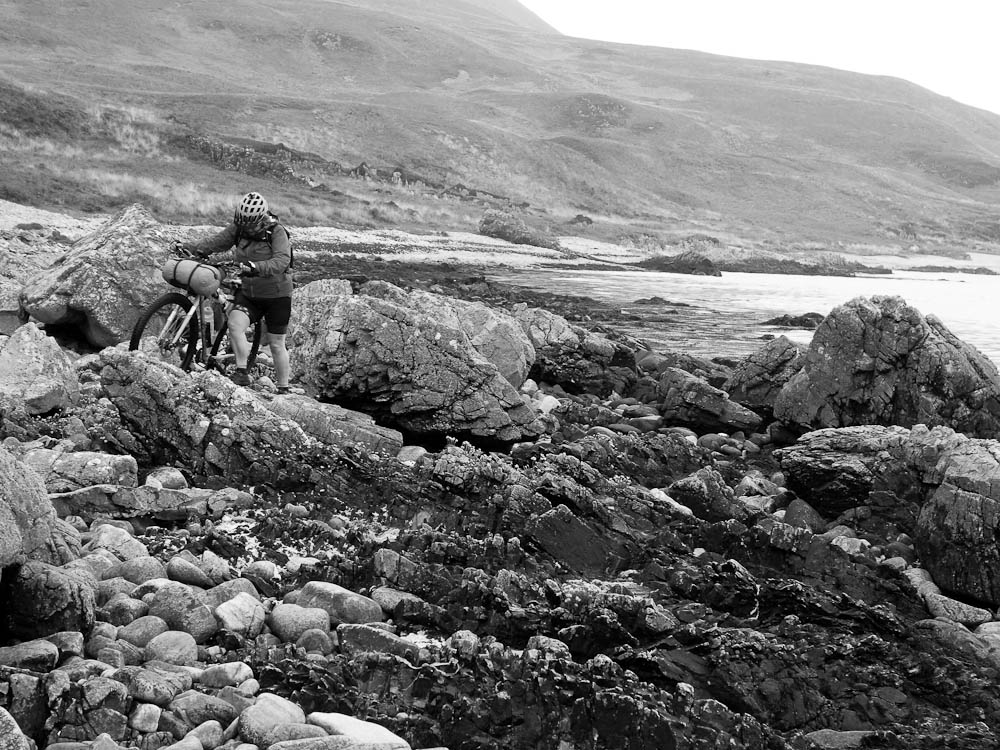 There were lots of crab remains around. Suddenly realised that they were from otters, unfortunately we didn't see any. 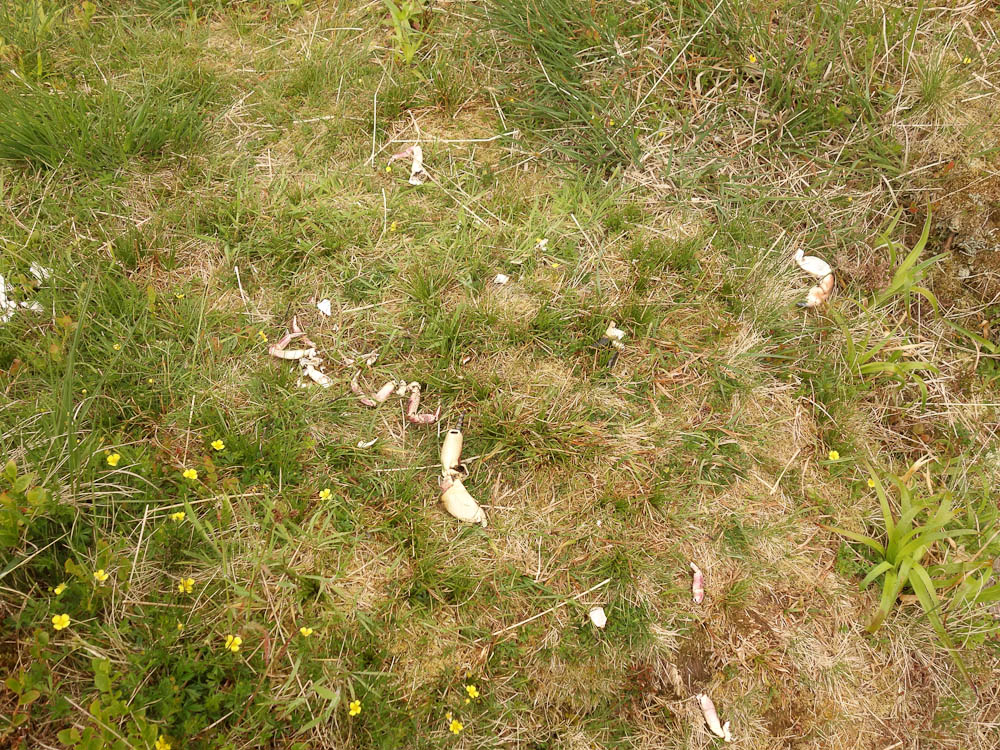 This is the bothy, stunning location. Even has Thermarests on the beds! We got there just as it started to rain, good timing. 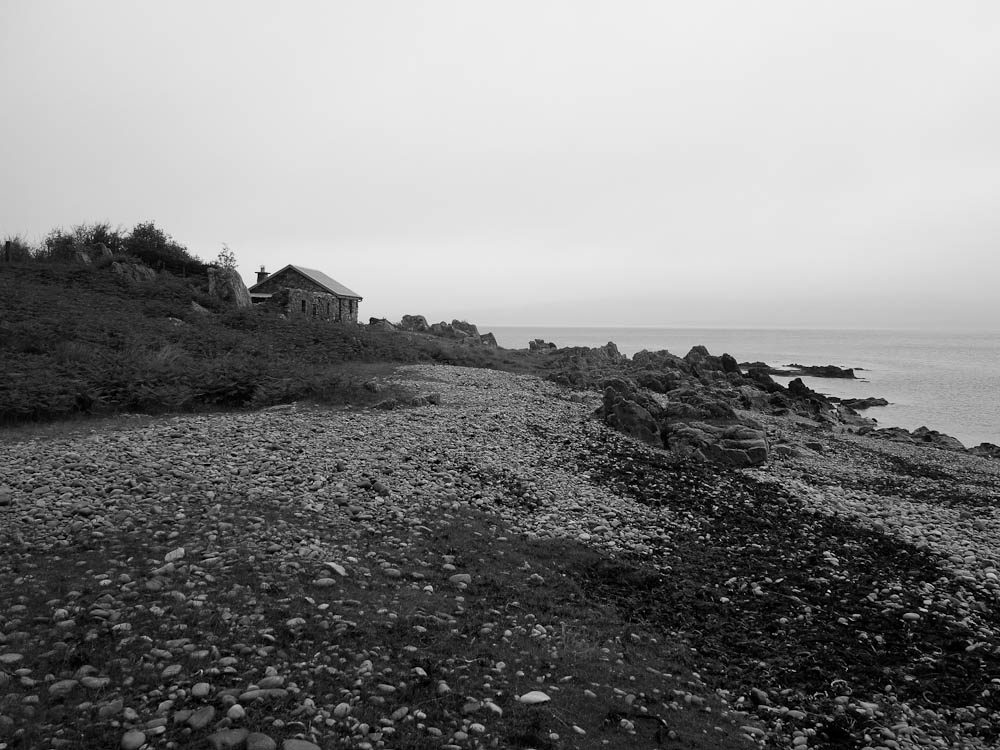 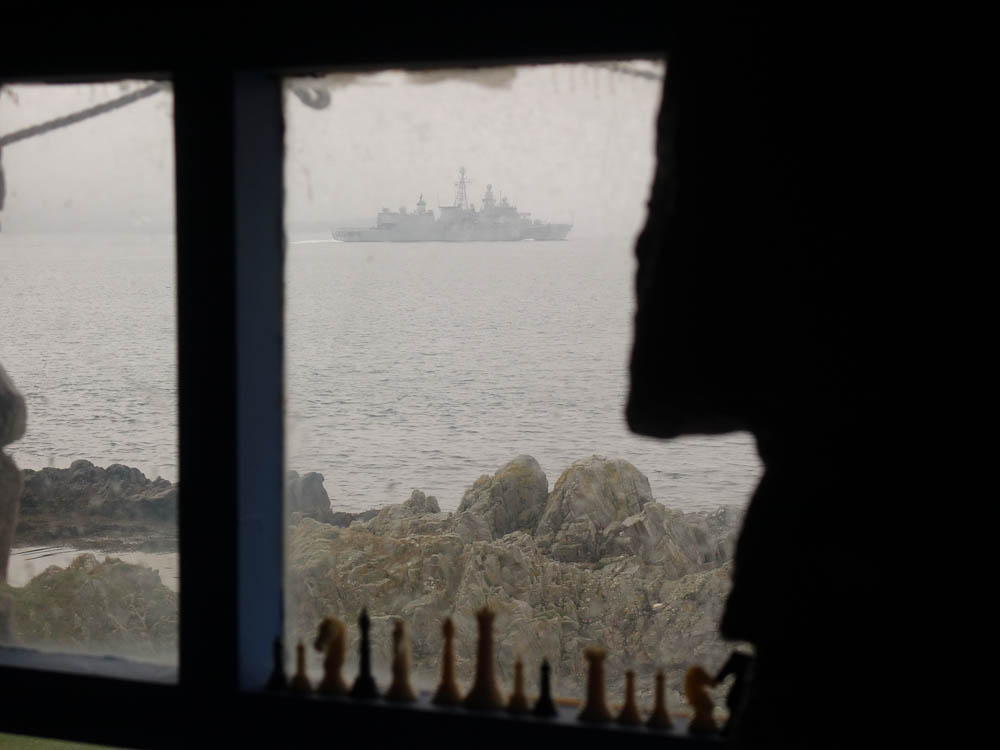 We'd thoughts of stopping two nights but we had real trouble getting the fire going as there was only damp peat to burn so we headed back up the glen the following day. Apart from the steep climbs it was much more rideable than I thought it might be, a steady 90mins to get out. Then we just had to time trial it across to Port Charlotte to get the ferry back to Kennacraig.

That looks lovely that Bob. Thanks for sharing your (holiday) snaps...

and the writeup...
Top

Aye its a nice part of the world up there. I thoroughly enjoyed my trip there last year

Thanks for posting this - I have been planning a visit there for ages now.
http://www.weirdosonbikes.com
Top

Looked like a nice way for Cath to recover from the HT550. Cruib Lodge also looks like a very atmospheric place for a visit by bike. Craighouse is a fantastic spot for a campsite as long as the midges aren't too bad. Last time I visite Craighouse I was thrown off a boat at 2am in a howling gale and lashing rain to run over the Paps, only 3 hours after coming off Ben More Mull, those were the days

We pitched up on the hotel campsite/field with the tent facing in to the wind as per my first shot. During the second night the wind backed round by 90 degrees or so and we were in the lee of the trees and the midges were out in force

We did think about going to Cruib but land access looks very boggy - there's talk of ATV tracks to it but they made that down to An Cladach look like a motorway! Looking at the map, I reckon sea kayak or packraft would be the best way there. Ruantallain bothy is even further out on the coast.

Hi Bob,
Yep, kayak is definately the best way to visit Jura and Islay, I've circumnavigated both by kayak, very hairy in places, when I did it there was a massive sea running off the Mull of Oa, waves about 4 meteres high or thereabouts. Sadly Cruib and An Cladach didn't exist then and at that time Ruantallain was in a mess, looked as if the door had been left open and it was full of various types of poo, so camped a bit further up the loch.
Top

That looks really nice, and the weather looks good? Are you sure you were still in Scotland?

Don't worry Sean, heading out from the bothy it was back to rain which lasted for the ride to the ferry, the ferry back to Kennacraig and then the ferry over to Arran. And all the next day

Only cleared up on the Saturday.

Very well done Cath and Bob for getting to the birthplace of 1984. I've tried and failed the same number of times as I've read the book: twice

Great to read about a trip that inspires me to strap kit to the bike and get out in the wilds again, rather than just day tripping from the van or more comfortable accommodation, increasingly becoming my preferred option these days as I become more intolerant of an uncomfortable night lying awake ‘‘under the stars’!
Top

Ok, you've convinced me to finally do the road trip that I've been thinking about for ages...