Howdy all,
I'm a long term lurker here, but finally got round to signing up. I recently had a great wee trip across Albania into Kosovo which I'm sure would interest plenty on here.

Myself an my pal Andy headed over to the SSEC19 in Molise, Italy. I hadn't originally planned to go, as it's a long way for a weekend party. Then, when he told me his plans for the following week, I decided to take the time off work and go for it!

The journey started with a flight to Luton, overnight in a cheapo hotel, then an early flight to Bari the following morning. From there, train up to Termoli and chop the bikes out of their boxes.
Friday / Saturday was the SS event and boozing.
Sunday, we took the train back to Bari and searched out tickets for the overnight boat to Durres, Albania. Boat left at 8pm and arrived in Durres at 8am. 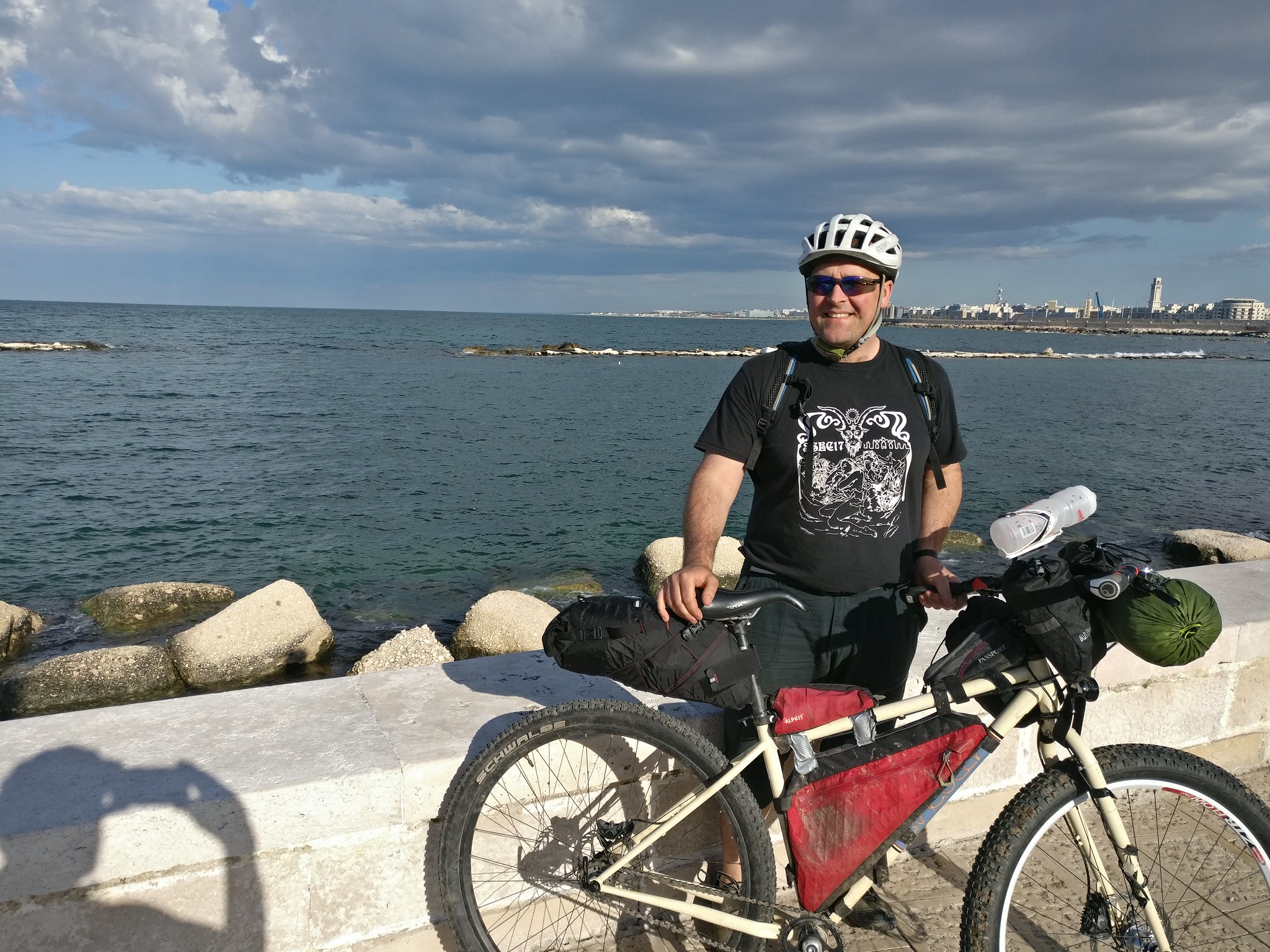 Culture shock!
As a port town, Durres is a bit rough and ready. Even by Albanian standards!
The roads very quickly deteriorate into broken tar, and then into dirt. Not a place for skinny tyred roadies... 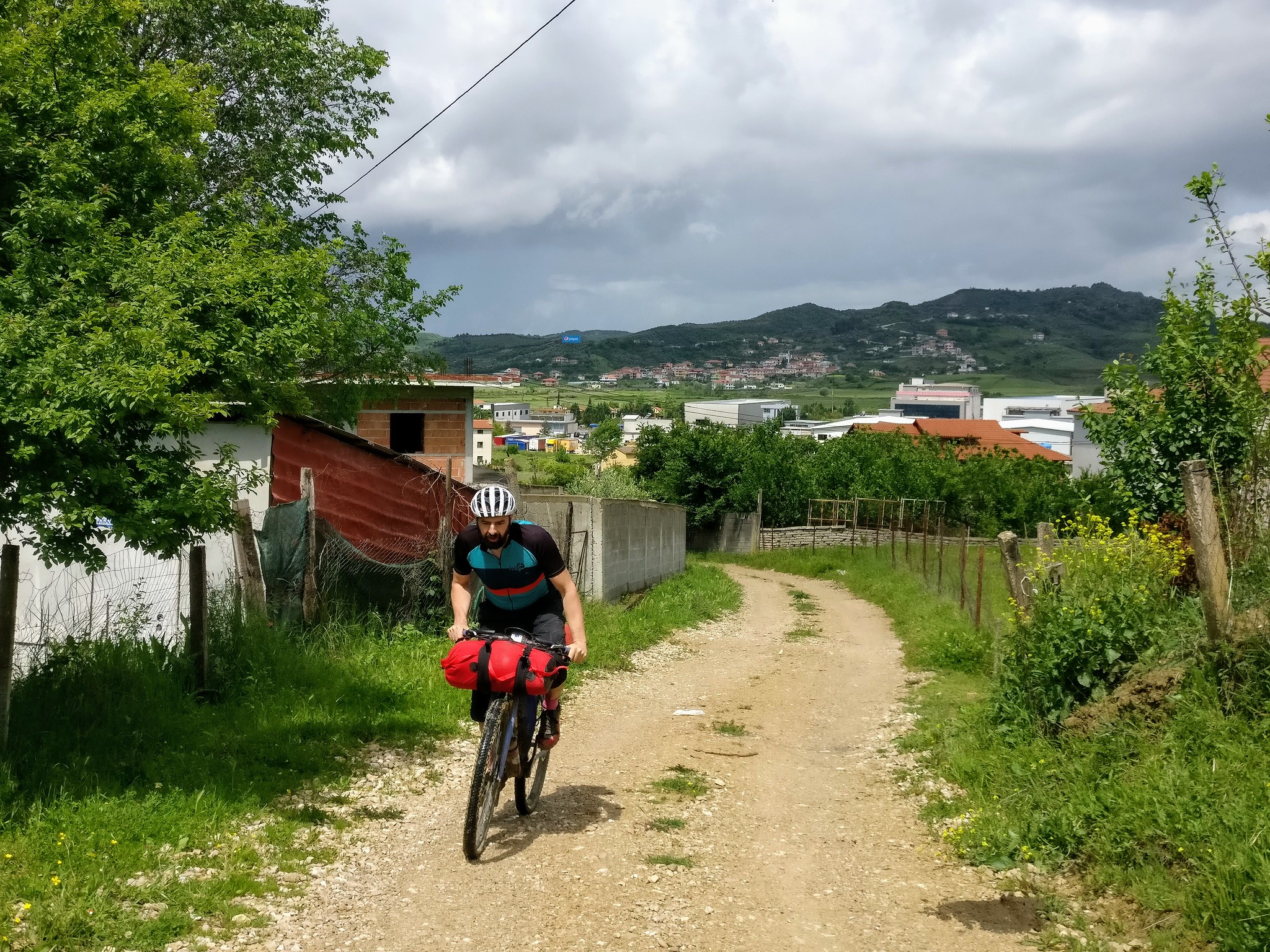 Passing by the airport, the track had been ploughed into the edge of a field. A field of extremely sticky clay soil 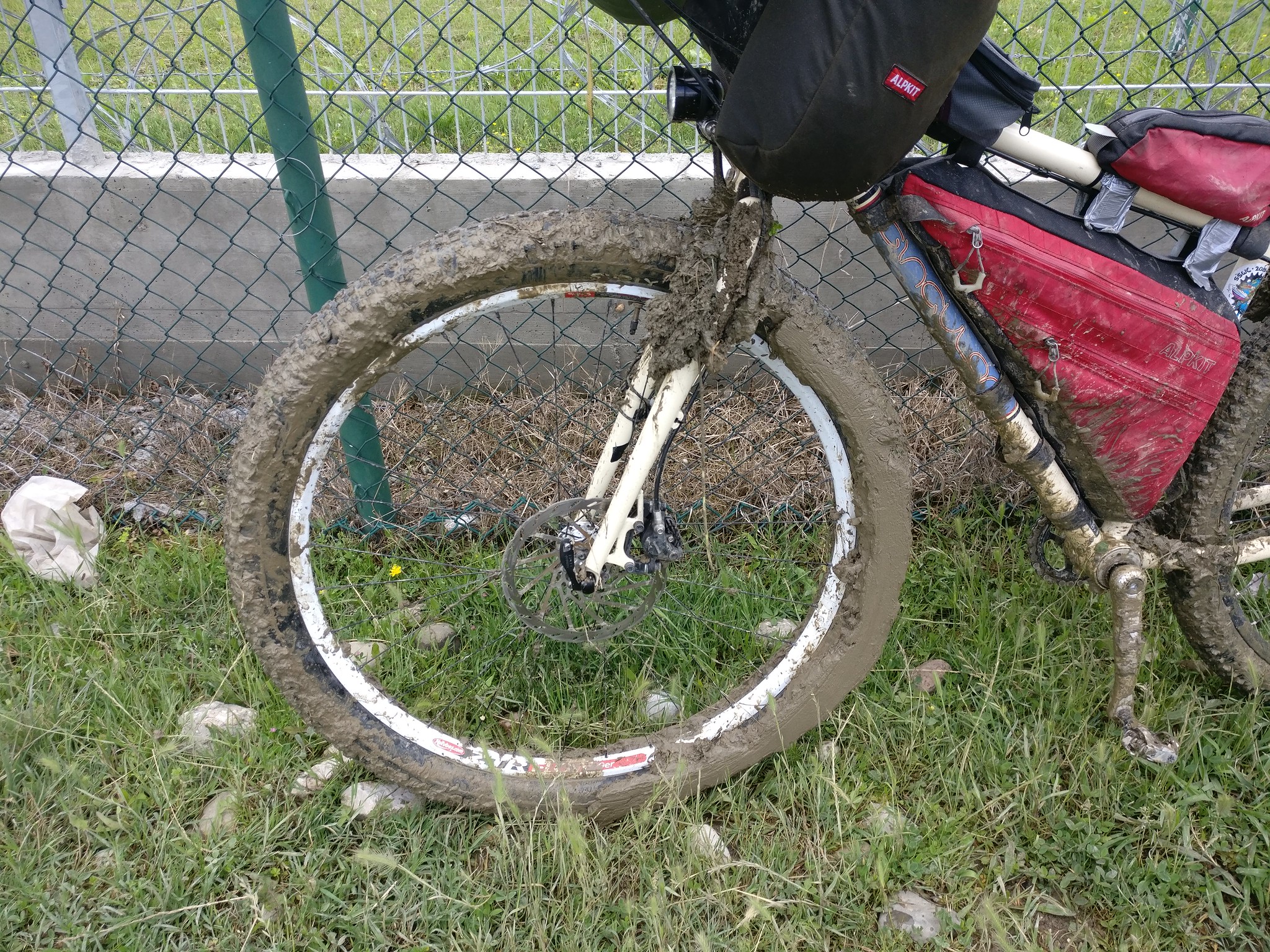 Said field had a small sheep farm, where we disturbed the dogs/ chickens and a guy came out of his hovel weilding a handgun. A touch alarming, but he thankfully deduced quickly that we were harmless idiots, and disappeared back into the hovel.


By mid afternoon, we were well into the hills and stopped at Pinar for a late lunch. The last chance for food for a long way, with a lot of climbing ahead. 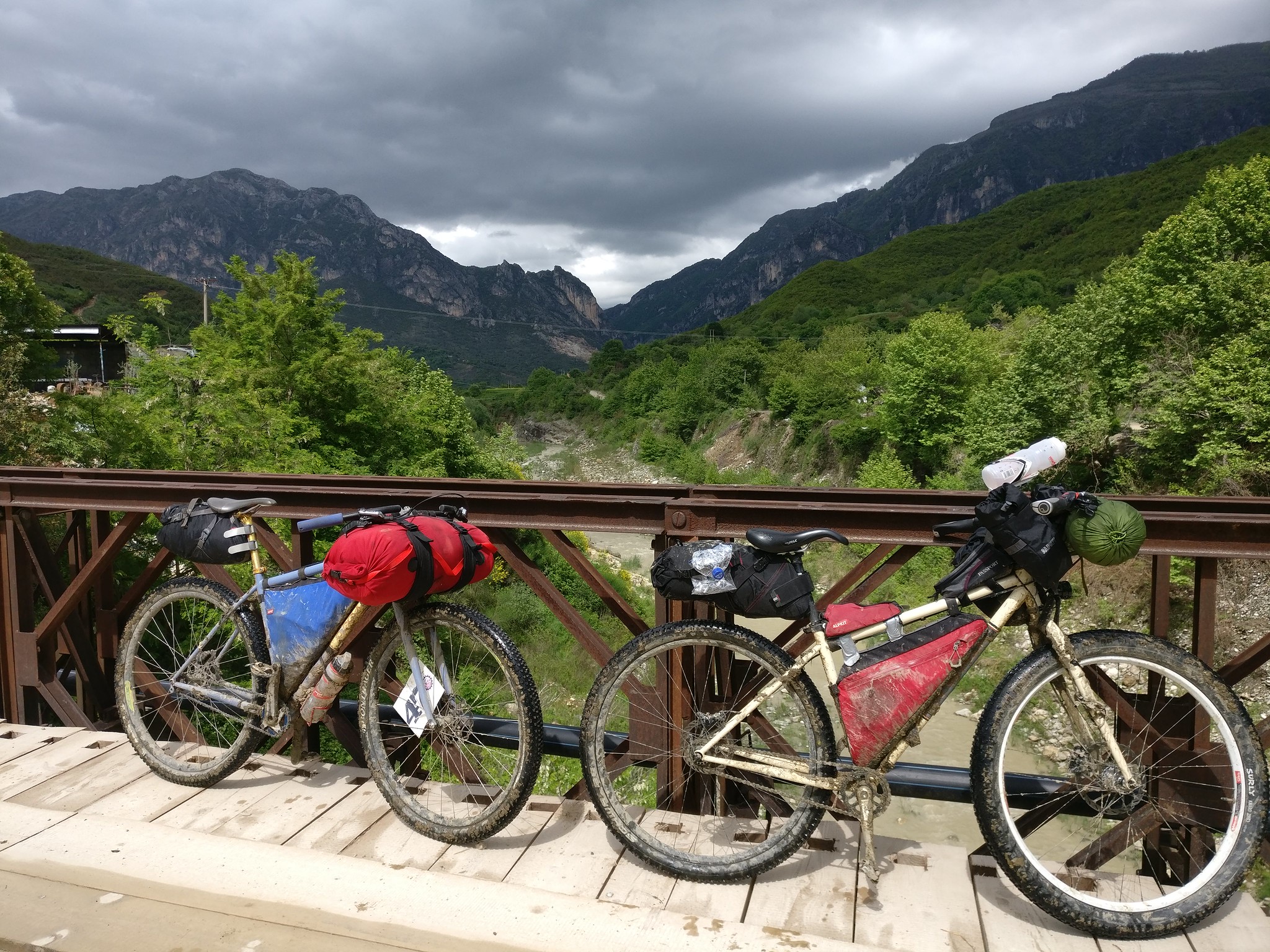 I'd highly recommend the small cafe / butcher at Pinar. Massive fresh salad and a mountain of bread and cheese we couldn't finish - €5 for two! 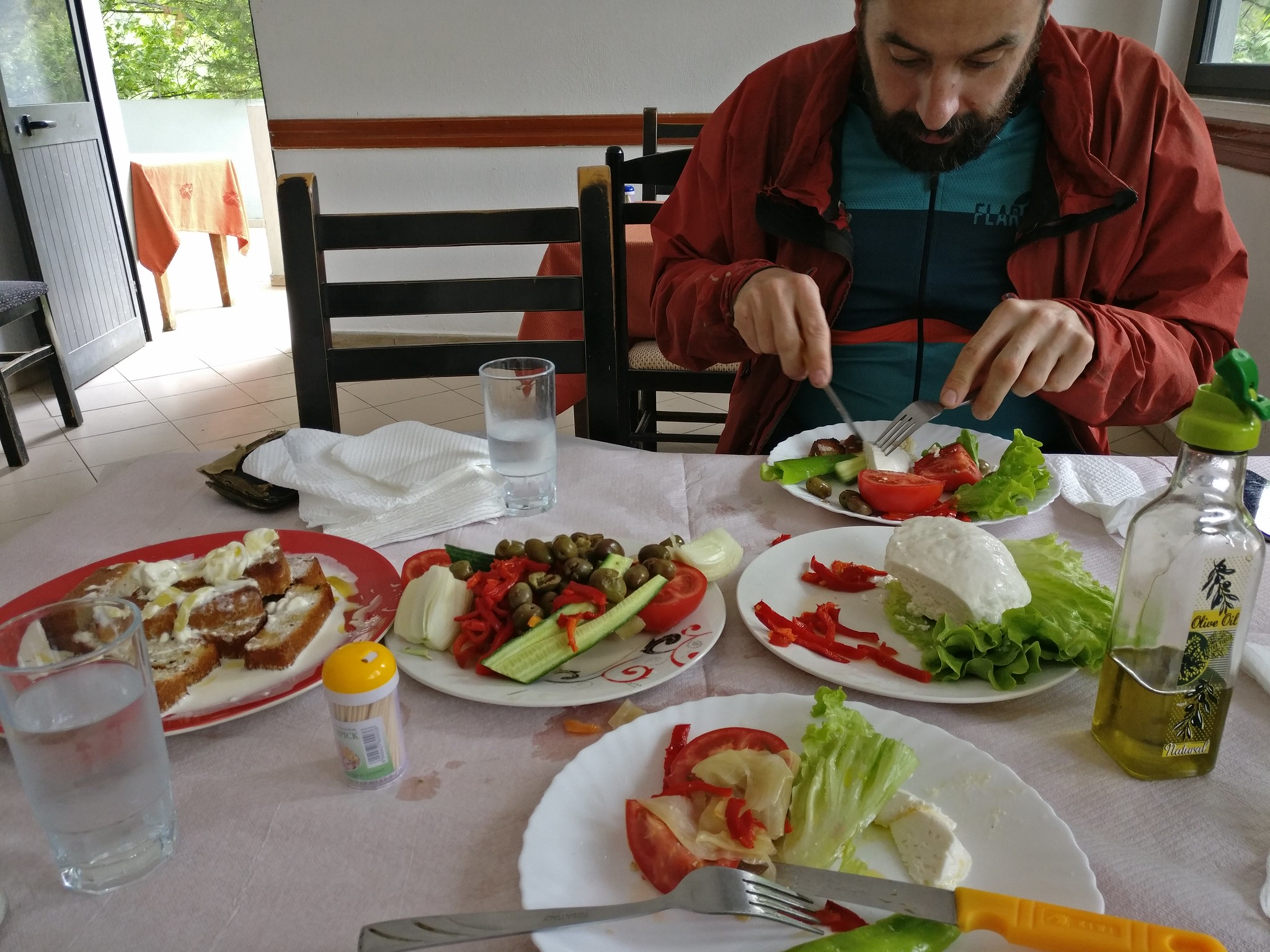 From Pinar, we headed NE towards the lake and the big climb over the hill heading North. Beautiful countryside. 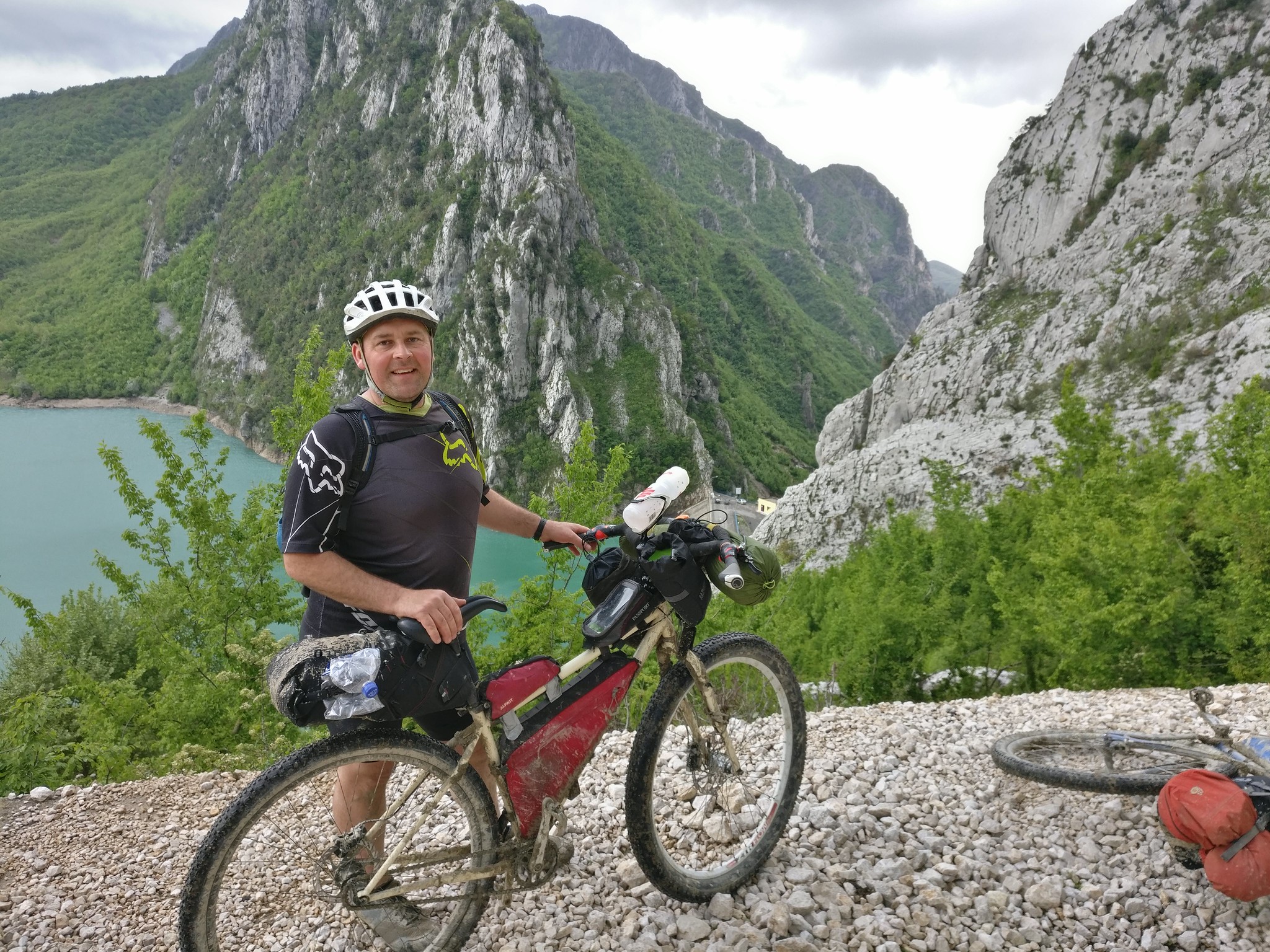 Then it started raining...
As afternoon turned to evening it got properly cold and the rain became constant and very heavy. There is a place marked on the map at Cudhi Kampt, but we had no idea what we might find. The last while slogging up the climb to the tarmac road was worrying - I really didn't fancy crawling into a tent soaking wet. We were up about 1200M, passing small patches of snow.
Thankfully, the lights were on at the 'resort' and we scored a very cold cabin and a good feed.


Setting off the next day, the goal was to get to Burrel for brunch, then on to Peshkopi - a fairly ambitious day.

Not really much to report apart from great riding on dirt roads, stunning scenery, cheap food, and lots of climbing. The last miles along the road from the river crossing at Rreth Kale were hard going in the dark. We were well and truly knackered and the last climb seemed to keep going on and on.
Oh, and tortoises. Just cruising about at the side of the trail. 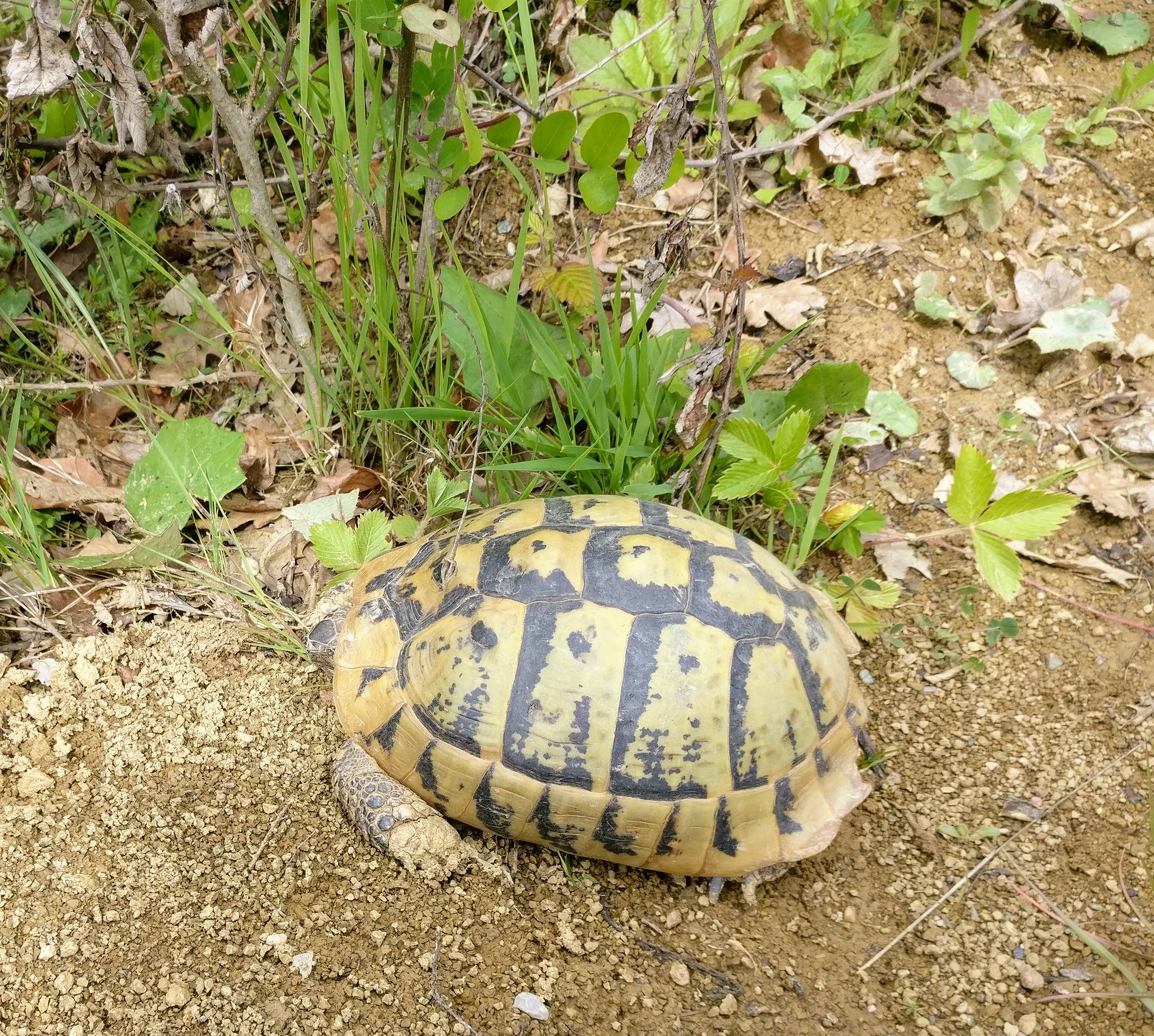 Another hotel in Peshkopi, not really worthy of the name bikepackers.

Camping isn't really that easy anywhere near habitation in Albania, there's always a dog ready to kick off somewhere nearby. I was quite happy to forgo the tent for a comfy hotel room and slap up feed!

From Peshkopi, the next target was Kukes to the North. A short burst along the tarmac, then another full day of fantastic riding along valleys, climbing up over passes and down the other side. The weather was great. Just a great day out.
This was the only day we bumped into some other tourists, parked up in this impressive bicycle. 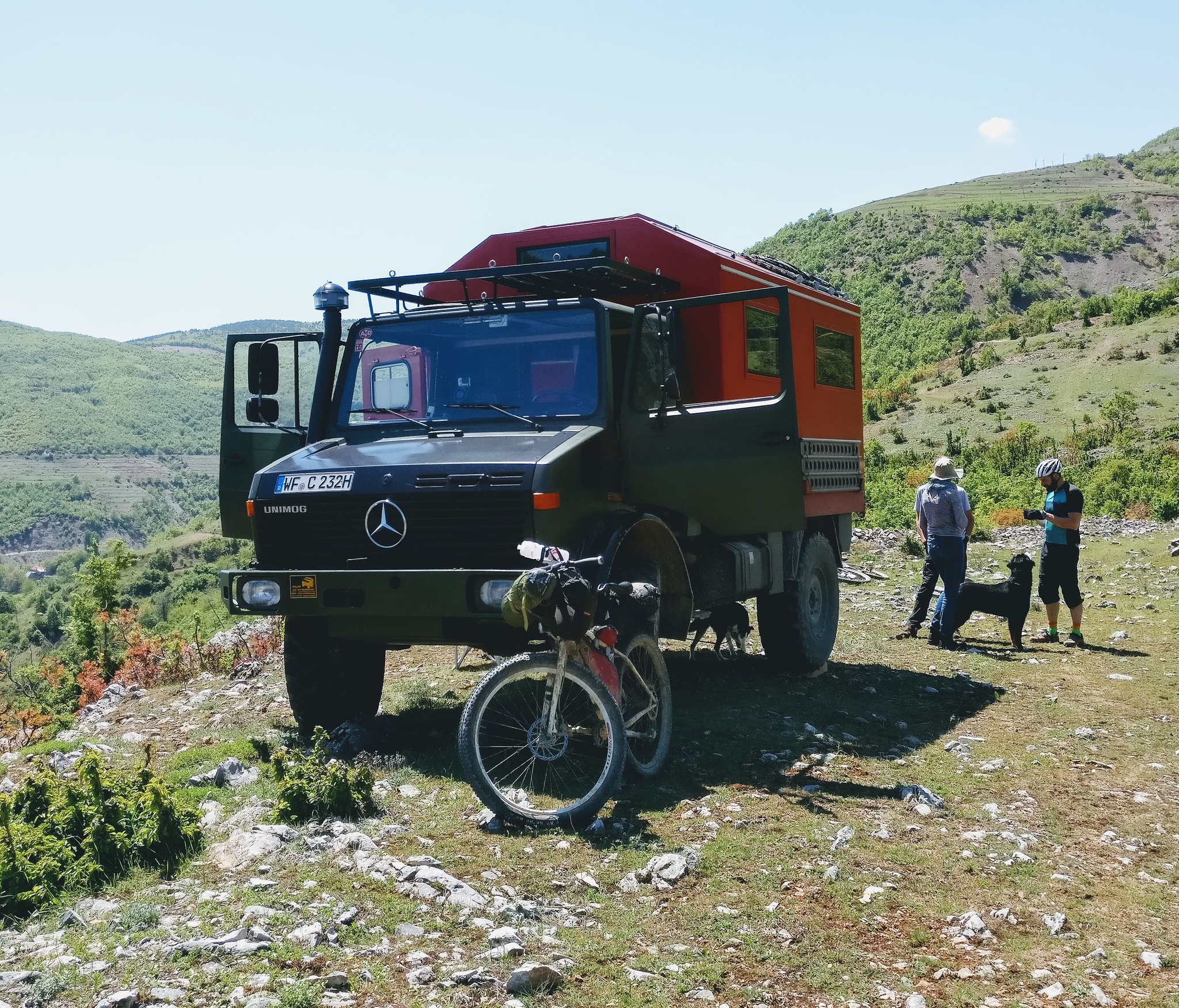 The big snow peaked mountain in the distance, we were headed for the other side of that. Kukes is at the base of it. 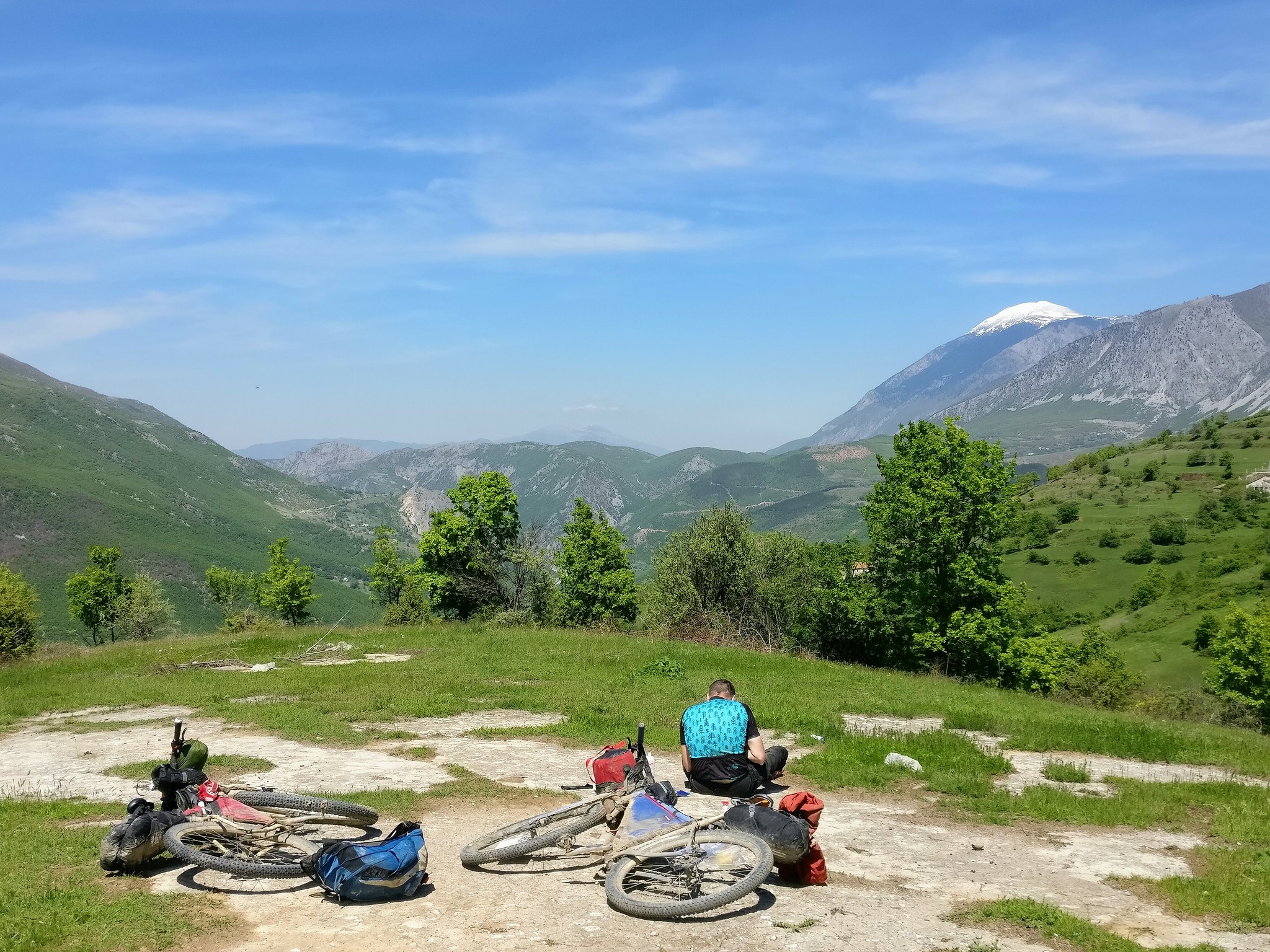 I did a trip in southern Albania. Beautiful women.
Top

I did a trip in southern Albania. Beautiful women

Must be something to do with the ban on wearing beards

Cracking. Bet you're glad you went.

Looks great. Tempted to have a go at that sometime.
http://www.weirdosonbikes.com
Top

I hope there is some camping in pt2, otherwise it's a lot of gear for CC touring.

Sounds brillant. I went to Alban during the Balkan war, very friendly people and I remember seeing ww2 style pull boxes everywhere after getting off the ferry from Bari.
Top
Post Reply
8 posts • Page 1 of 1