2 days riding fat bikes near Gloucester. Was a good craic. 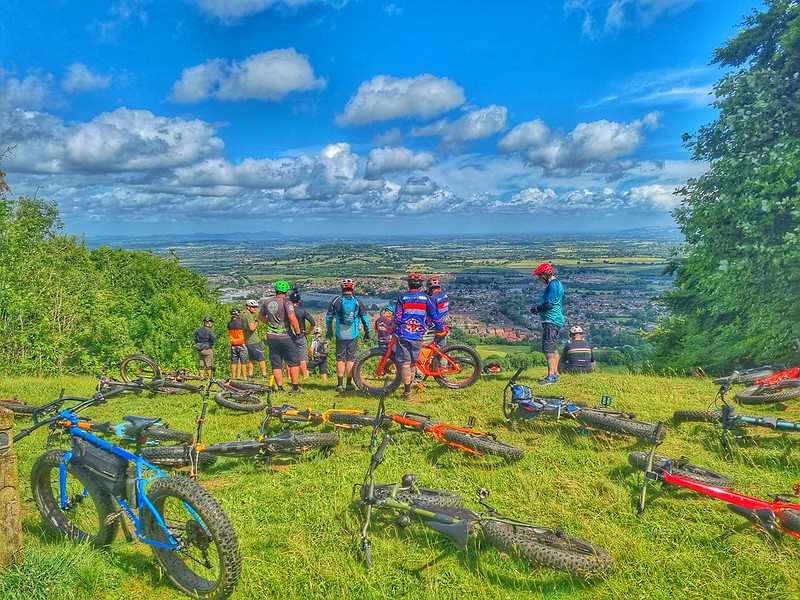 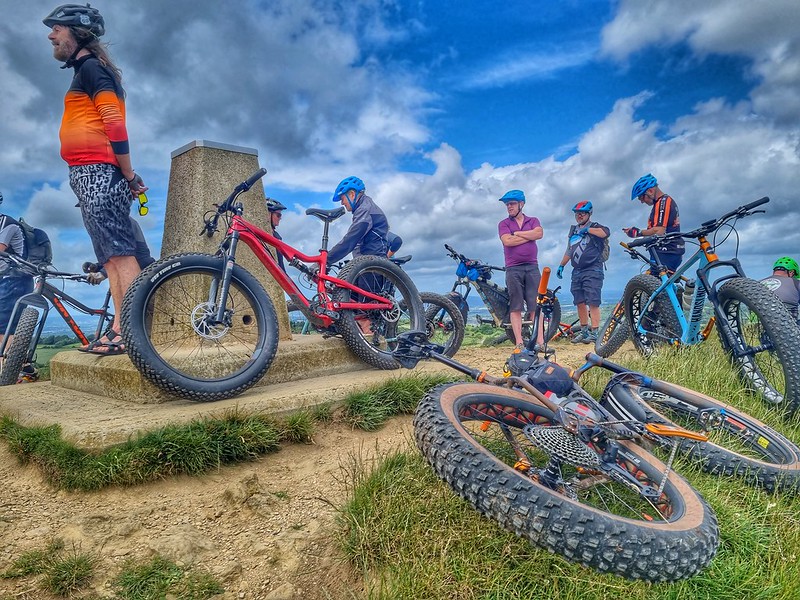 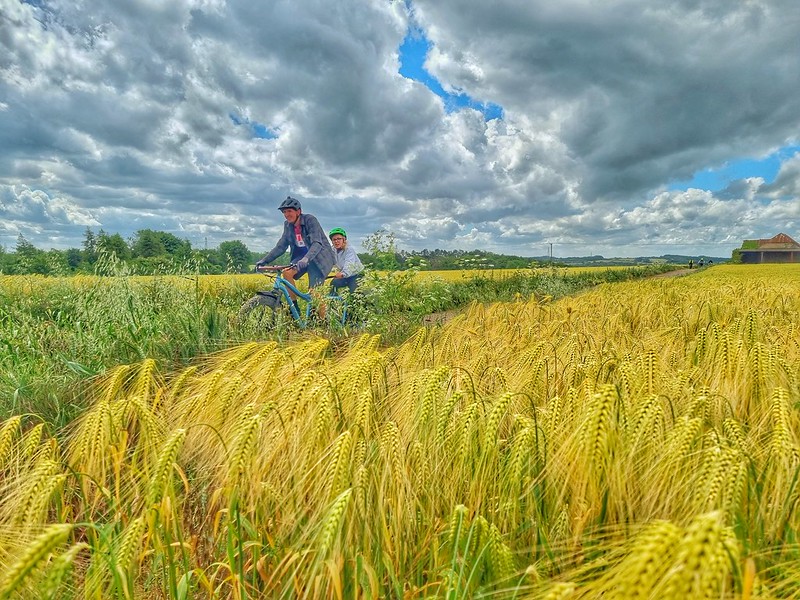 Here's my film from my solstice bivvy last week. If every bivvy was like this I think I'd be out every night!

Let me know what you think

Good that Jeff, you lucky git

Back on 'ignore' you go again Jeff

Was my longest ever, the Wales Sportive 112 miles round Tenby and Prembroke area. I'm dead chuffed, really wasn't sure if I had it in me.
Now I can go back to being a bikepacker, enough of all that tarmac and lycra....
https://www.instagram.com/zimberella11/
Top

In an attempt to beat the general malaise cycle wise I decided last night that I was going to get up have quick cups of tea and ride to one of the cafe's on the Malvern's for breakfast . Then have another look at some bits of Shaf's route particularly try to find the missing bridleway . Breakfast was great and on the way to find the bridleway which as it happenes was hidden in plain sight I encountered this strange beast .

Is that a Ewenion Jack?
Top

What felt like a decent ride for the first time in a while, some nice unofficial tracks along an old railway, then along the Wayfarer's Walk [byway] for a bit. Loads of nice off road, and legs tingling from nettles/brambles on the overgrown bits. Lovely. 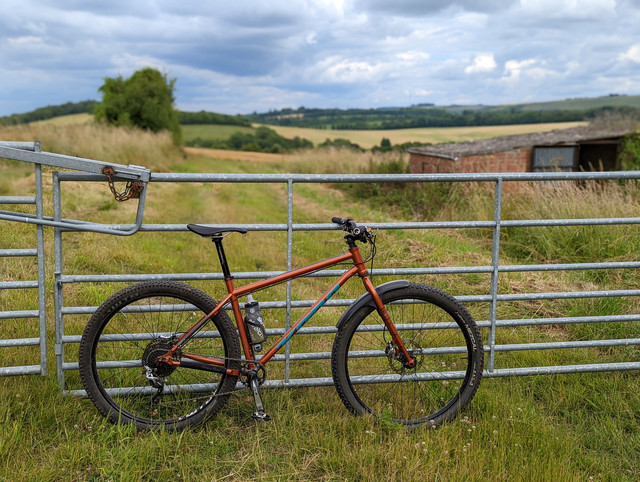 Yeah I know it's hardly Plynlimon on a dark and stormy night, but it's today's ride and there we go. Trying out some of MuddyPete's 'paths' from Linslade to Wing. Non-existent. To say I had to 'Wing' it is both accurate and an understatement at the same time. 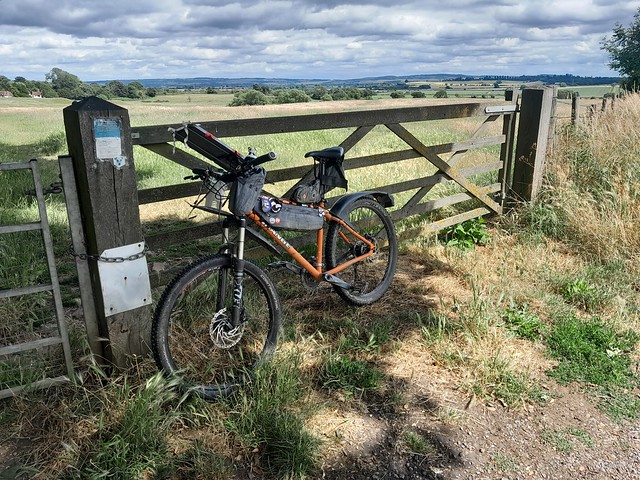 Raggedstone wrote: ↑Sun Jul 03, 2022 6:30 pm Malvern's for breakfast . Then have another look at some bits of Shaf's route particularly try to find the missing bridleway . Breakfast was great and on the way to find the bridleway...

Thanks there raggedstone you lovely chap. I look forward to completing the route/map then riding it. Much appreciated and lovely of you...
https://quran.com/
Why/how HW fuel muslim hatred https://youtu.be/F64HcgDqttA
What's really happening to Uighers https://youtu.be/dgipkT-IMT0
Top

Ooo, I nwver did tell you did I Reg. I finally managed to start breaking through that LB barrier and I too now know where Whipsnade Zoo is. I think it's at the 175 miler mark on my route which I've now named the Aafia Siddiqui Way.

Looking forward to rising it again and making progress past the 201 miler mark (which I'm now stuck at Reg... got an Uber this last attempt last month or this - I forget).
https://quran.com/
Why/how HW fuel muslim hatred https://youtu.be/F64HcgDqttA
What's really happening to Uighers https://youtu.be/dgipkT-IMT0
Top

There's something about a nice clean bike that I really love. That looks beautiful. Pity about Reg' with all them orrible bikepacking bags spoiling its clean lines.

Headed out early to test the new XT rear mech and shifter combo. Was glorious and lovely early on.

Thought I had longer, but a family engagement in the early afternoon, meant I had to sack off my planned long route and freestyle a slightly shorter one. Decided to take in various bridleways I haven't been down in a while, as they're not much fun on the gravel bike. Overgrown would be an understatement. Arms are absolutely shredded and stung to somewhere really, really far away, and back, the legs aren't much better.

Really started to struggle after four hours or so, partly the heat, partly the nutrition. Was still glorious, if slightly warm, when I finished.

There are theories at the bottom of my jargon.
Top

With it being eid weekend but me needing to ride, I hatched a plan (training they call it, them that make the BB200 look easy). After dropping the family at the inlaws I'd visit Bronte country, with a pre made route. Lots of green dashed lines on it and to top it off some of the Pennine Bridleway. 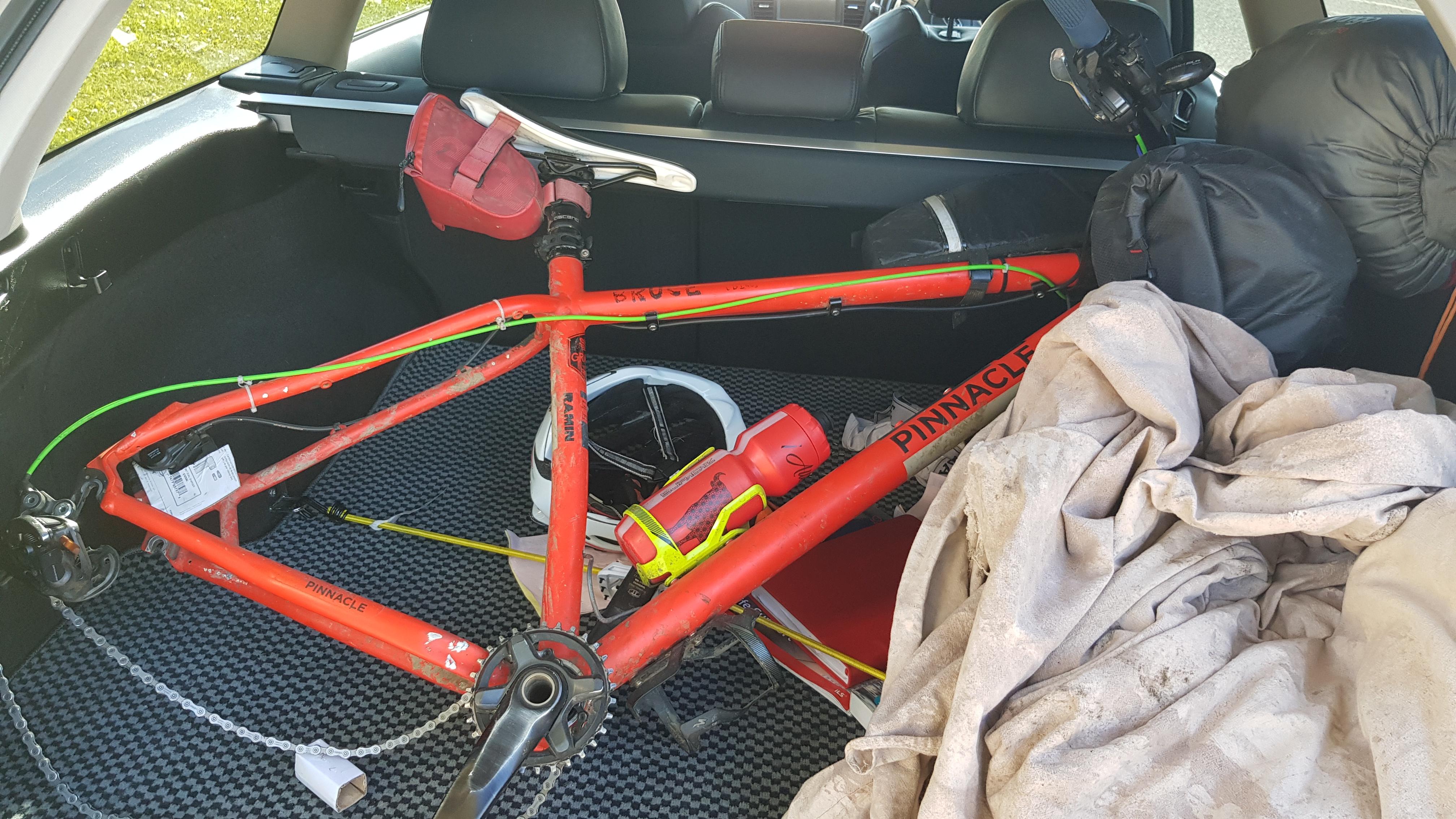 Managed to stuff the bike in car. 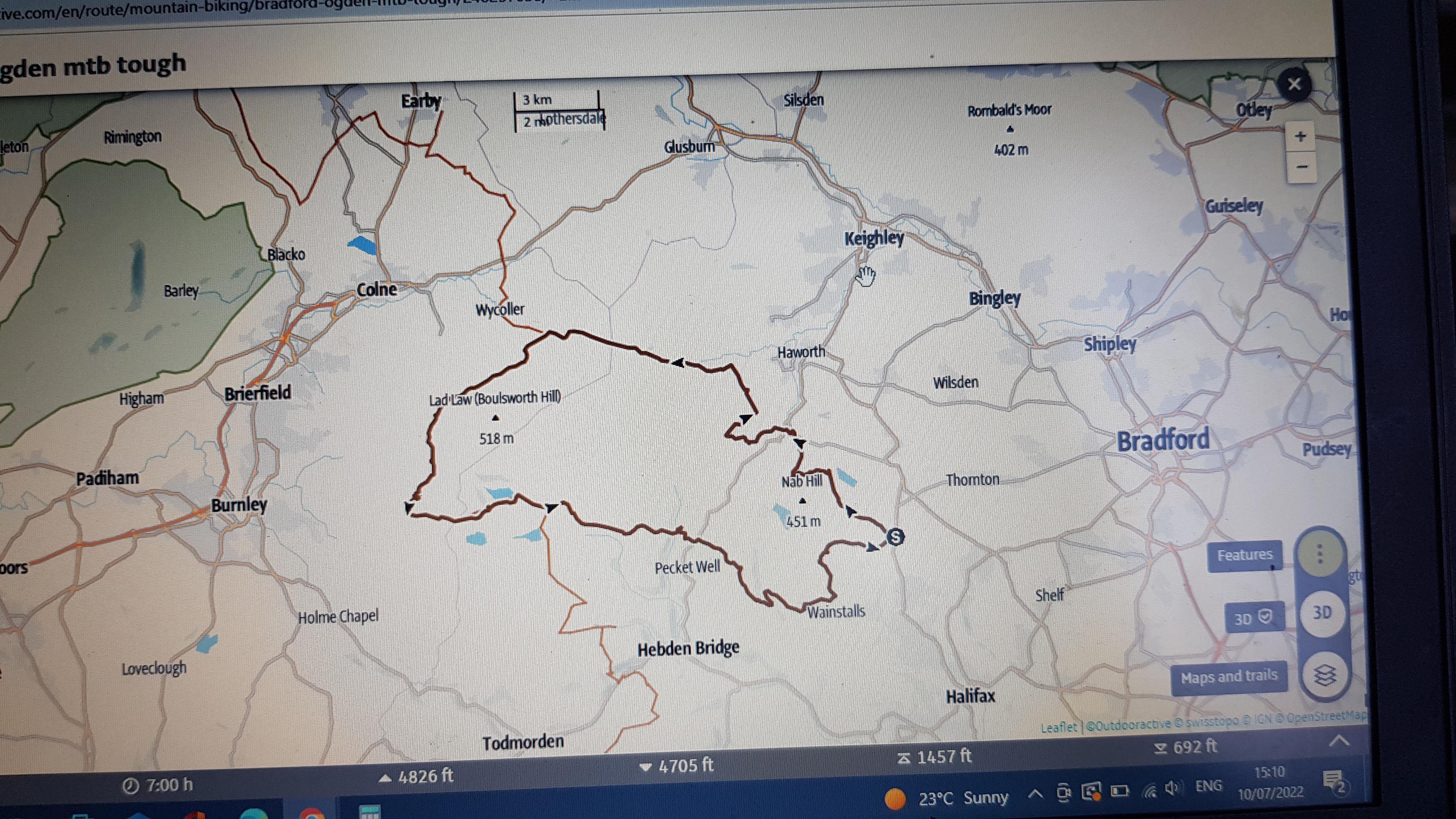 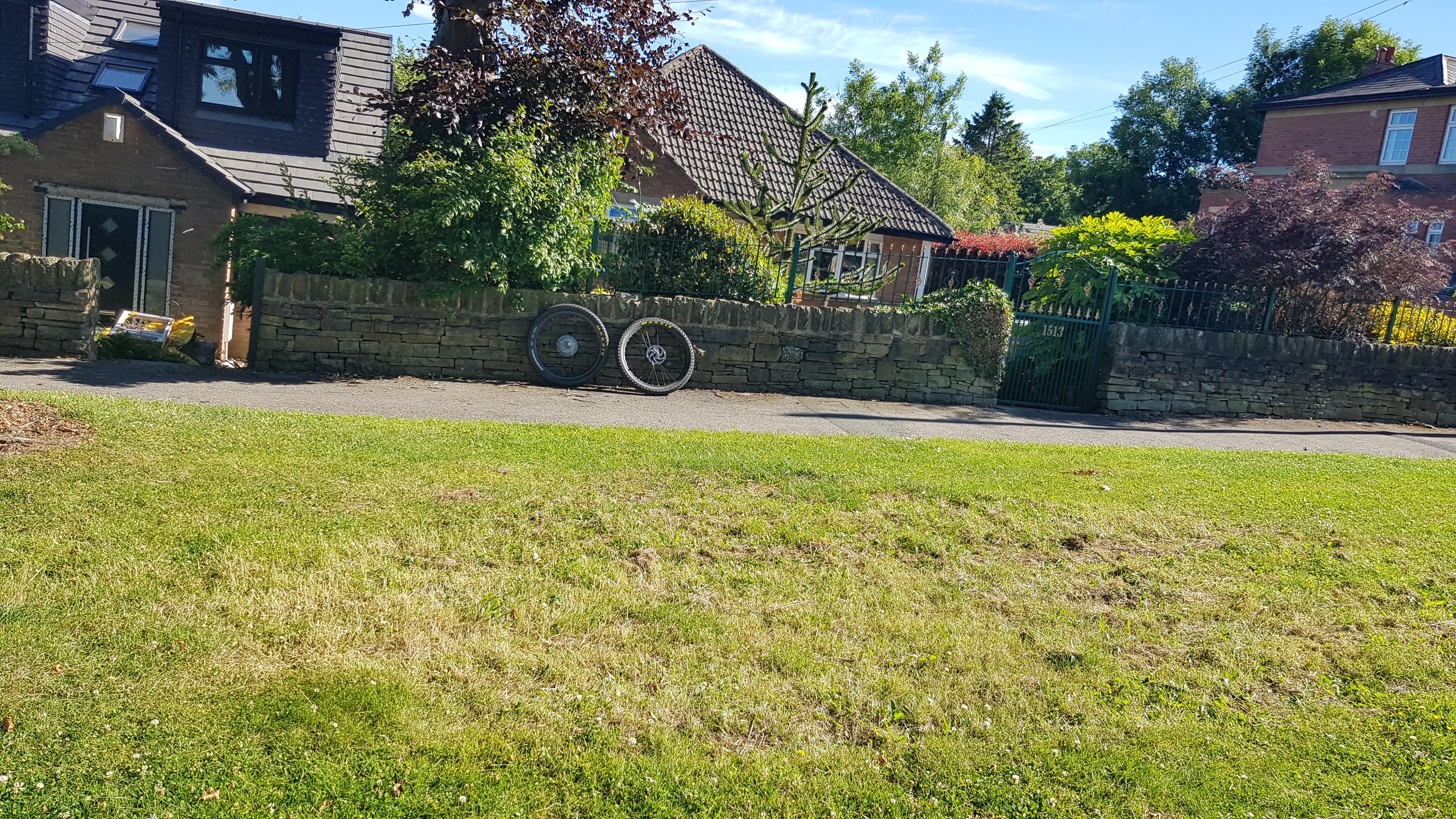 Family neatly away at the inlaws I drove away from Bradford to keep myself safe. If there's anything I'd learnt about cycling, Bradford was full of lunatic drivers and Kieghley was full of drivers that were previously too dangerous for Bradford. All lunatics and possibly low IQ (the dangerous ones). 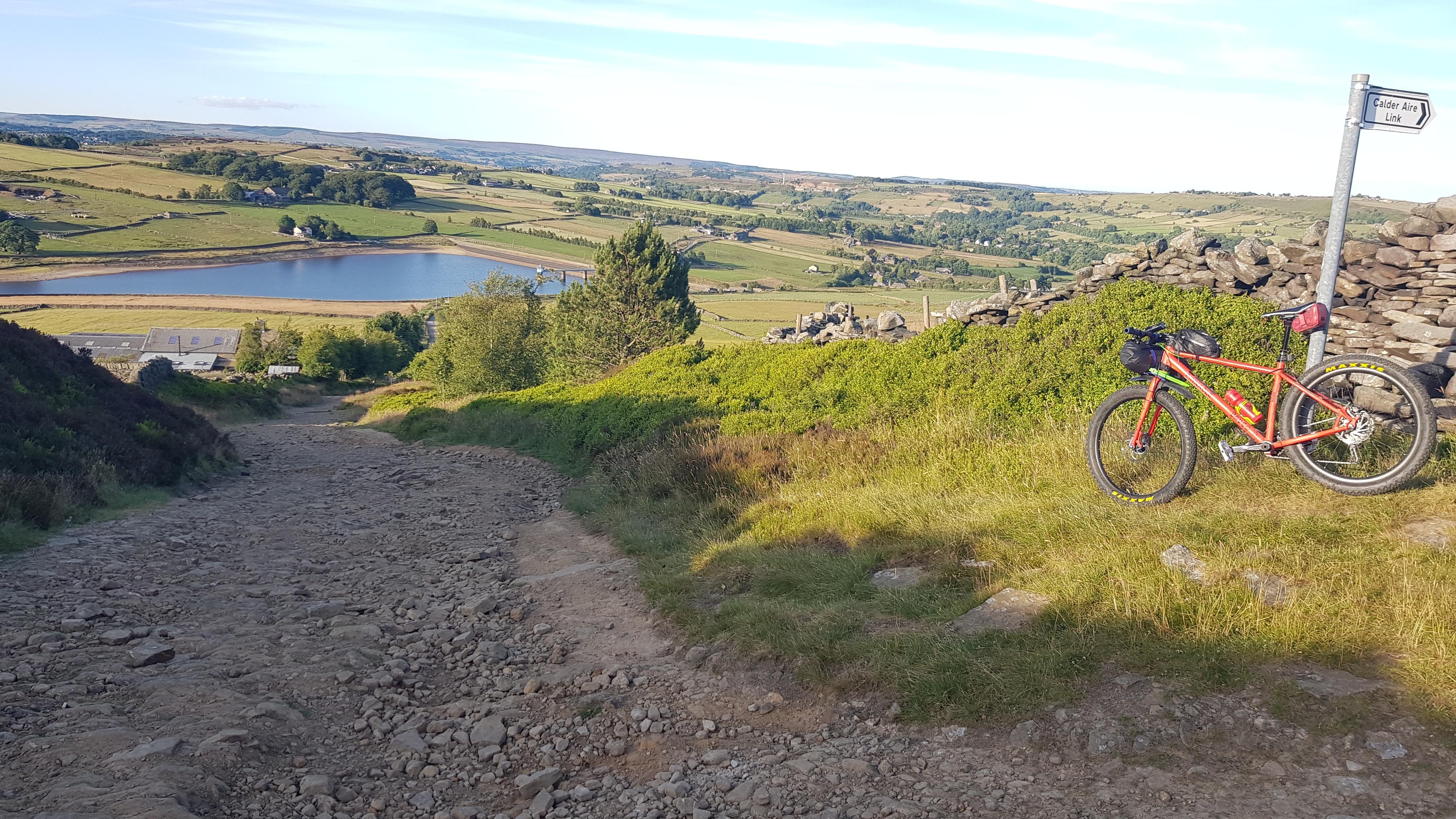 The plan was to ride lots and stop little. But by this point after about 6 miles of bridleway, I thought I'd treat myself. Especially since I'd only had 30 minutes of stopping time for the past 2H or less 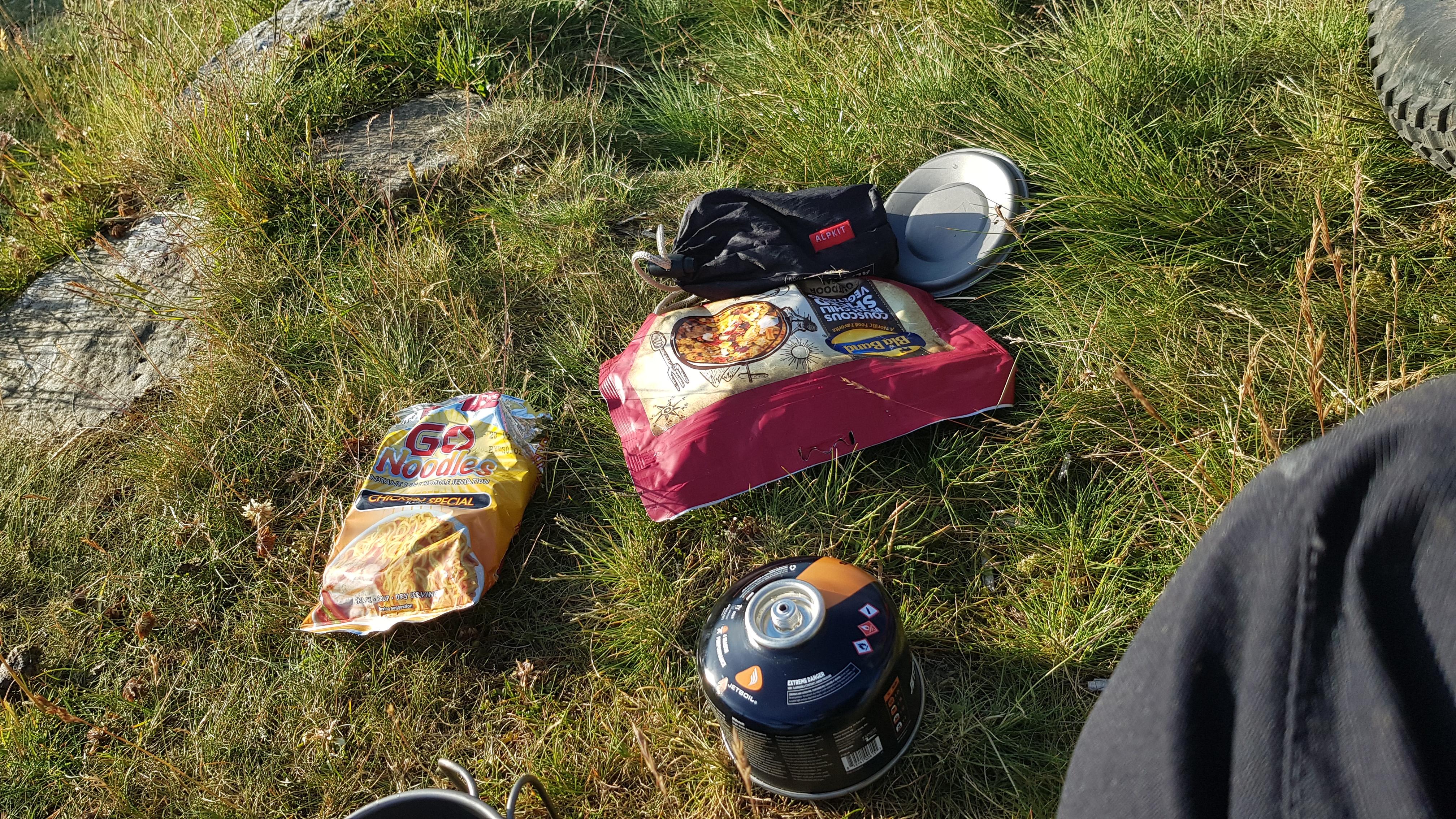 Food cooked and ablution made, somehow it'd taken my half an hour. I didnt eat both the meals, don't worry.

I was on a strict time limit and even before I'd hit Howarth Moor, it was time to take a shortcut! At the lunch stop (pictured above with my bike) I tried to close the loop and make a shortcut. 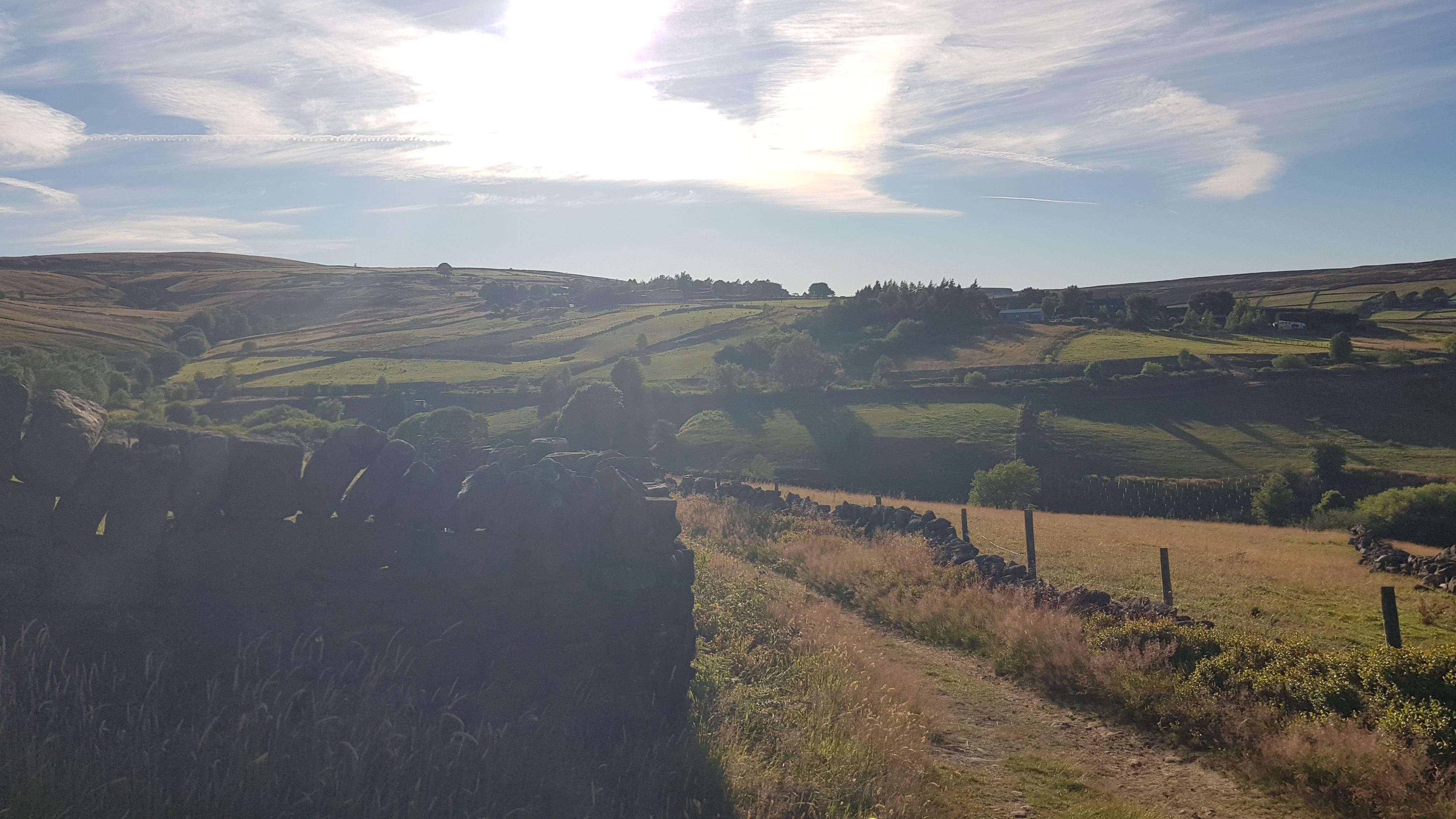 Views were stunning so I guess my need to train to 'minimal stops' got adulterated! 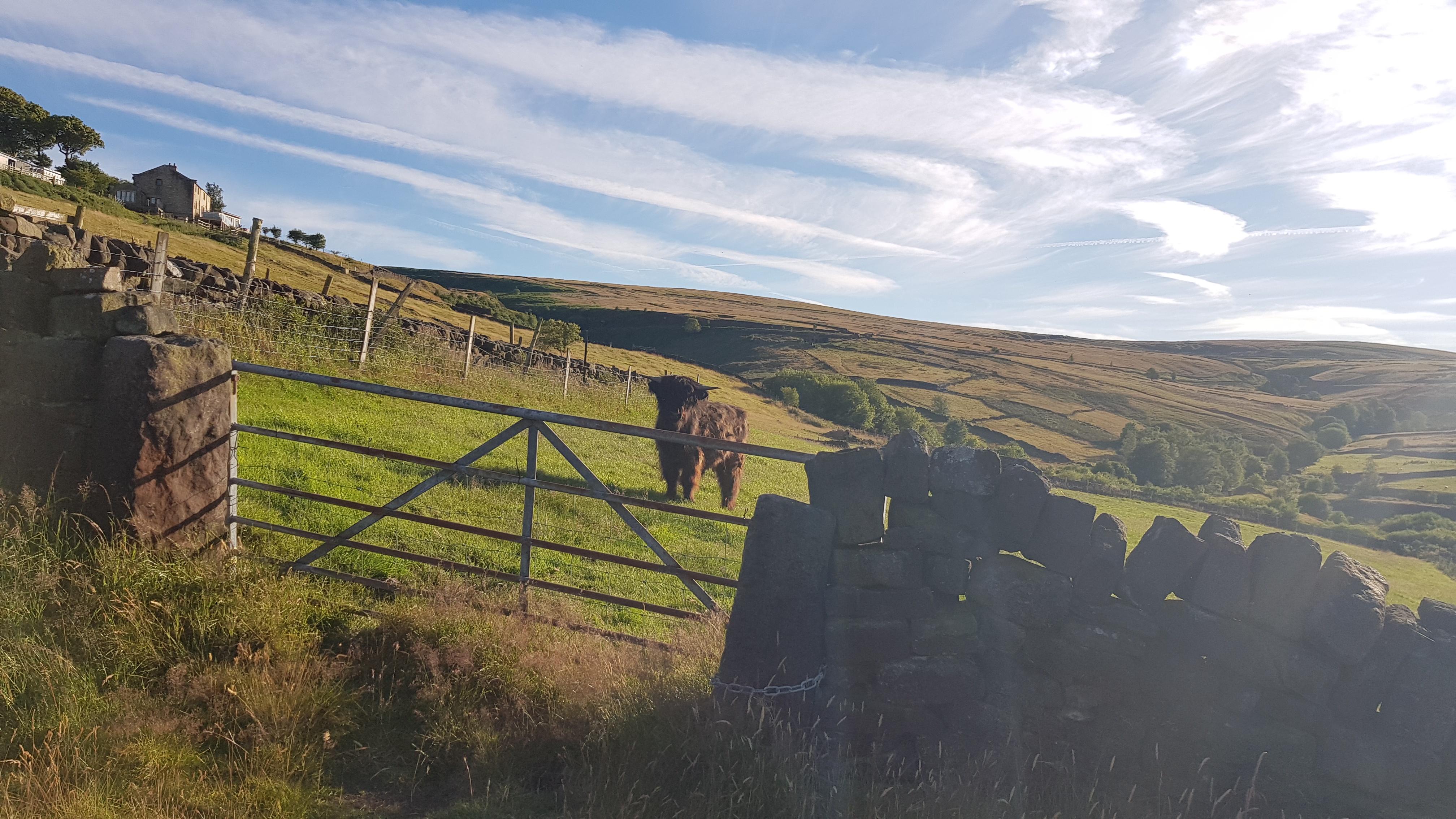 This chap was the first culprit that made me get out my camera, ages ago... 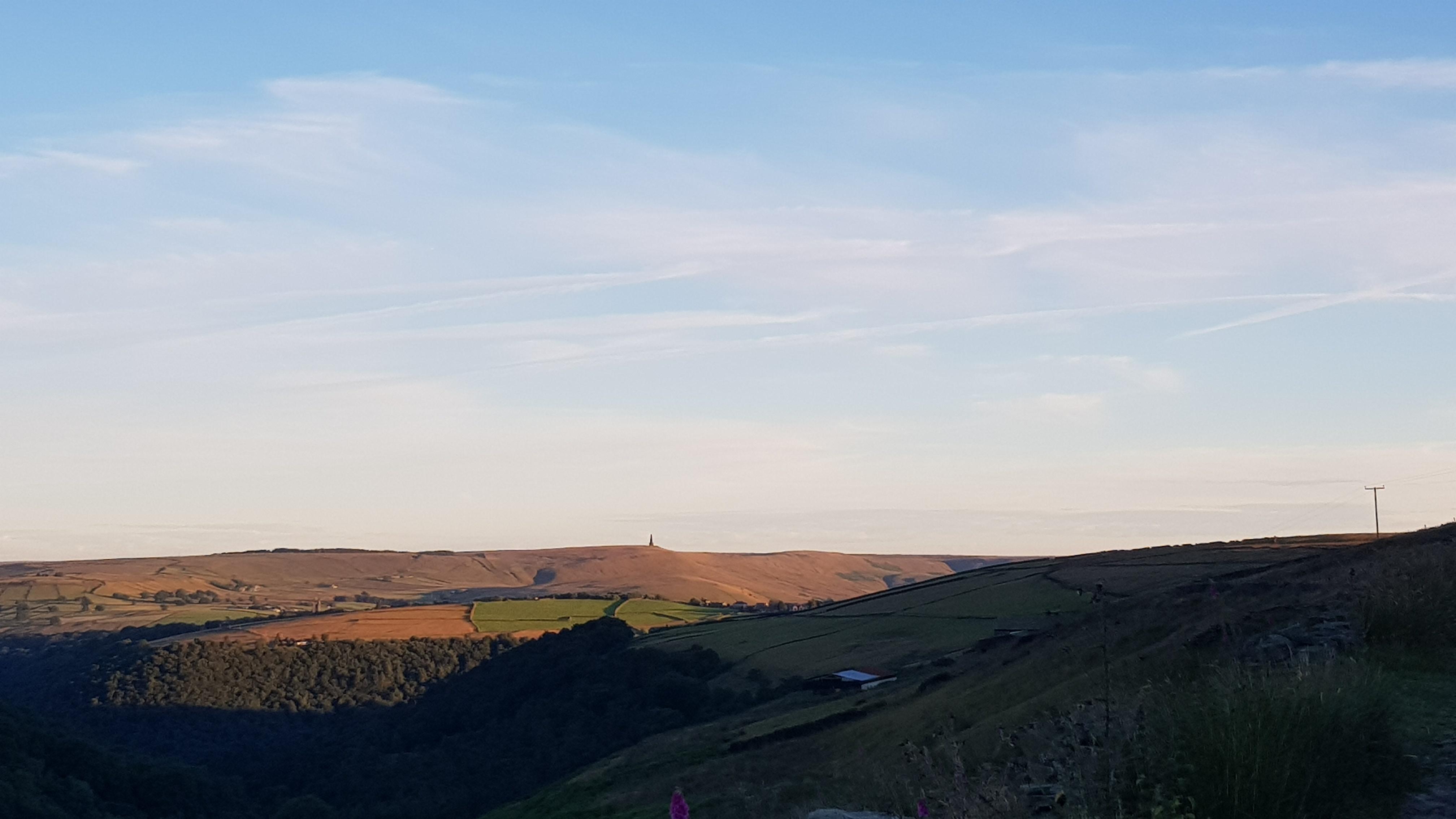 I noticed I could see some wind turbines. They weren't working and after spotting that little castle structure I realised it was towards Rawtenstall where my mates over there ride. It's one of their 'highlight' rides. 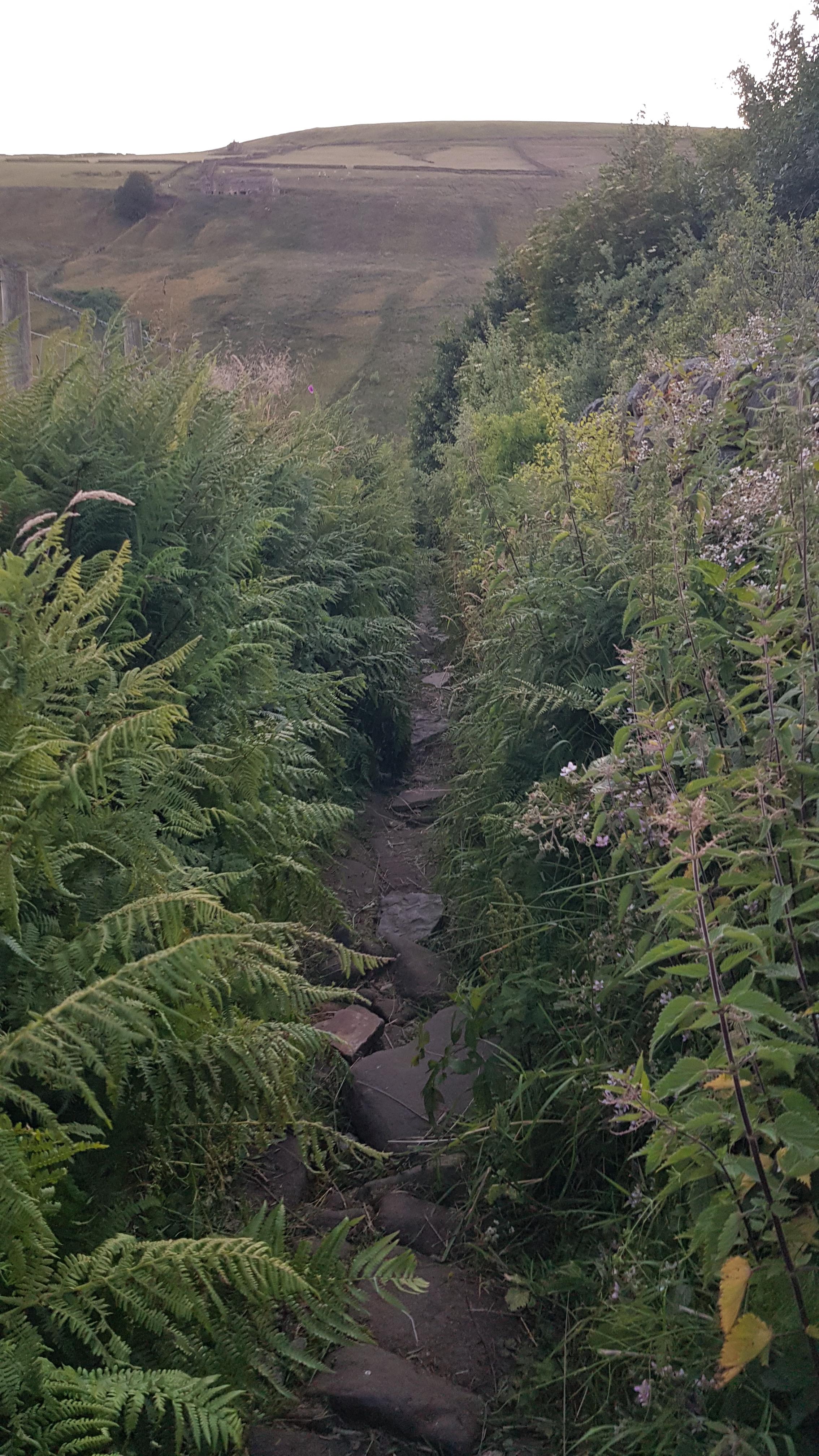 Then I managed to find what I believe must have been the Pennine Bridleway and thanfully for me, there was lots of good training to be had... Lots and lots of 'HAB'. Sometimes almost whacking my knee in the pedals and other times trying to save myself from being cut by wild bushes! 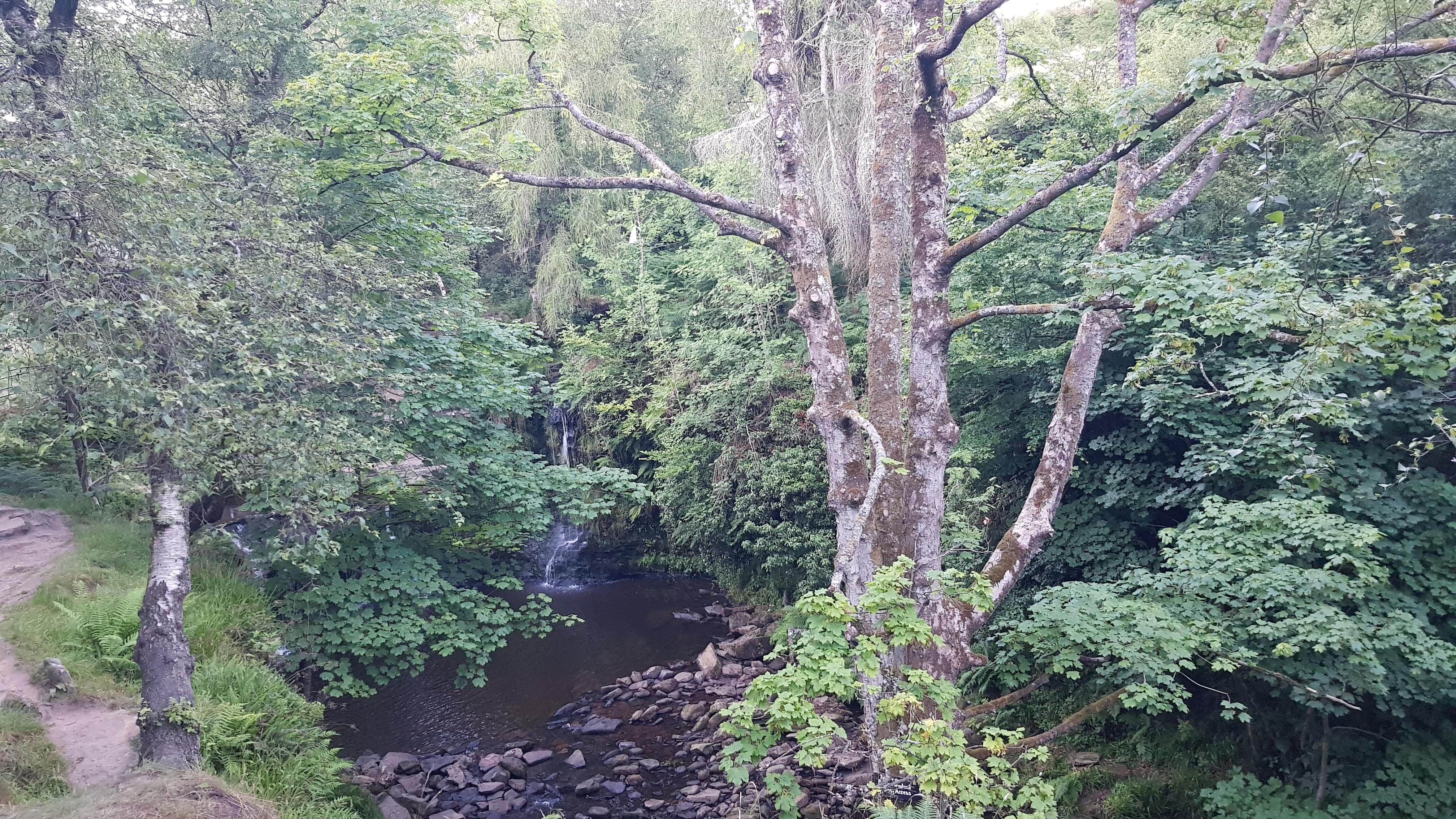 In and amongst all of that, it happened. During the route building stage I'd seen a waterfall sign, so I'd made a zigzag on the map. Alhamdulillah it was beautiful and worthy of a feature in OS maps. Unfortunately some other (mid-Covid?) idiots had also managed to find it. Beer cans and boxes here and there. Just 2 empty cardboard boxes of spent beer but enough other debri to see there had been more than one party of chavs been around. 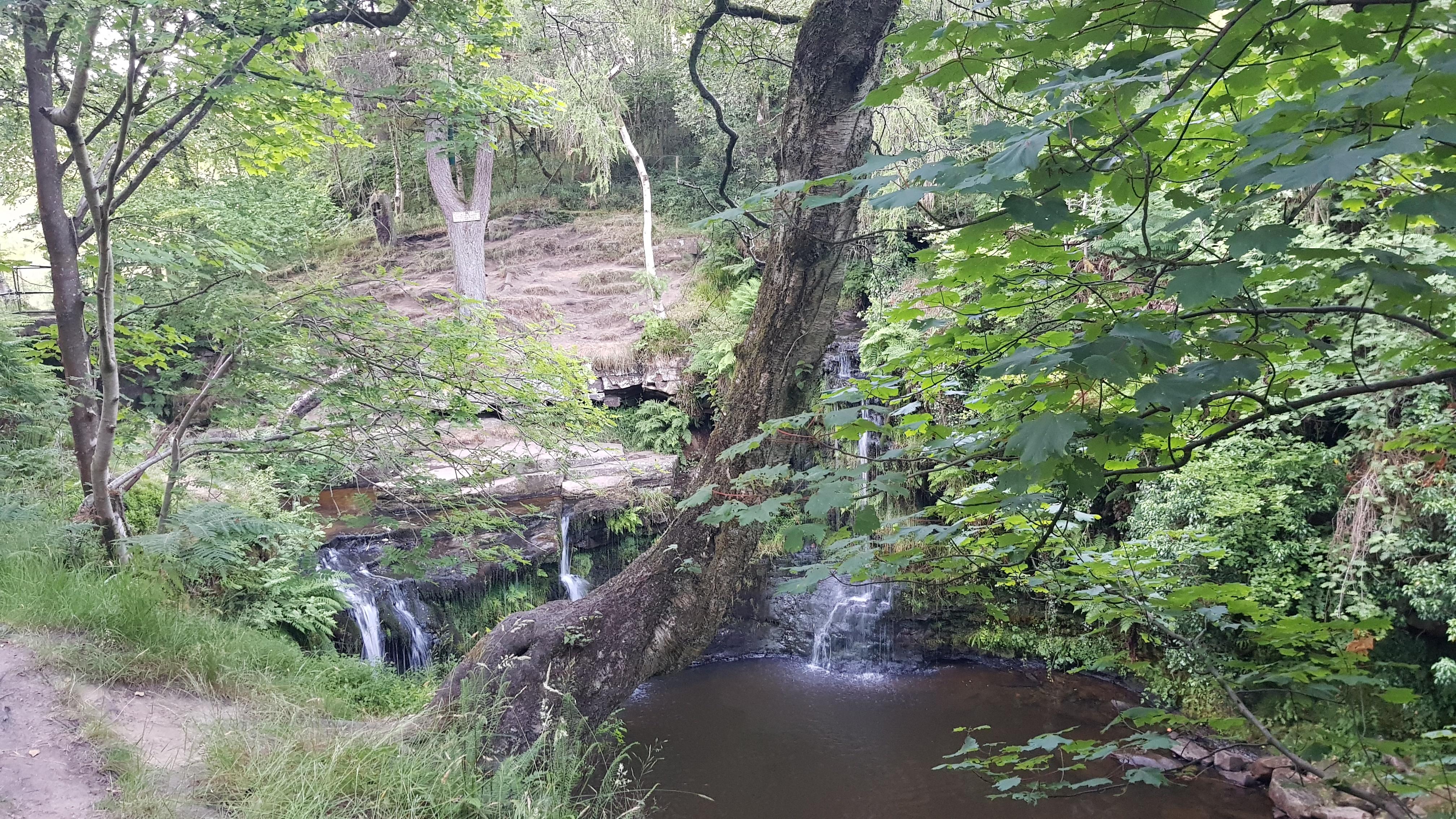 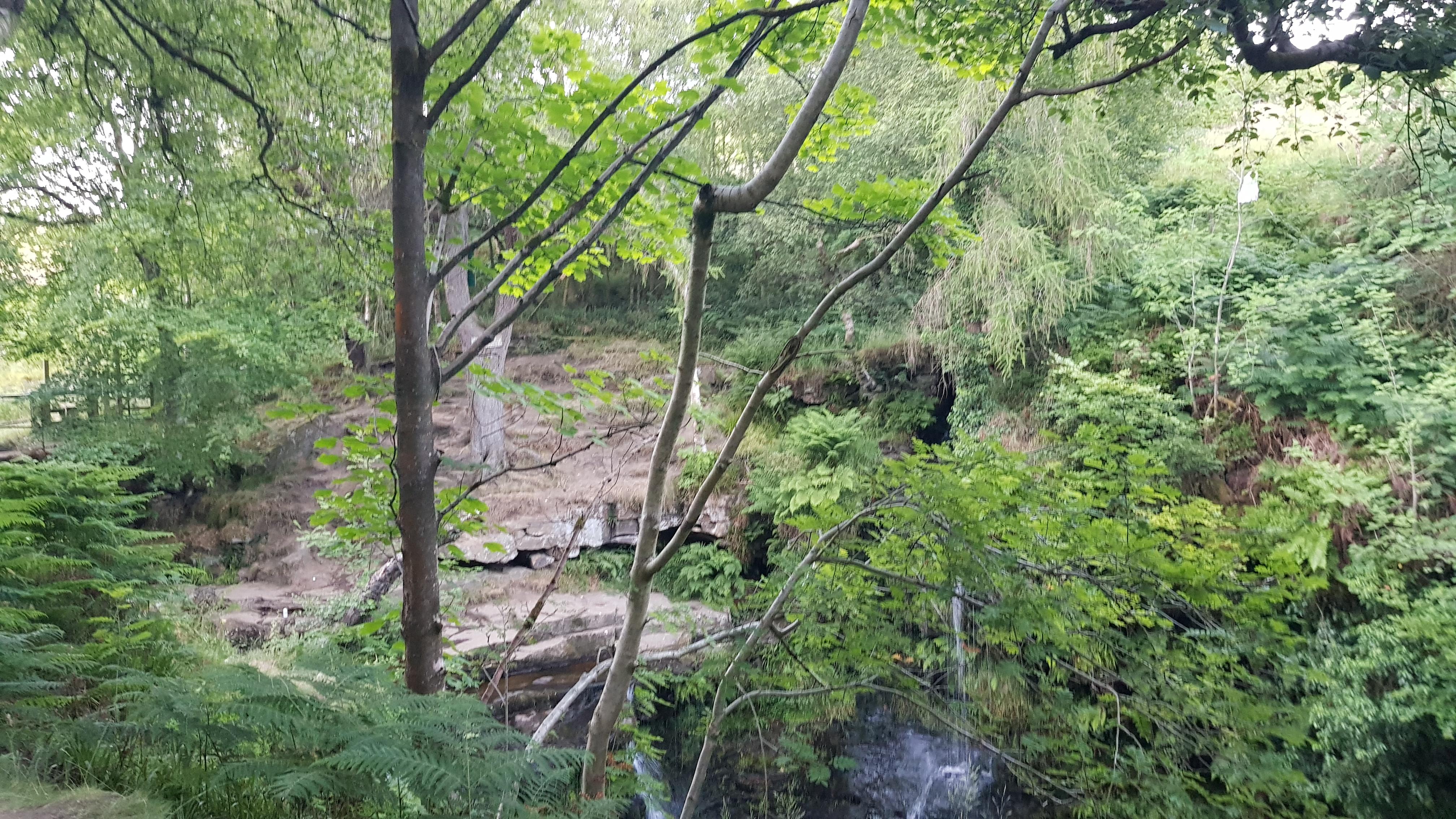 Stunning location but a difficult HAB to get in and out! 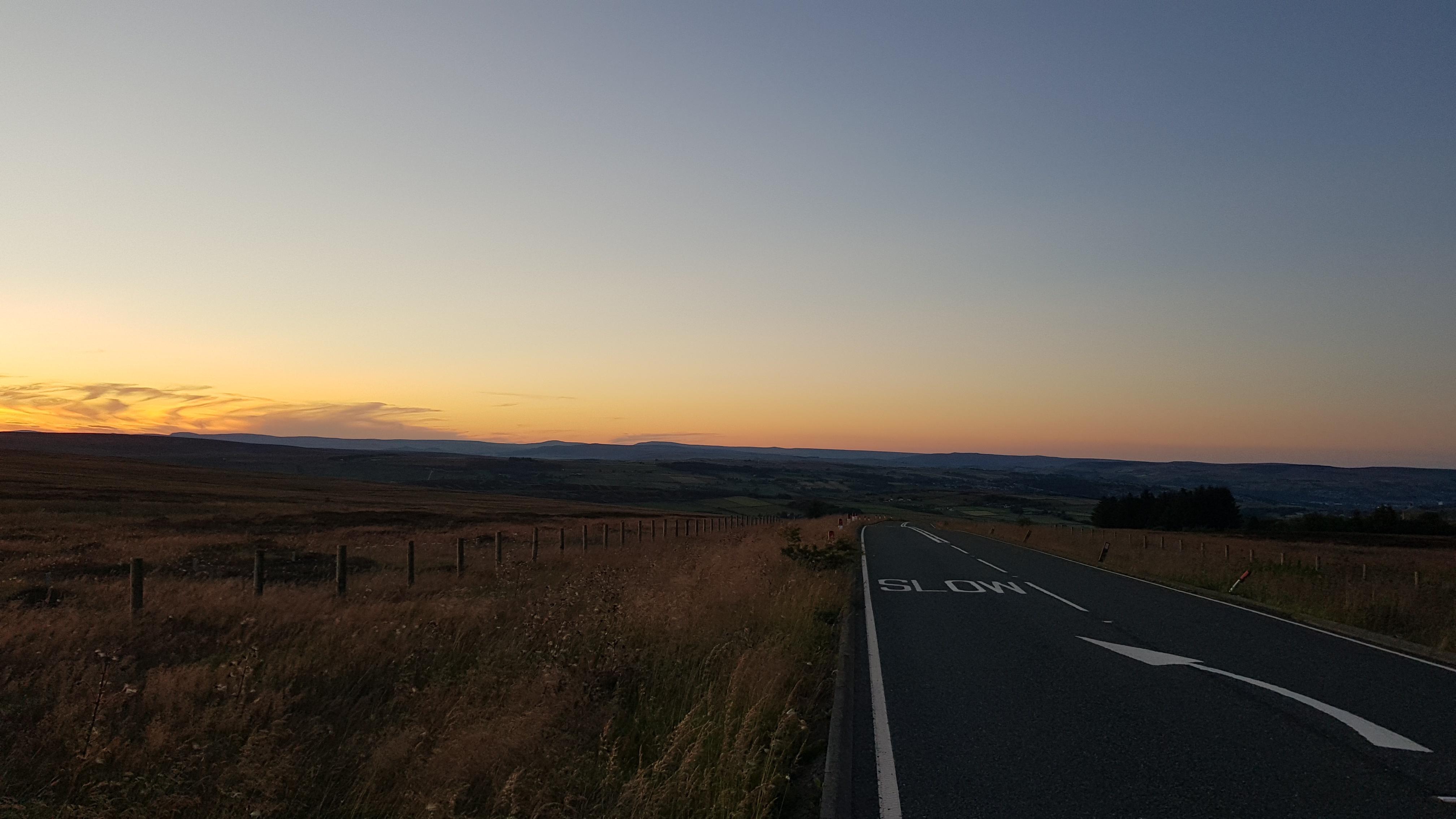 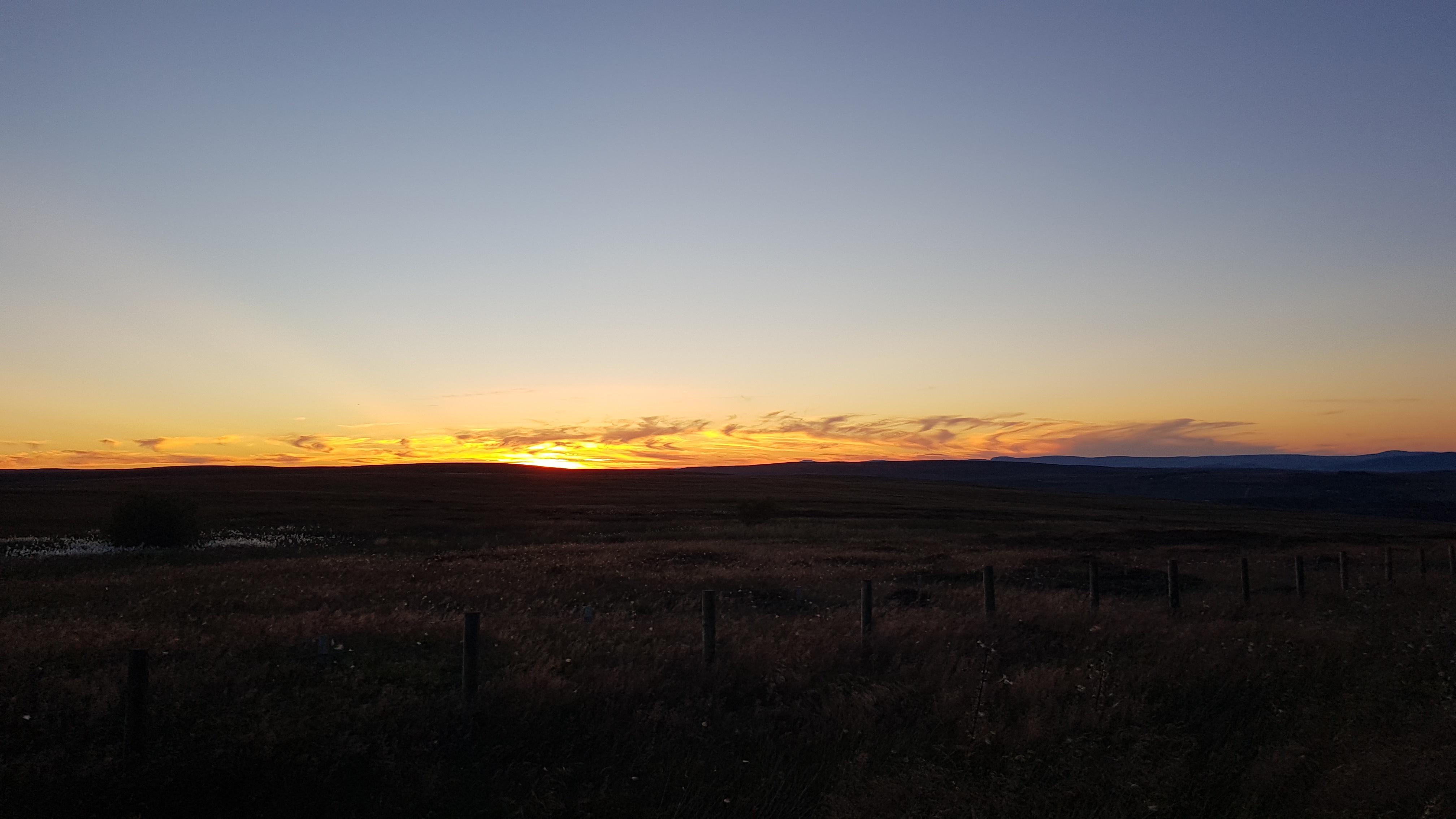 Then I realised the estimate of the ViewRanger app thingy was accurate enough and there was loads more HAB to be had. I needed to be home or the missus might kill me (figuratively speaking), so I told the Wahoo to route me home. Obviously I engaged the brain and not the Satnav!
https://quran.com/
Why/how HW fuel muslim hatred https://youtu.be/F64HcgDqttA
What's really happening to Uighers https://youtu.be/dgipkT-IMT0
Top

Took the skinny bike out for a spin around the Great Orme yesterday, god it was a stunning day. Shame some bloody tourists decided to ride the opposite way though! 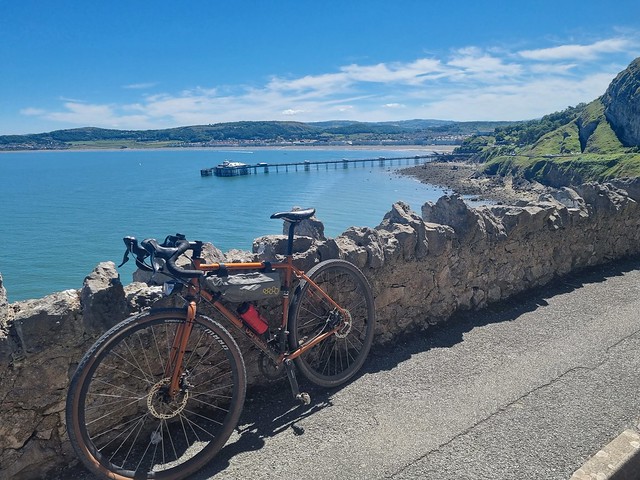 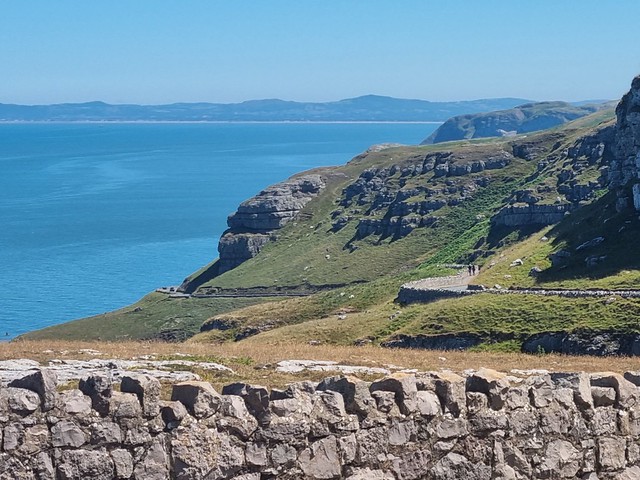 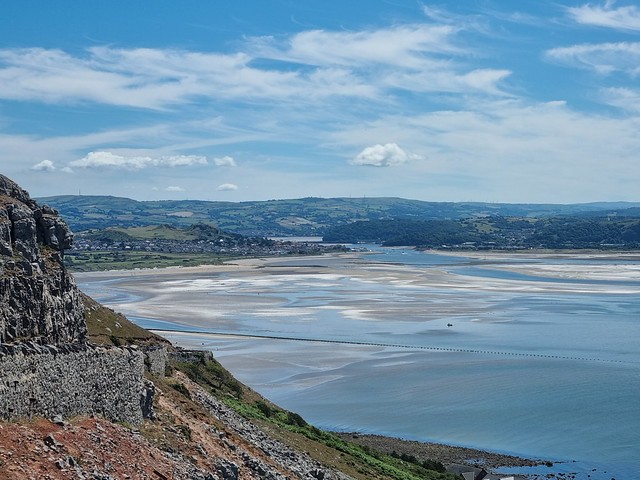 The "castle" is Stoodley Pike" it's nowhere near Rawtenstall :) It's between Hebden Bridge and Todmorden.

The cobbles, not the Pennine Bridle way, it's the trail down into Lumb falls. Quite a nice, technical, steep descent. Horrendous push up it.

The "castle" is Stoodley Pike" it's nowhere near Rawtenstall :) It's between Hebden Bridge and Todmorden.

The cobbles, not the Pennine Bridle way, it's the trail down into Lumb falls. Quite a nice, technical, steep descent. Horrendous push up it.

Yes... that's the one 'Stoodley'. I think it's in one of their bigger loops from Rawtenstall. I only noticed it after seeing the turbines and wondering whether it's the ones they usually ride up to and Stoodley just confimed it for me. Thanks for that info/reminder

The Cobbles. Yes, that first section, I did wonder whether people ride down it and I should've have know you all do. Almost rode the bottom bits but some sections I had to wuickly dab...
https://quran.com/
Why/how HW fuel muslim hatred https://youtu.be/F64HcgDqttA
What's really happening to Uighers https://youtu.be/dgipkT-IMT0
Top

*sorry, Sunny Bank I meant... I obviously went down the little foothpath section as the BW is a few metres up.

redefined_cycles wrote: ↑Mon Jul 11, 2022 5:30 pm The Cobbles. Yes, that first section, I did wonder whether people ride down it and I should've have know you all do. Almost rode the bottom bits but some sections I had to wuickly dab...

Don’t get me wrong, it’s not an easy descent!

GregMay wrote: ↑Mon Jul 11, 2022 5:09 pm The cobbles, not the Pennine Bridle way, it's the trail down into Lumb falls. Quite a nice, technical, steep descent. Horrendous push up it.

Oddly the only time I've done that bit was up from the falls on The Wadsworth Trog and it was sheet ice. Which was interesting!
Better weight than wisdom, a traveller cannot carry
Top

The 2nd day of my summer holidays (42 days to go!) and I kept it very local early this morning. The Mrs had an important online meeting so I cycled over to Conwy for a chilled out pedal on the coast. 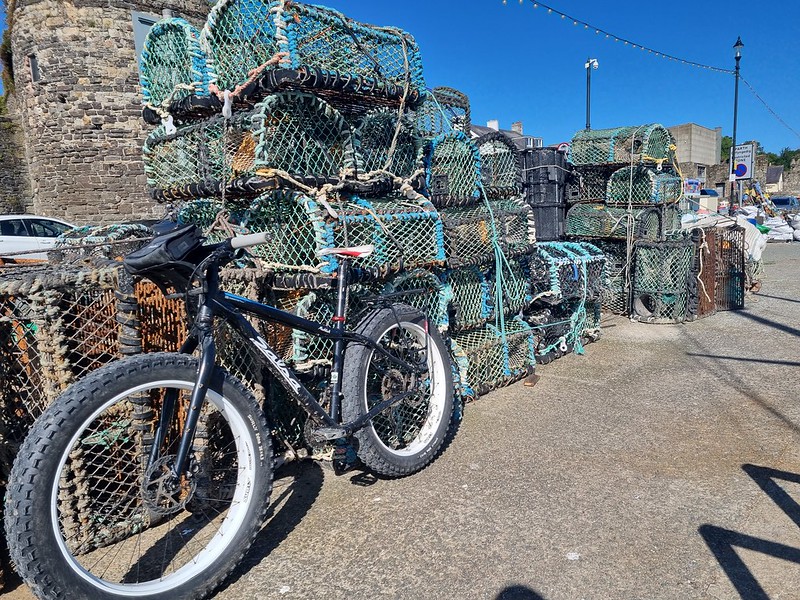 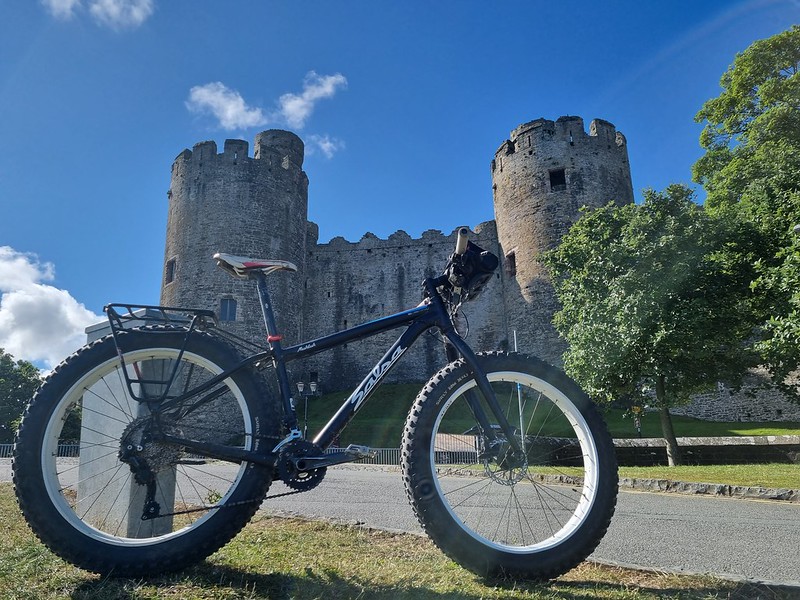 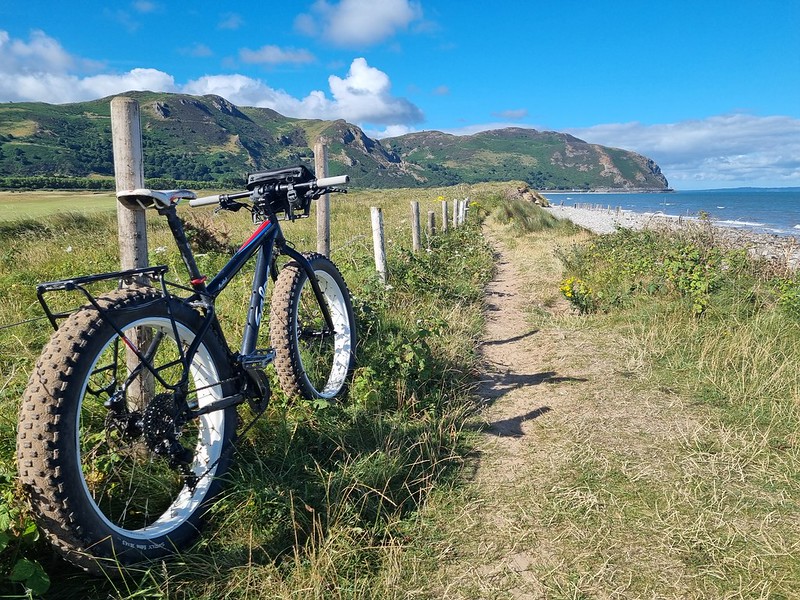