Perhaps take the 8g stove, brew kit, tarp and introduce the family to the simple pleasure of stopping for "a nice cup of tea and a sit-down"


But mebbe leave the table, tea-set and cake stand at home....for now

The weather was a bit pants around Skipton but it looked as if it would be better further north so we headed up to have a ride around Swaledale. We parked up at Castle Bolton and then rode up to cross the oddly named Redmire Forest, nary a tree in sight - gets in the sightlines of the knobs and their targets

Our initial aim was a bridleway across the moor that neither of us had done before. I'd sort of memorised the route to pick it up but on the ground there were rather more tracks than on the map 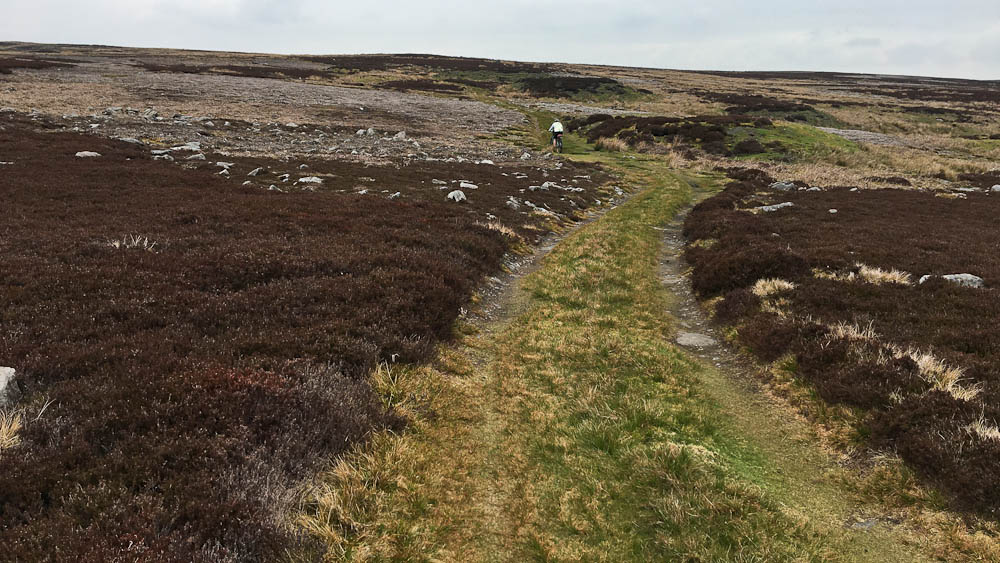 The bridleway is one of those silly ones that stops in the middle of nowhere at another curious name - Snowden Man, a boundary stone, don't think that the shooting huts have anything to do with that. It started off nice and grassy 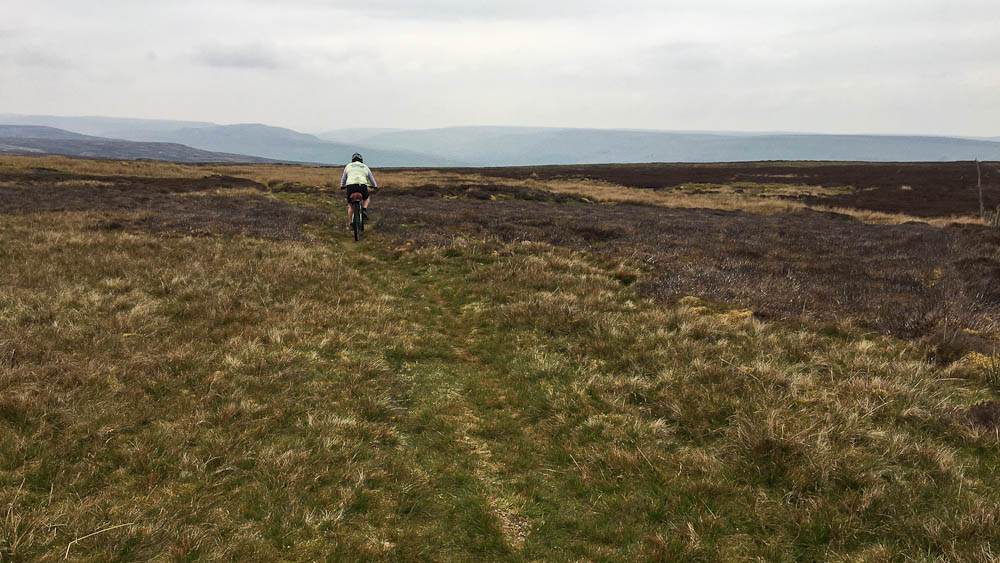 There were a few soft spots but most were rideable until a particularly soggy one. 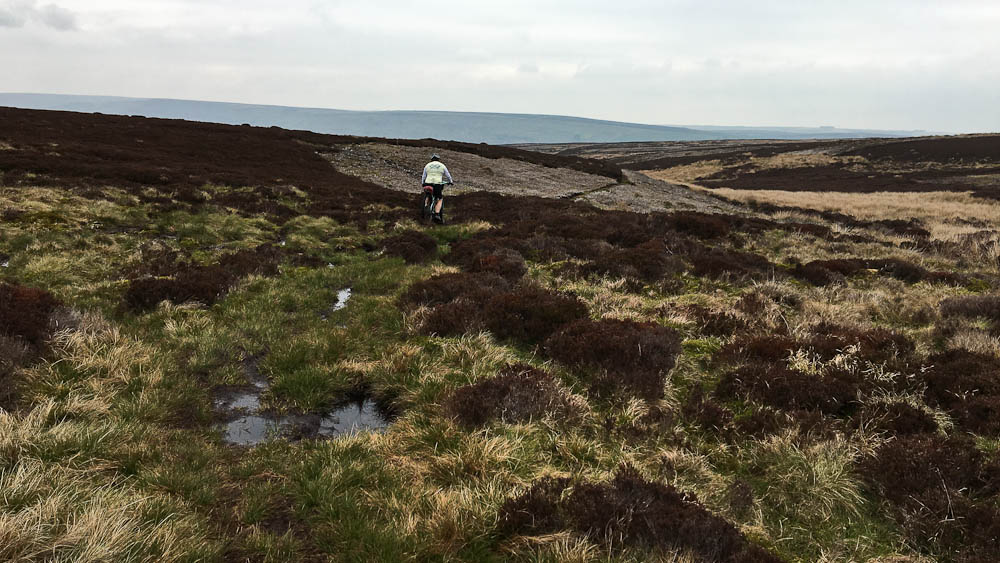 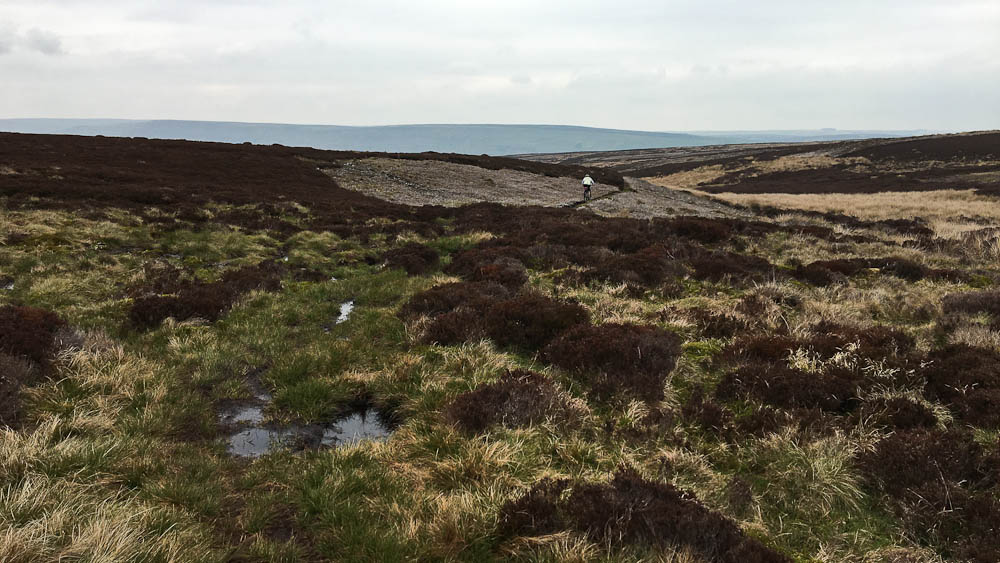 Shortly after the above shot the BW joined a wider track and dropped down to the road at one of the bridges that had been washed out in the storm 18 months ago. This was the scene of the well known shot from the 2014 Tour de France. 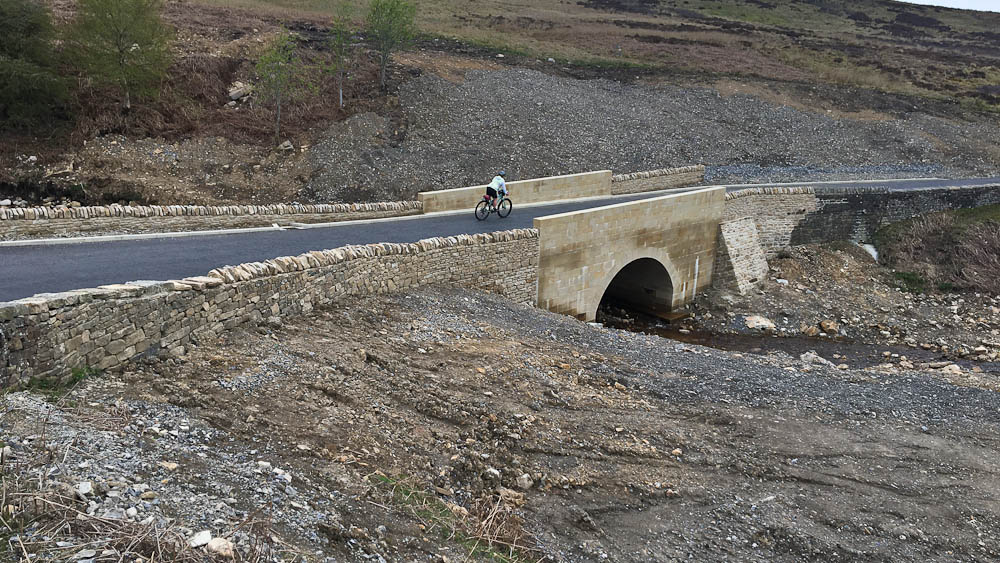 A bit of lunch and a chat at Dales Bike Centre then back up onto Harkerside Moor. 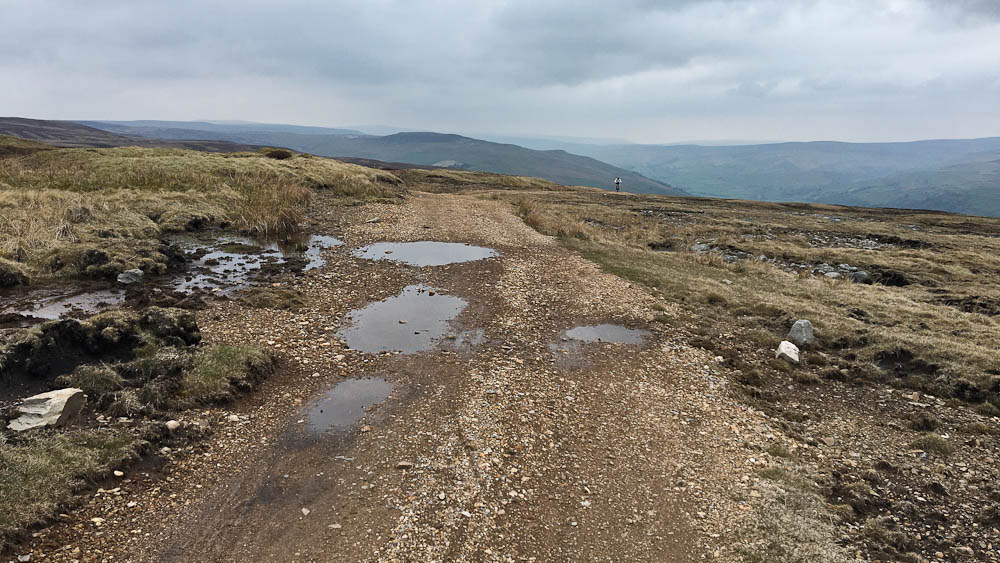 This was into the wind so the descent into Apedale was a bit chilly. The long expected rain arrived just as we were descending back to the start.

Looks a good route Bob - I like that area around Apedale (despite the post industrial devastation!) but never done that bit over Redmire moor either. Mum and Dad were at a holiday cottage in Askrigg last month and had said the campsite behind the pub looked good so I'm planning an excursion there as part of my YD300 trip and will check that route out.
http://philsbikepacking.blogspot.co.uk/
Top

Decided to go for a ride this morning to try and get the new tyres sealed up. Opened the shed to find both totally flat, which wasn't a good start. Rather than doing one large loop, I decided to do a short figure of eight, so I could pass the house and pump the tyres up if needed.

At the end of the first loop, the rear was practically flat and the drag was horrific. So I pumped them up, and off we went again, although it was pretty obvious that the sealant wasn't do a very good job of sealing anything...

I quite fancied doing another couple of loops, but I was getting bored of pumping the tyres up every 10 - 12 km. On the final loop, the front only lost ~5psi, which the rear has lost ~15psi. I've pumped them both up to 50psi and I'll see how flat they are in a few hours. My initial impressions are that Végétalex and WTB tyres are not compatible, disappointing...
I like beer.

When I got out the the shed this morning, both tyres were still inflated, which was a good start. They'd both lost some where around 20psi over night though. I set them up at 35psi on the front and 40psi on the rear, then headed out into the fens. Unfortunately, when I stopped to take my first photograph, I found that they were still pissing sealant out of the sidewalls:

I don't know what happened, but I was cycling down the middle of a slightly rutted byway, then I was doing an impersonation of Superman straight into a drainage ditch. Initially I thought it was just a bruised ego, but when I whipped my knee warmers off in the house, the inside of my right knee must have hit the bike, or something in the ditch, and I've lost a load of skin. Could've been I could've landed in the bottom of the ditch, rather than on the other side.

By this point, it was obvious that the tyres had lost some pressure, but I was in no mood to stop and faff, so it was a slow grind back to the house. Both tyres had lost around 15psi, so I can only conclude that Effetto Mariposa Végétalex is poor show at sealing WTB tyres...
I like beer.

...was warm, dry, sunny, reasonably flat, and on quiet, beautifully smooth tarmac roads.
You'd have hated it.
(From Holyhead along north coast of Anglesey/ copper trail-ish, past Wylfa, lunchtime sea swim, then back via Parys Mountain, the two big lakes in the middle, and RAF Valley then Treaddur bay. I know they are noisy, polluting, and evil machines of war and all that, but it isn't half exciting to have fighter jets in formation fly past so close several times)
https://www.instagram.com/zimberella11/
Top

First day it was not lashing with rain on Wednesday so went for the tentative ride for first time in several weeks. Just round the block type of bimble. Went well so tried a hill to see how fit I was and managed it without using lowest gear. When I reached the junction where it is right to head back home or left for carry on up the steep hill I turned left. Cleaned it but not without some effort well in the red.


Second big hill is the worst. Fifteen minutes on a Devon Lane used as a rat run by people in 4x4s late for picking the kids up. Up to that point I had been full of love and peace to all but by the time I got home it had somewhat evaporated.
Riding on a brand new saddle that appears to be working and decided to dump all the local bumbling stuff on the bike. Over the last day or so removed mudguards and saddle bag, replaced saddle, replaced Selcof carbon bar and 50mm stem and refitted Loops with 70mm stem.
Feels like a new bike.
Top

Should've gone for my BAM last night, but the rain that was forecast for exactly the time I would be heading for my stop put me off. Instead, I got up early and headed out on a 165km loop. It ended up being 168km, as I got 1.5km down the road and realised I'd forgotten a mask, which I'd need for the cafe stops.

Some byways and bridleways were still in OK condition, but most has reverted to unridable slop, at least my skill level meant they were unridable. You know you're flogging a dead horse when your front wheel bogs down and you come to a shuddering halt while going downhill.

I had to take shelter in an open sided barn at one point, as it was hosing it down. Full of hay bails, with a perfect sleeping platform, I may have to return. Shortly there after, we came to a ploughed and tilled field, given the state of the chap who'd just ridden over it on a proper mountain bike, I escaped around the edge, life it too short.

I was struggling after the second cafe stop, with my average speed dropping right down and I just had to concentrate on turning the pedals. Then at about 150km the wheels properly fell off, everything hurt, hyperventilating, barely able to make any forward progress. We eventually made it home, and had to spend about half an hour flat on my back with my legs up, and it was a couple of hours before we started feeling "normal" again.

Luckily dried out a lot here and it's 24'C again! Got out for the first time in a couple of weeks at lunchtime today and it was lovely. My favourite local loop, which is only about 10 miles but has lots of lovely off road bits and variety, and a beautiful bit of trail just a few yards from a road but you wouldn't know it. Now to make hay while the sun shines... 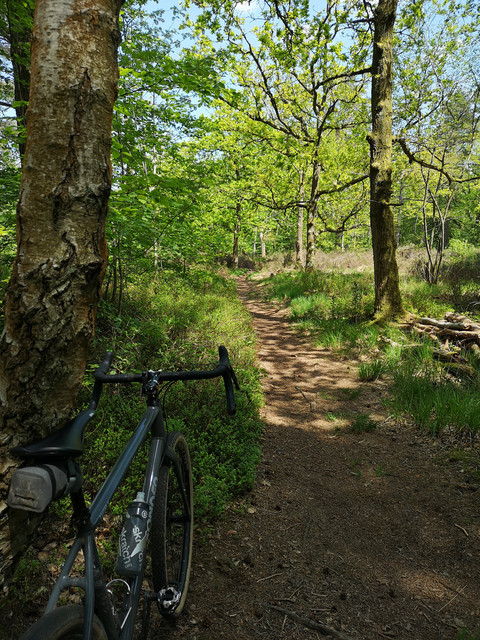 Started in Blair Atholl, with a ride up Glen Tilt. Looks like they've completed shooting the scenes for the new Star Wars movie, with just some props left. 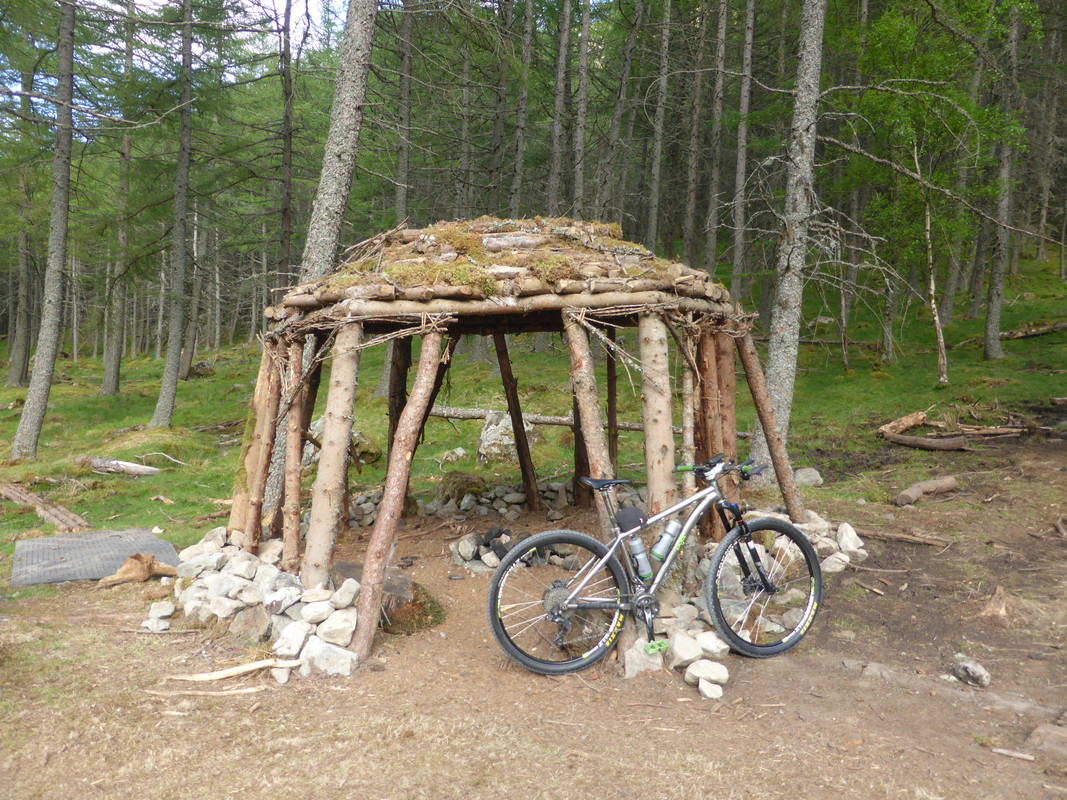 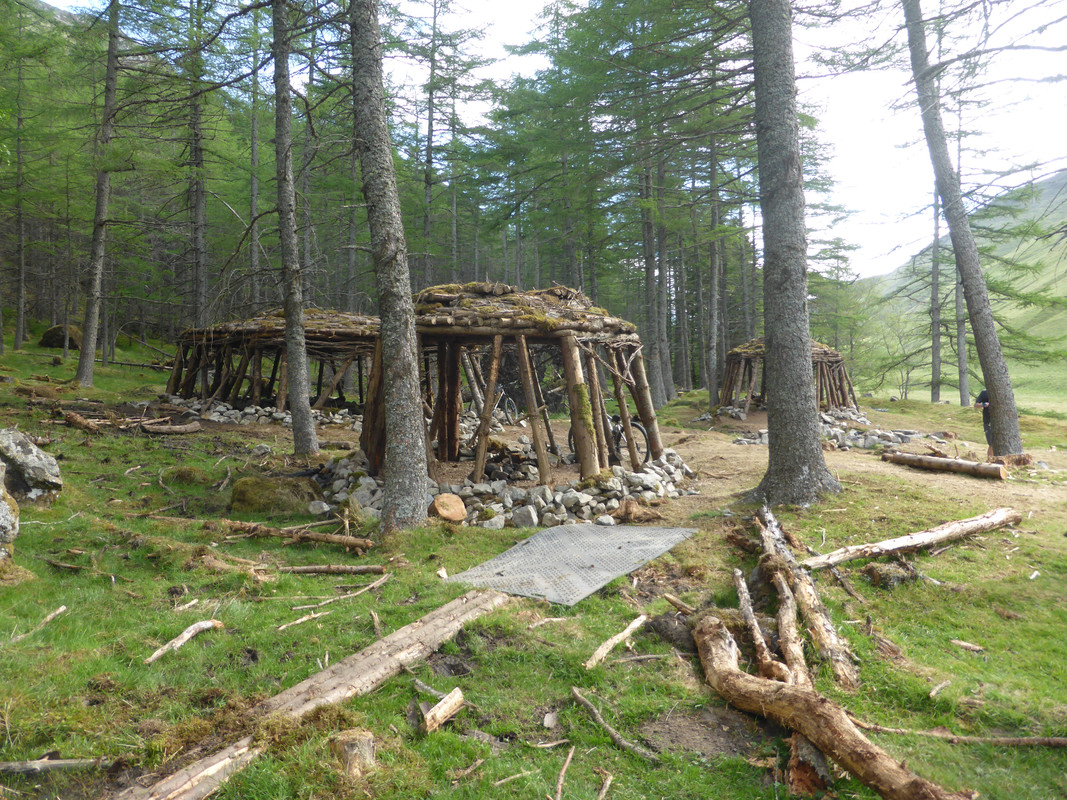 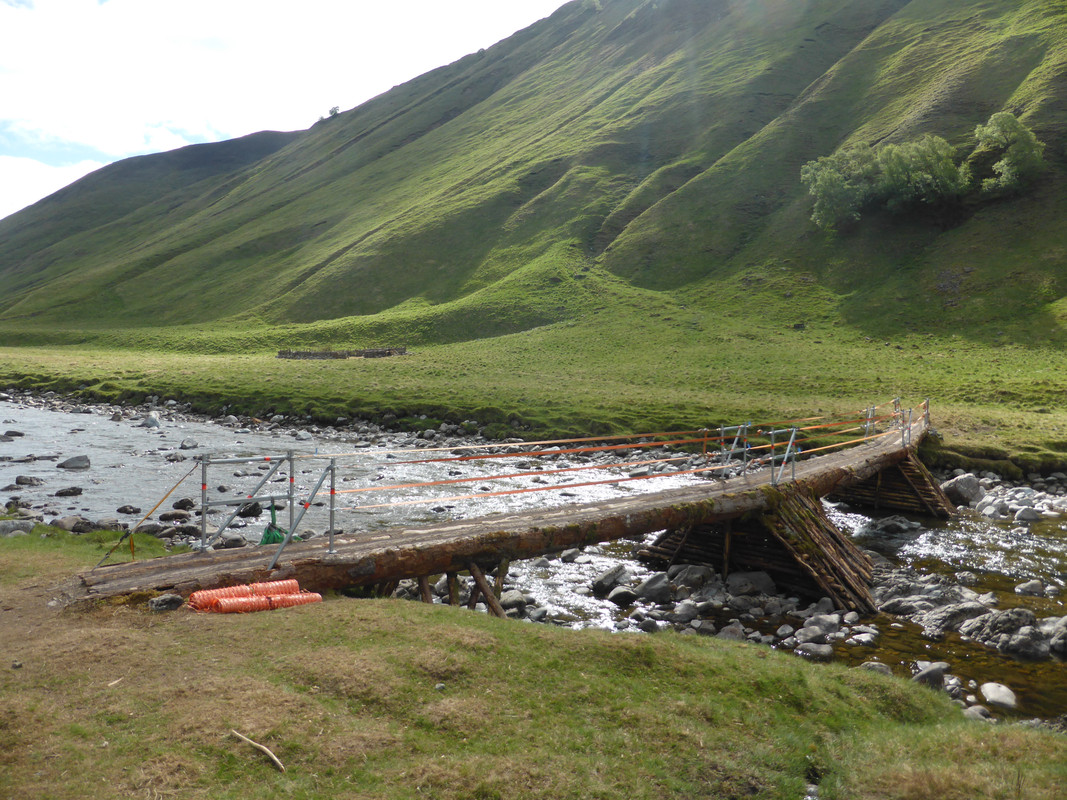 Then on to the Falls of Tarf 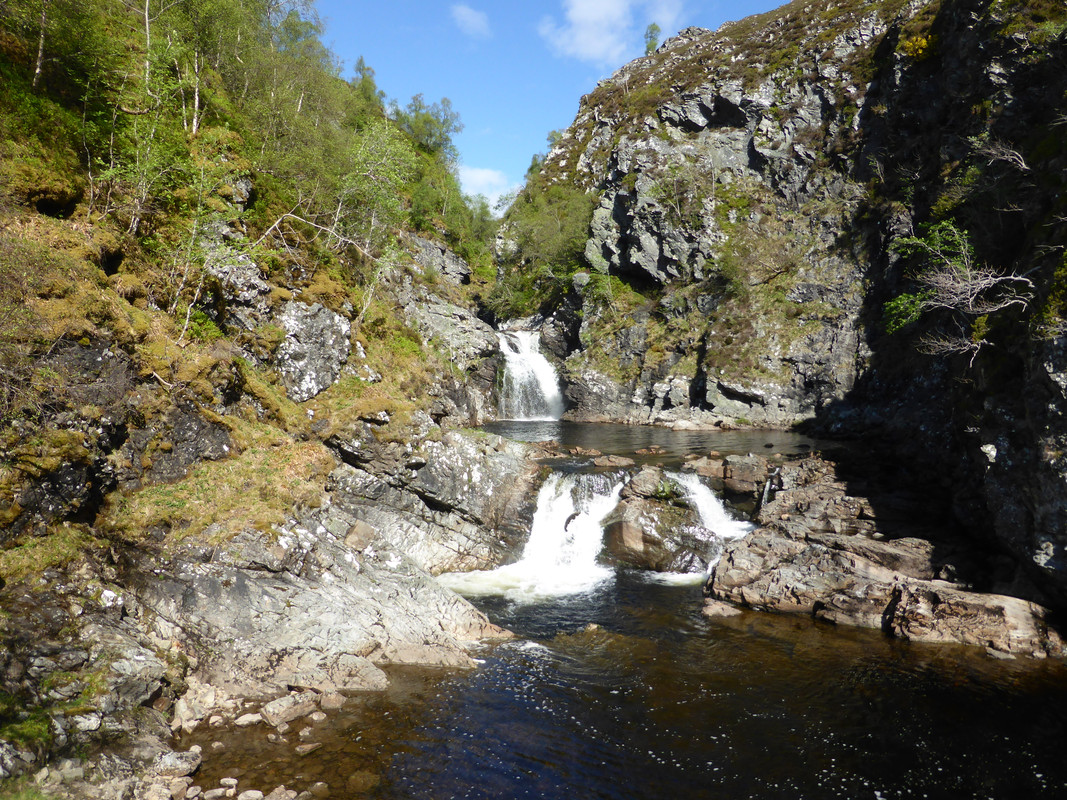 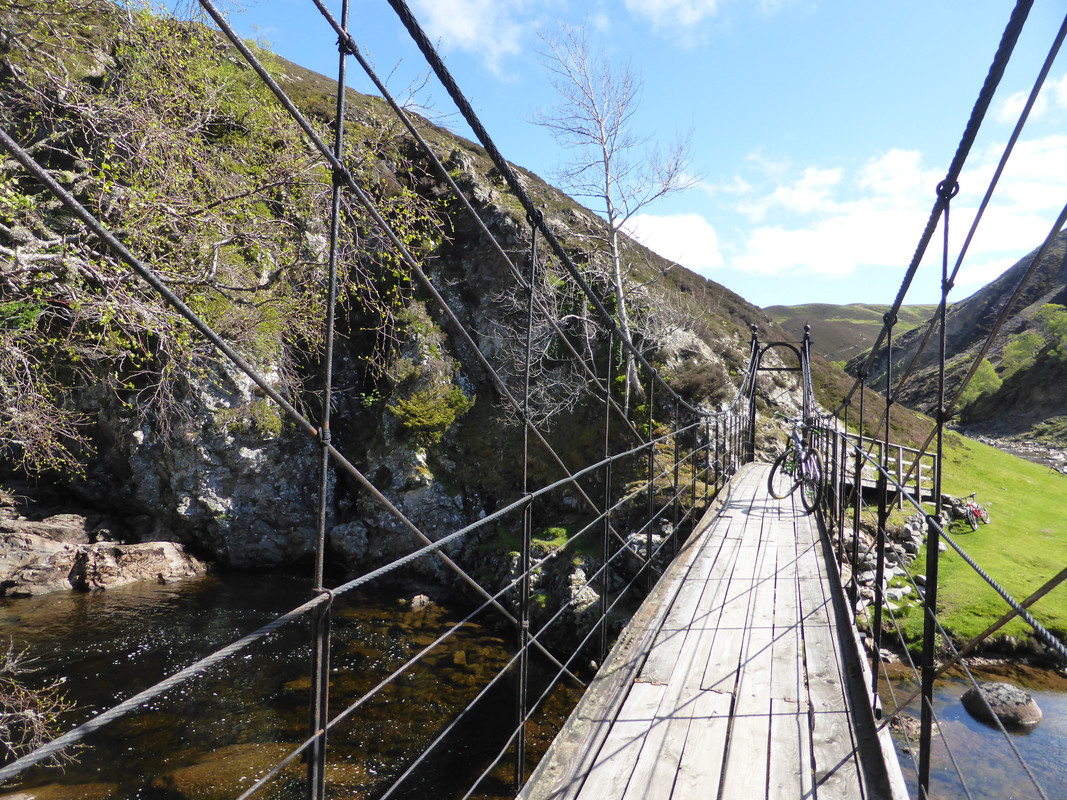 For those that don't know Glen Tilt, there's a high penalty for failure on some of the singletrack sections. 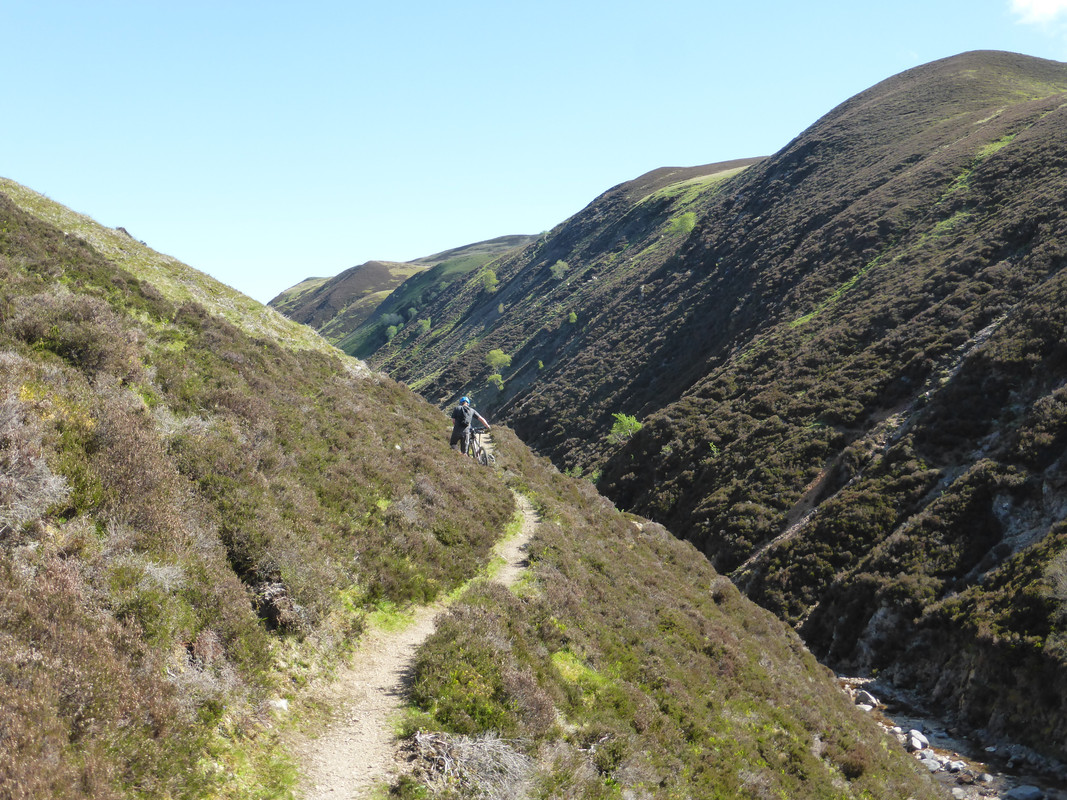 Still some snow on the south-facing Cairngorm summits 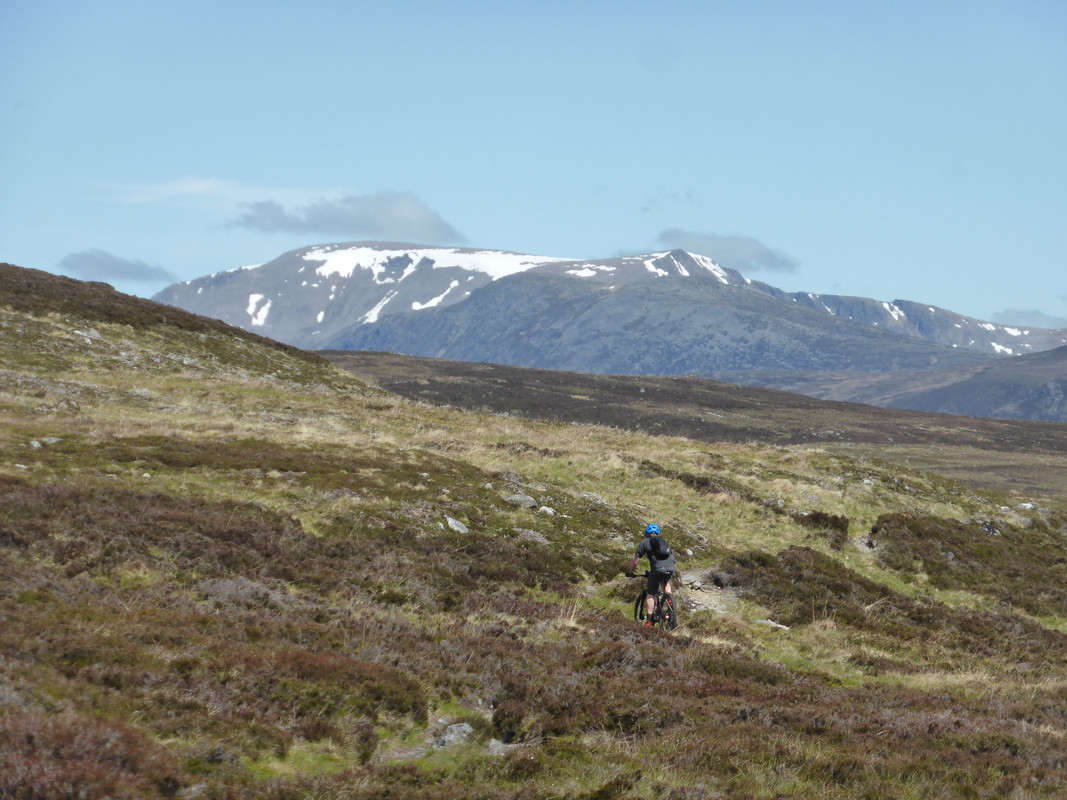 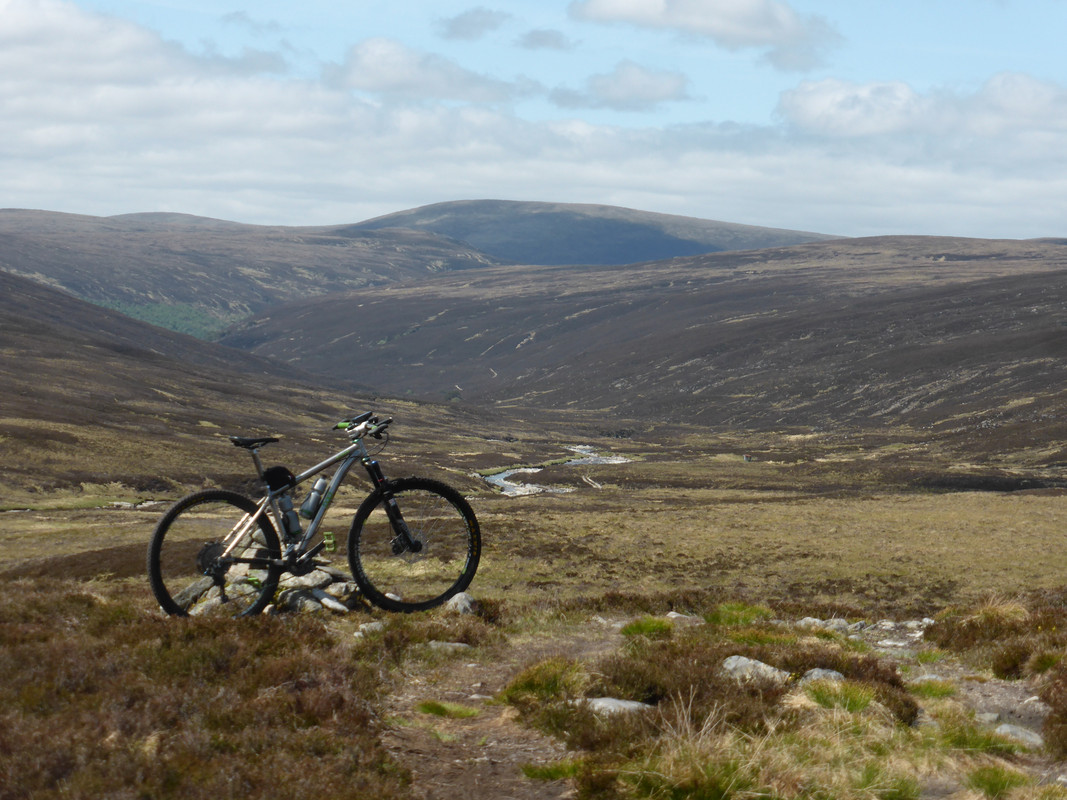 Still some water flowing down the Eidart though! 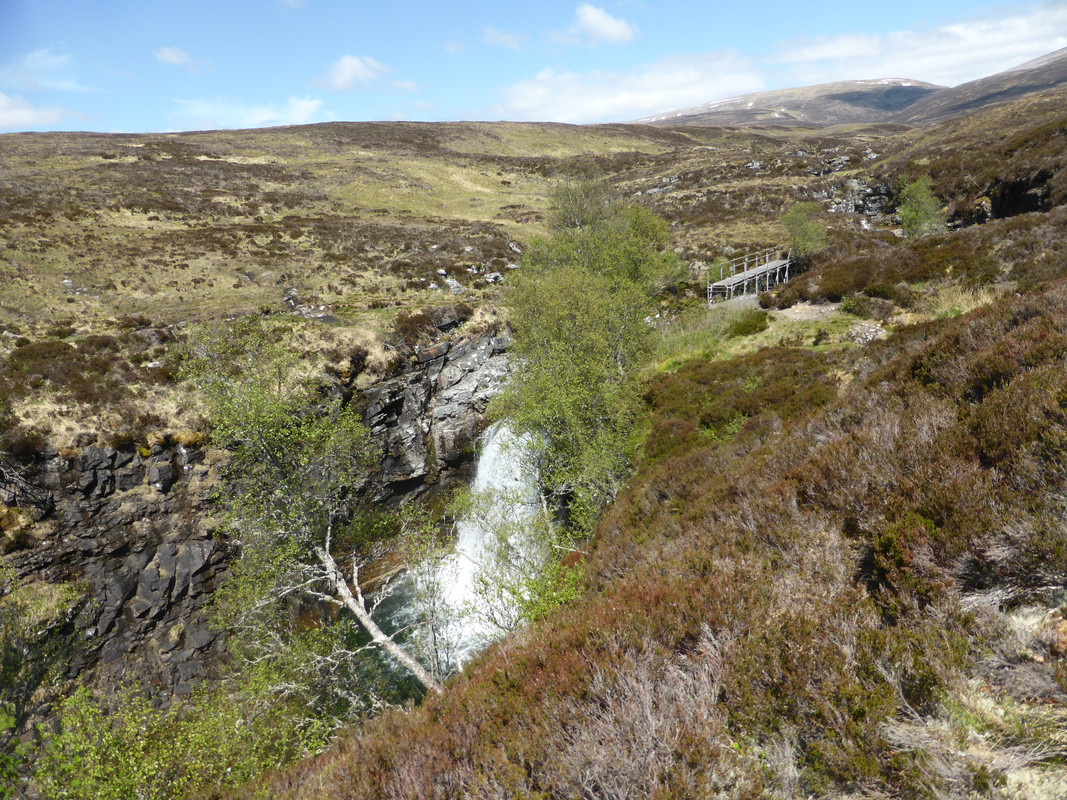 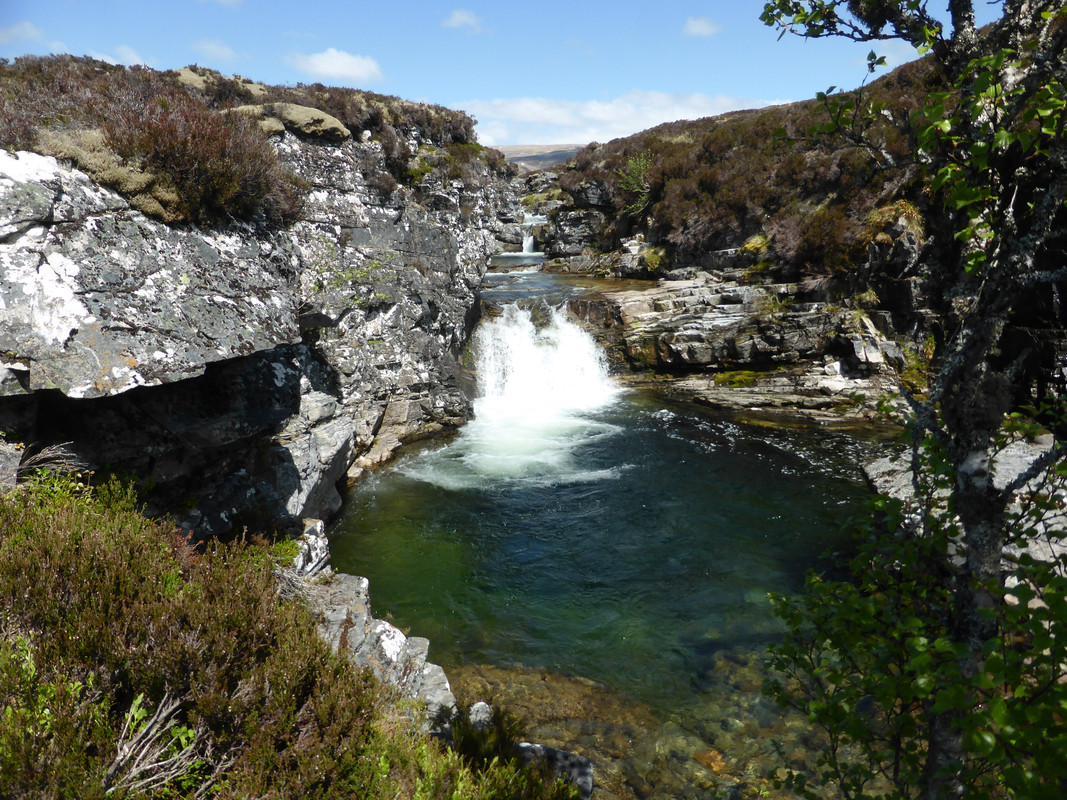 Colins Howff still stands. I had dreams of trying to repair this a little but I doubt it has much time left. 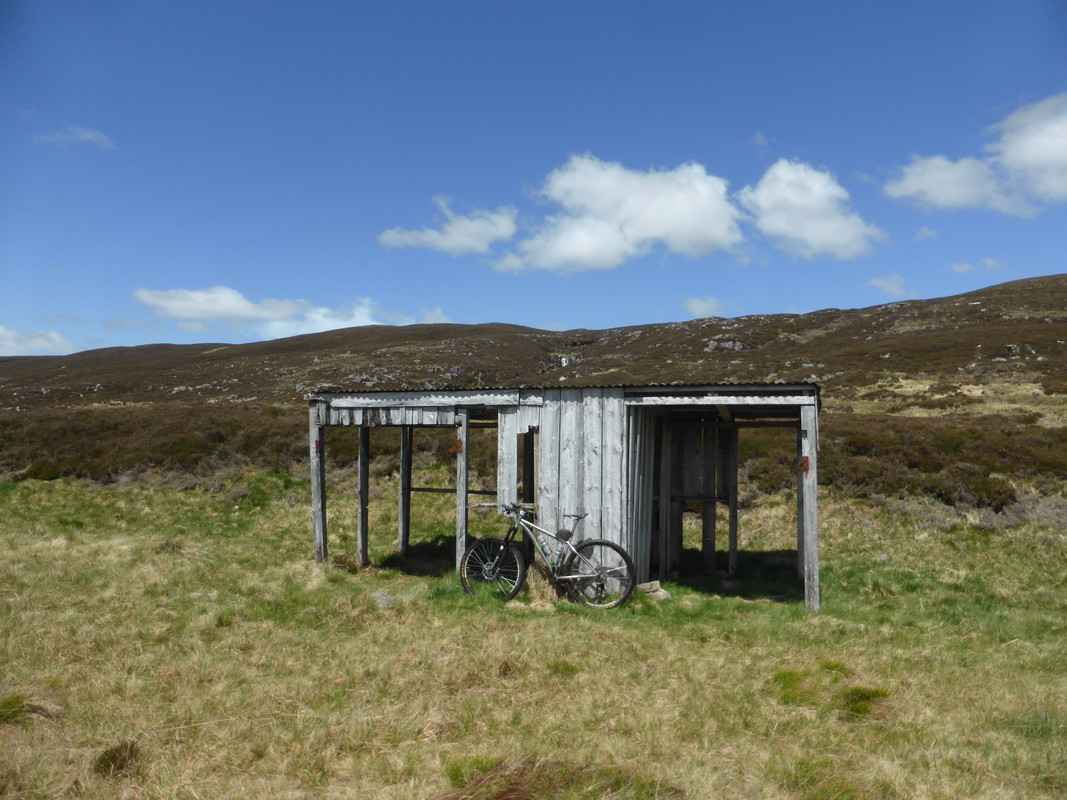 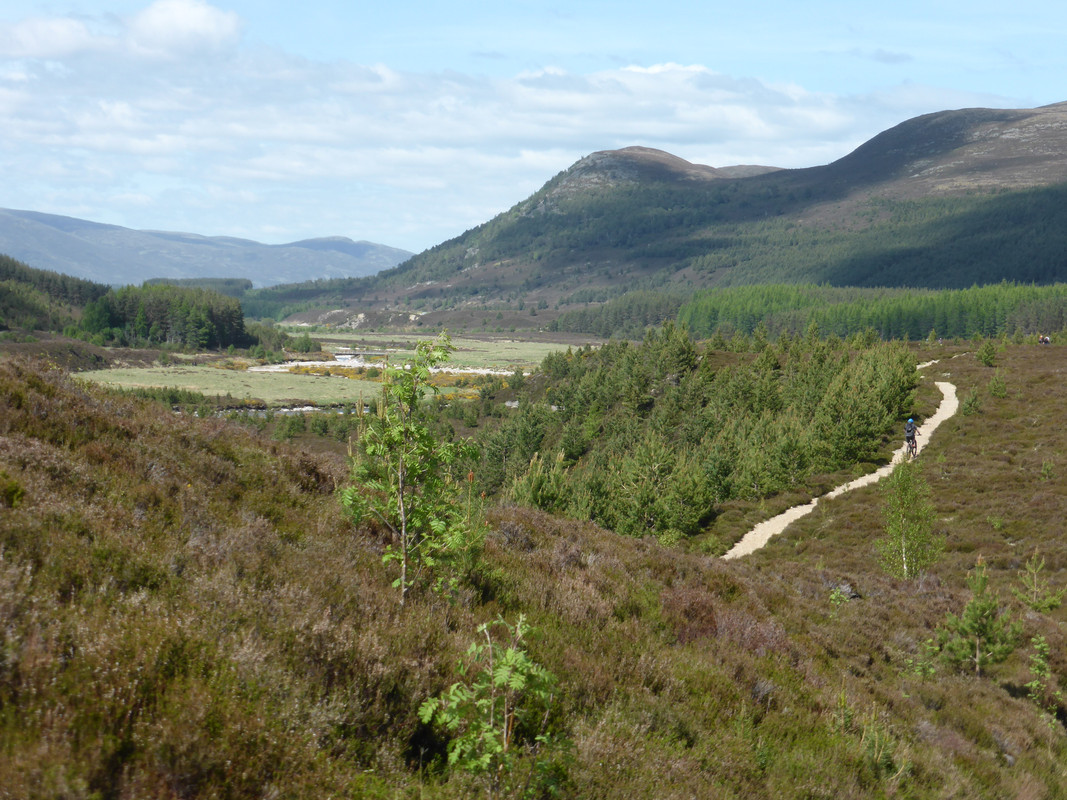 Piemonster on one of the rare times I was ahead of him (only because he'd stopped for a moment). 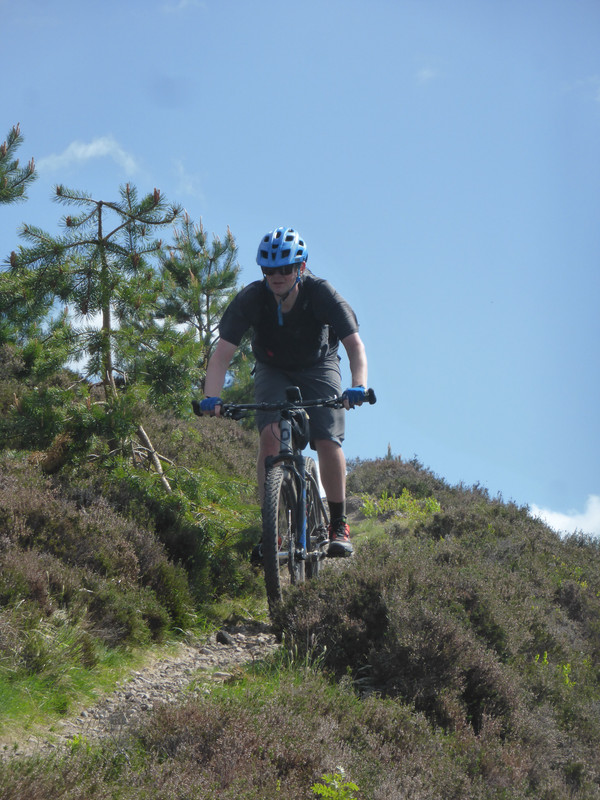 The crossing of the Allt Loch an Duin. Looking a lot more tame than it did two years ago. 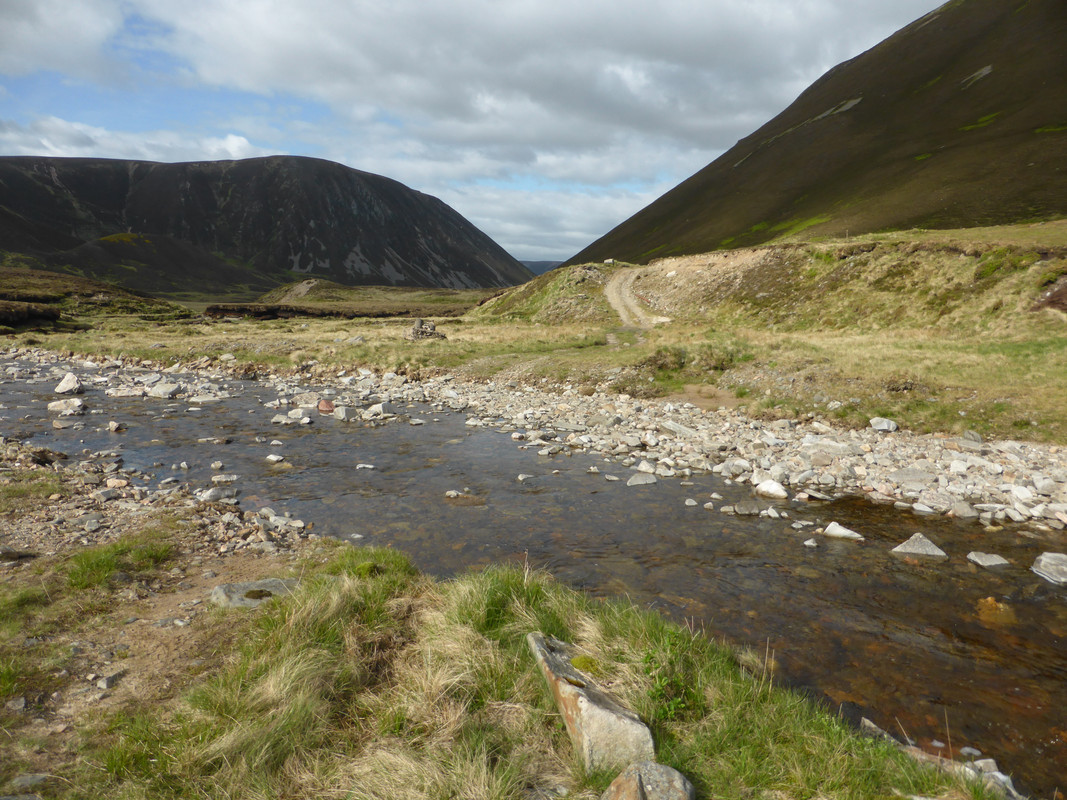 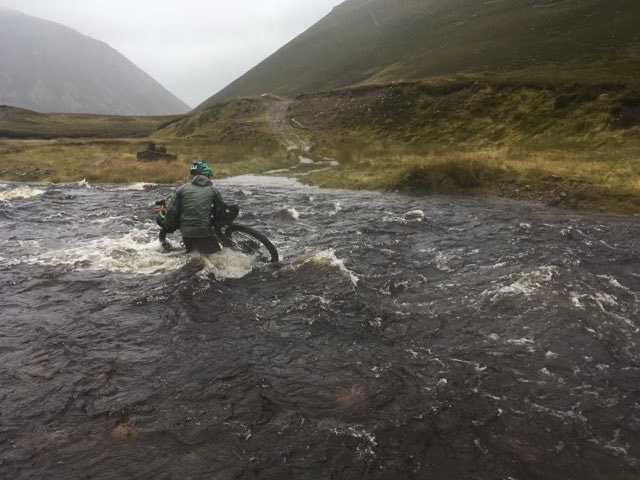 We made it back to Blair Atholl just before Food in the Park closed so inhaled a chippy!!
http://www.blog.scotroutes.com/

I'm just back from an overnighter gravel exploration of the Knapdale area with a friend with a nice camp spot with views of Islay and Jura. 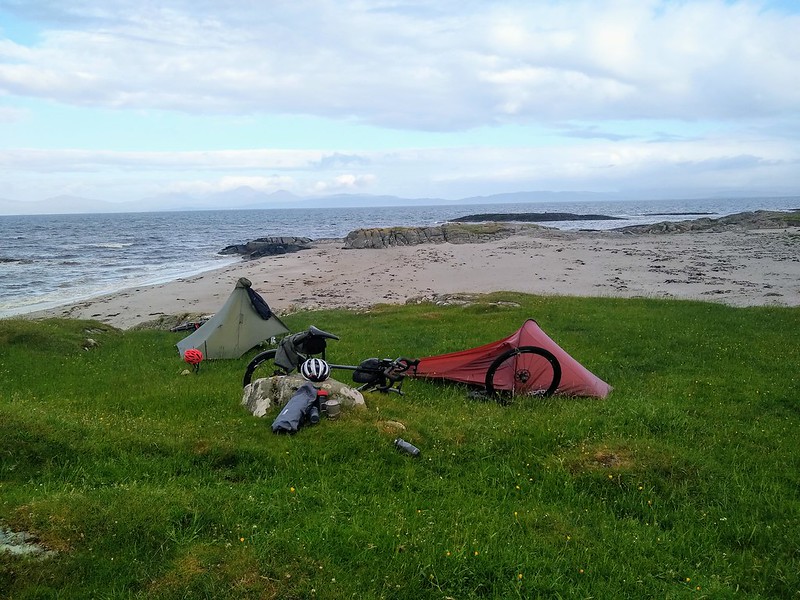 Nice! Got to love a night by the sea!
https://www.instagram.com/zimberella11/
Top
Post Reply
2614 posts