At the opposite end of the spectrum, I only managed to get out for a quick 3.7k in 21 minutes.
Top

I had a week off running and did biking instead

Today ran a fast 7 miler with a top ten on a long climb. Must have more weeks off. Superb conditions and I'd be out on the MTB later if I didn't have an evening zoom meeting
Elite keyboard warrior, DNF'er, Swearer
Top

Riding to work the next 2 days so did a longer one to keep up with my weekly mileage target.

14.4 miles of sunshine and dry trails, 1683 feet, 2 hrs 14 mins, heart rate averaged 134 and didn't go over 158, fully recovered from my Covid jab based on that. On the night straight after the jab my pulse was nearly that sat still

First run today after 4 weeks off with tendonitis. Decided to freestyle it with no music, no app, no phone, just my watch. Set myself an 18 minute timer to see how far I could comfortably make it - apparently, just a shade under 3.5km, which I was extremely chuffed with. That's a pace of about 5:10/km, I don't usually take short runs like that so I'm always a good bit slower at a max of around 6-6:30, but I'm bloody pleased with that. Evidently some fitness remains.
Top

I decided to "go long" today and try to keep stretching beyond my comfy 10kms. I planned out a route of 15km but it was 15.8 when I got back to the car so I had to run around a bit to also make sure it was over the 10 miles 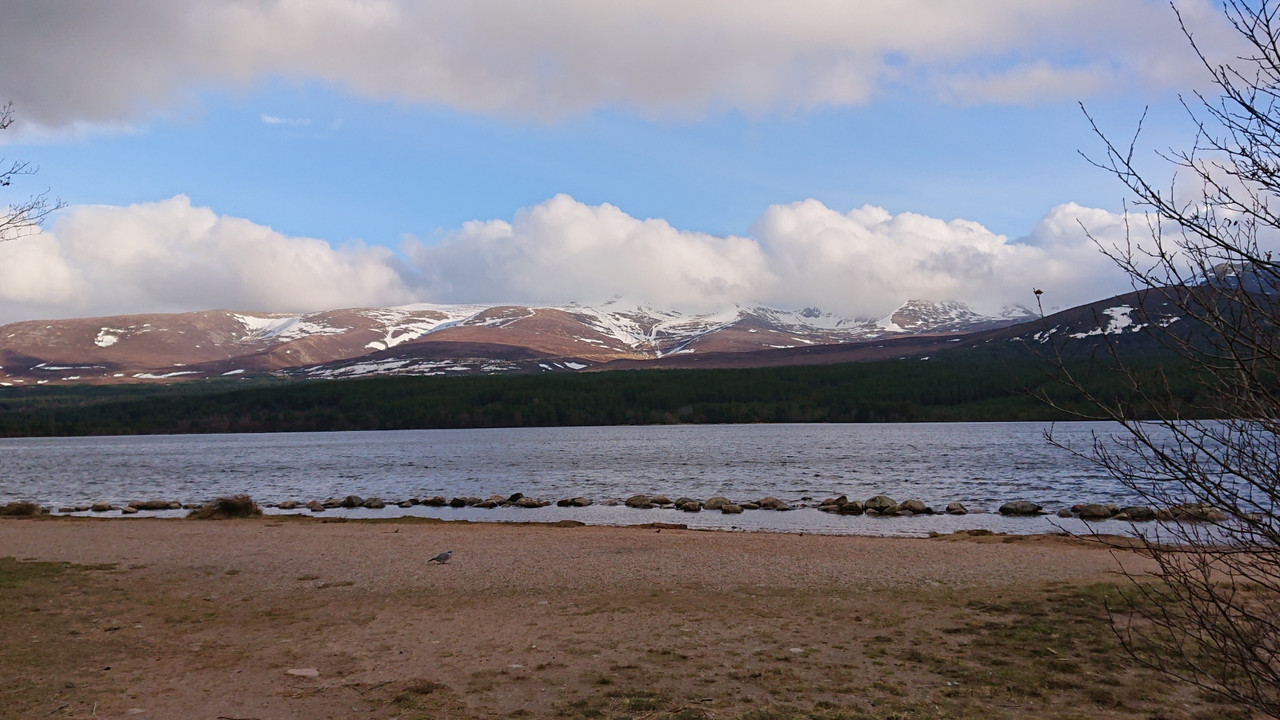 The sun was out I so thought I'd loop over the (small) ridgeline via a footpath that I vaguely remember having walked on years ago. The highlight was being circled by an Apache helicopter from the MOD base. The furthest I've run so far in terms of distance, time and elevation: 9.2k in 57 minutes and 98m of climbing. That felt good, just a shame I had to get back for a meeting or I'd have gone for 10k.
Top

5 min 40 would have been more likely

sub standard day at work. Then my wife ruins my run by giving some nonsense about bonking while cycling home and I need to pick the kid up from nursery. Bah. It was even sunny.

25 mins, no idea how far, had just warmed up for a hill session and had to turn and run back to the car.

A quick nip out at lunchtime, found my old pakajak so stuck that on because it was a bit brisk when I went out to the garage but the sun came out within 5 minutes so I ended up carrying the jacket for most of the way. I found a wooded footpath that avoids the multi-use path though it did involve several fallen down trees and a couple sets of log stepping stones through the boggier bits. 5.1k in 29 minutes.
Top

Had to go to have a look at a former railway tunnel now leased by Southern Water, it closed in 1966. I only had a look at the first half mile as we're quoting for a full survey of the tunnel so wanted to get a feel for the condition.

As it was 2pm when I finished there, and having realised in advance that would be my hours for the week I'd put most of my running kit on under my work clothes so parked up down the road, whipped off the shirt and tie, swapped trousers for shorts and laced up the trainers.

Headed east along the lower slopes of St Boniface Down, which as it contours round seemed to have more climbing than I expected. Dropped down through the Devils Chimney to the coastal path and down to the seafront. Turned west straight into a massive headwind

Followed the coastal path west to St Lawrence and then took the path up to the top of the downs. I passed the entrance to the St Lawrence Railway tunnel and the sheets covering it have been partially removed. It is apparently possible to get through and out the other end. This one closed in 1952. I was very tempted to run through as I would have been the first person to go through both tunnels in the same day in 69 years but I'll save that until I go all the way through the Ventnor one on the proper survey.

Turned east and followed the path along the top of the cliff back to Ventnor. Up St Alban;s Steps which are 100 foot of climbing to cut up to the next road up and then back to the car.

The watch showed a rather leisurely 10:22 min/mile. But I wasn't hurrying and quite a bit was very slippery steps and slopes covered in tree roots, both up and down.

Ran home from work. To make it interesting I tried to keep to as straight a line as I could from the school to the door whilst staying on footpath/bridleway predominantly. Short version, it was sort of fun, bit too much farmland for my liking. But I did get to tickle a lamb, so that is good. 22km ish, 850m of up and down, 2hrs 44mins.

LAter in the day run, wife was off swimming in cold water for the morning and we had child herding in the afternoon.

Piecing together the final bits of a BIG round I want to do locally. Wanted to see if I could link a section between two crags with a very direct route. Turns out I can, and it's great running to boot.

Today’s run didn’t happen because I managed to roll my good ankle while moving garden furniture. 10k will have to wait for a week or two.
Top

Didn't have as much time as I'd like after work so only fitted in a shorter one, so chose the hilly option at junctions to make up for it.

A fantastic route with a bit of everything, farm roads, hard packed trails, moorland, bogs and tussocks.

Really glad of the recce, as certain sections require a bit of local knowledge
Top

I had intended to get up early and do a RTWFH* (run to work from home) but when my alarm went off at 06:00 I decided pressing snooze every 10 minutes until 07:30 was the better option

I did manage my RTHFWFH* (run to home from working from home) so went out within minutes of turning the laptop off to make sure I did.

Put a bit more effort in to make up for my slackness this morning so was rewarded with 4 PBs and a 3rd overall on Strava, but as it was out of 20 that's not much to brag about

I love how Strava tries to encourage me to go faster, for one of the PBs it's suggested that I 'only' need to knock 1:09 off my time to get the crown, mmm, it took me 3:57 and that was pretty much my limit, how am I going to go 30% faster

A race...what hell on earth is this!

First orienteering race of the year. 1 hour score event around Lancaster Uni and surrounds. Cleared all the controls. Made quite a few errors, mostly related to not being 100% in the map, ran 9.5km in 52mins. Then, wife ran round faster :)

Went to the beach with the 4 year old. Ate ice-cream. Played in the sand and mud. Great day out.

I've been to Lancaster Uni, an ex was studying there. I didn't do any running though, mainly lots of drinking in the Union bar.

Not run since last Tuesday, work and bank holiday interfering with my routine.

Went out locally this morning, 7 miles, 1 hr and 682 feet. It looks like that was the only hour of sunshine we're getting today so that worked out well.
Adventure without risk is Disneyland - Bikemonger
Top

I had to work from the office today so to make the most of a bad lot I went for a run after work as the office has better* trails nearby. It also meant I could drop off my workshop rent as the landlords house is between where I park and the Tennyson Trail.

I was caught by a mountain biker on the trail, I could hear him coming behind me and I moved over, when he got to me it turned out to be someone I knew. I could hear the whirring of his motor, as he's at least 10 years younger than me - maybe 15 - much mickey taking ensued about his ebike. He tried to divert attention by telling me his new Cotic BFeMAX has recently arrived, ordered months ago, but that just made it worse as he should have been riding that

Nice way to end the day though, despite it being -2 degrees when I left home it was pleasant t-shirt weather this afternoon.

I banged out a 7 miler today. Nothing of interest to report apart from the lady taking a sh1t in a bush while her dog watched on. Hope the dog had a bag.
Elite keyboard warrior, DNF'er, Swearer
Top

I thought you'd moved to a quaint fishing village but recent accounts of it make it sound more like Swindon on Sea.
Adventure without risk is Disneyland - Bikemonger
Top

Prepping for a big run on Tuesday (65km ish) so finishing off with some final easy runs. Ran to the GPs to get second dose, then ran for another 1hour 30. Covered a "flat" 470m of vertical with a nice steady HR all the way round. Felt great.

A few more easy runs to do. A race on Sunday (<1 hour orienteering). Child's 4th birthday. Then hopefully on Tuesday get the route I've been planning for nearly a year done and out of my head.

Page 10 and still talking about running!!

I went for a longer trail type run yesterday, connecting a couple of bits of path which I've been meaning to check out for a while...bit of "discreet" ROW signposting by the landowner, but I got there...

I'm guessing, do all of us here who also run do this: always looking out for good bivvy spots?
Well I think I'll make this my bluebell one, just next to a bridleway which will be quiet at night. And there's a really unusual, nice field just a bit further on with a selection of picturesque big boulders on for sitting on for breakfast....
https://www.instagram.com/zimberella11/
Top

Raced today - well I say raced... I attempted to. 4th birthday of child today, fun day planned, brought presents to play with as we split our start times,.... but she vomited twice on the 50mins car journey to the race over her new toy and slippers (still played with them the trooper that she is).

Anyway...20mins late for my start, no warm up, mentally all over the shop, started and remembered instantly that I was on a really hard area. Painful first 20mins trying to get into the map in a rocky and rhodey area. Really tough. Stopped getting pissed off at myself. Slowed down and focused on finishing. Started to flow after about 30mins, but which point I should have been hitting the last 5 controls, not having 10 left. Finished well, then instantly swapped out to let my wife run.

Daughter spent the day in a snowsuit and was fine :)